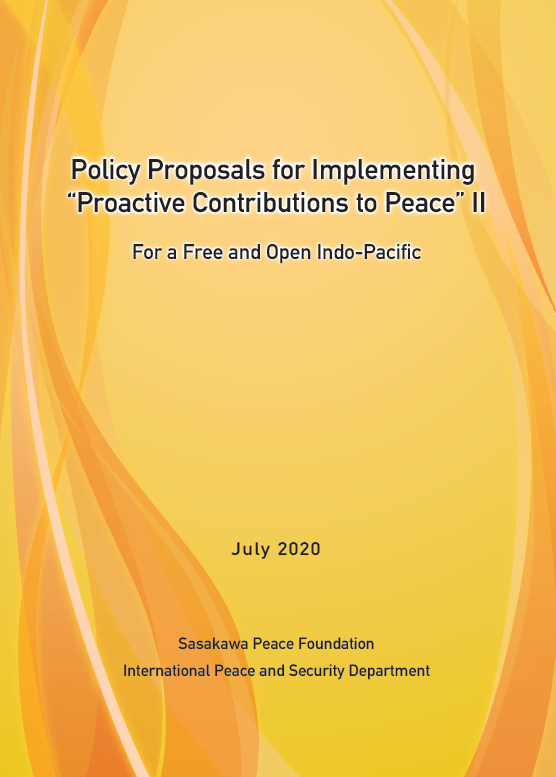 The Sasakawa Peace Foundation launched a policy research project in October 2017 to support implementation of the “Proactive Contribution to Peace” doctrine, which was laid out in the 2013 National Security Strategy by the Japanese government. The project tasks security experts, both practitioners and academics, with identifying high-priority areas that Japan must address in order to implement the “Proactive Contribution to Peace” doctrine.

The first report (Japanese only), which was published in September 2018 prior to the revisions of the National Defense Program Guidelines in December 2018, focused on Japan’s territorial defense. The second and final policy proposal for this project, “Proactive Contributions to Peace II ― For a free and open Indo-Pacific,” identifies urgent policies for Japan’s international security strategy, including the critical role of cooperation between Japan and the international community to maintain stability in the free and open Indo-Pacific region and beyond.

Authors – Order of Publication as of July 2020


*The views expressed by the authors are personal and do not reflect their affiliated organizations, past or present.