This project is conducting a comparative study of the negotiation tactics employed by European NATO member states in the period leading up to the 2016 NATO Summit Warsaw, with the aim of formulating recommendations for the alliance policy of Japan, another junior partner of the United States.

To gain implication for Japanese alliance policy through investigating the tactics of European junior partner of the US, the Sasakawa Peace Foundation co-hosted the Conference titled “The Intra-Alliance Diplomacy and the 2016 NATO Warsaw Summit: The Goals and Tactics of European Allies” with the Changing Character of War Centre, Pembroke College, Oxford, on 12 December, 2017. The conference focused on the policy goals of five European NATO member states (the UK, France, Germany, Poland and Romania), examined the negotiating tactics they employed to influence Alliance policy during the period lead-up to the Summit. 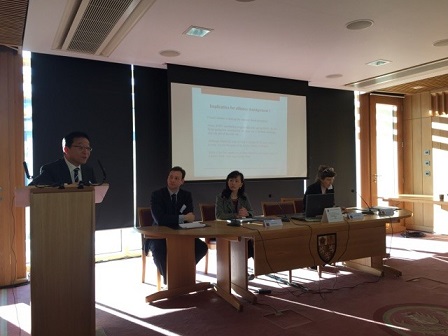 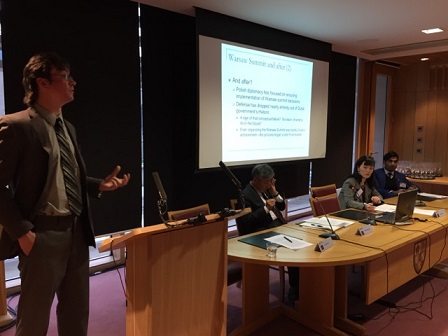 The followings are the papers submitted to the conference.

Introduction:
Introduction.pdf
US:
The Rationale of the US and its Expectations of its Allies at the NATO Warsaw Summit .pdf
UK:
The UK and NATO Warsaw Summit 2016.pdf
UK National Security Decision-Making in Context.pdf
France:
France and NATO Warsaw Summit 2016.pdf
Having Tea in Warsaw When Your Spirit is in Bamako.pdf
Germany:
Germany’s Changing Perception and its Role in the Alliance.pdf
Tactics towards the Warsaw Summit, In Case of Germany.pdf
Poland:
Poland’s Diplomatic Efforts to Assure Extended Deterrence within NATO.pdf
Romania:
Romania’s Approach to the Negotiations over NATO Defense and Deterrence Strategy.pdf
Romania, Black Sea Security and NATO’s South-Eastern Frontline.pdf