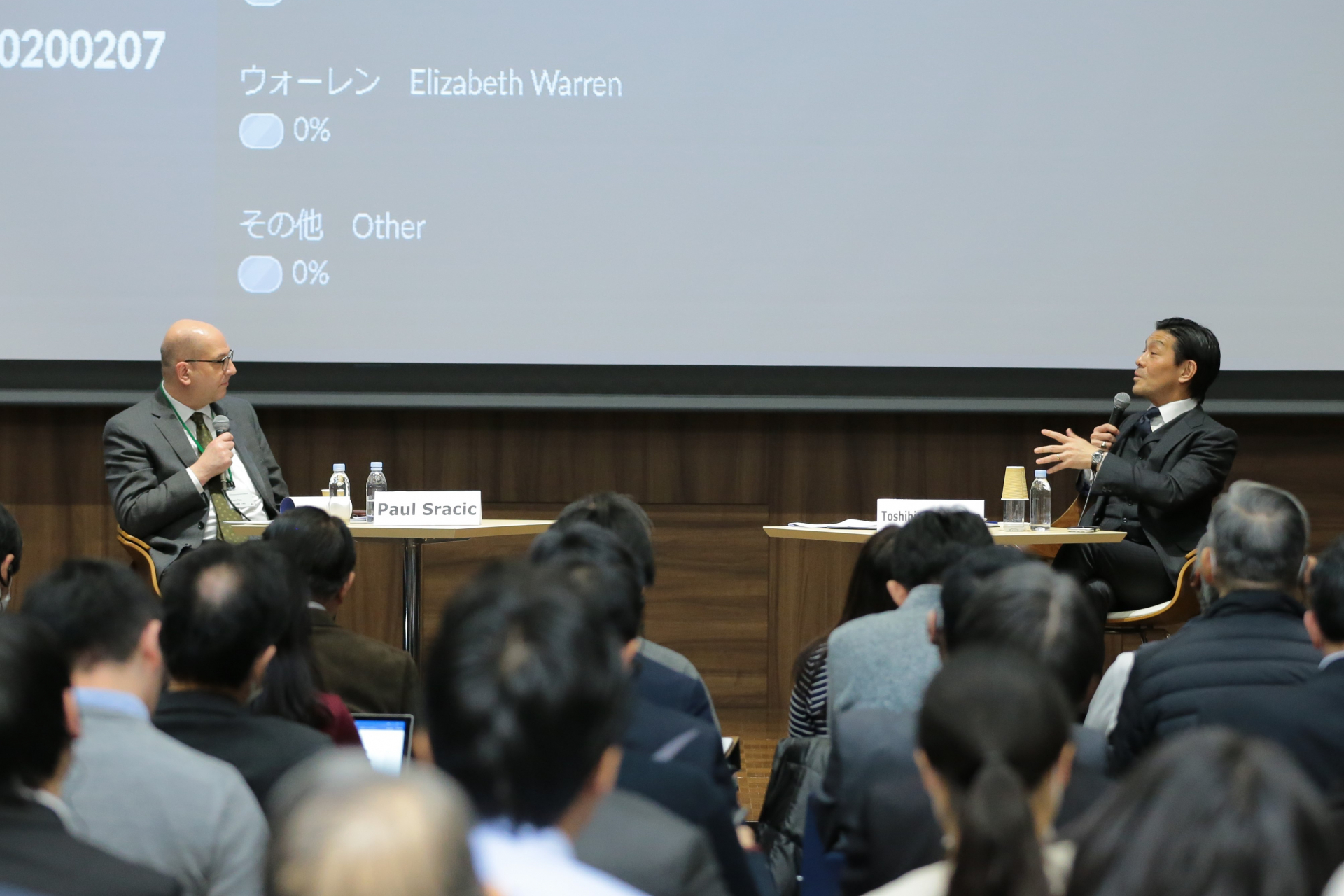 The latest seminar by the Japan-U.S. Program focused on American society and the 2020 presidential election

“This week has been very hectic and eventful,” said Executive Director Junko Chano to kick off the latest seminar held by the Japan-U.S. Program of the Sasakawa Peace Foundation (SPF) entitled “U.S. in 2020: Changing Society and Presidential Election.” The seminar was held on February 7, 2020, just on the heels of the first round of voting to nominate a Democratic candidate for president, the annual State of the Union Address, and the acquittal of President Donald Trump in the impeachment trial held by the Senate.

Amidst the uncertainty surrounding the nomination of a Democratic candidate for president and the deep political divides laid bare by the public clashes between Democratic and Republican elected officials in Washington D.C., the symposium aimed to assess the state of the current presidential election and trace the shifts underway in American society during this pivotal era. This task fell to the two featured speakers, Professor Toshihiro Nakayama from the Graduate School of Media and Governance at Keio University and Professor Paul Sracic from Youngstown State University in Ohio.

Confusion and division in the Democratic primary

Professor Sracic began the seminar by focusing on the ongoing selection of a Democratic candidate for president. This tumultuous process of winnowing a field of more than 20 candidates going into primary season began in earnest with the first-in-the-nation caucus in Iowa on February 3, 2020. In a typical election cycle, each state uses a series of votes (primaries and caucuses) to apportion out the number of delegates who will support the nomination of a particular candidate at the national convention, which for Democrats this year will be held in Milwaukee, Wisconsin in mid-July.

However, Professor Sracic argued that the election process in 2020 will likely not be business as usual. Due to a number of factors, including the crowded field of Democratic contenders and the lack of a breakaway candidate out of the first election contests, he raised the possibility of a “brokered convention.” Rather than having one candidate selected for the national convention in the summer on the first round of voting, this rare type of convention would feature several viable candidates fighting for votes on the floor, potentially exacerbating already deep divisions within the party.

“This could be very bad for Democratic unity in 2020 because whoever loses as a result of this trading back and forth may be very angry and think [the election] was stolen from them,” said Professor Sracic. 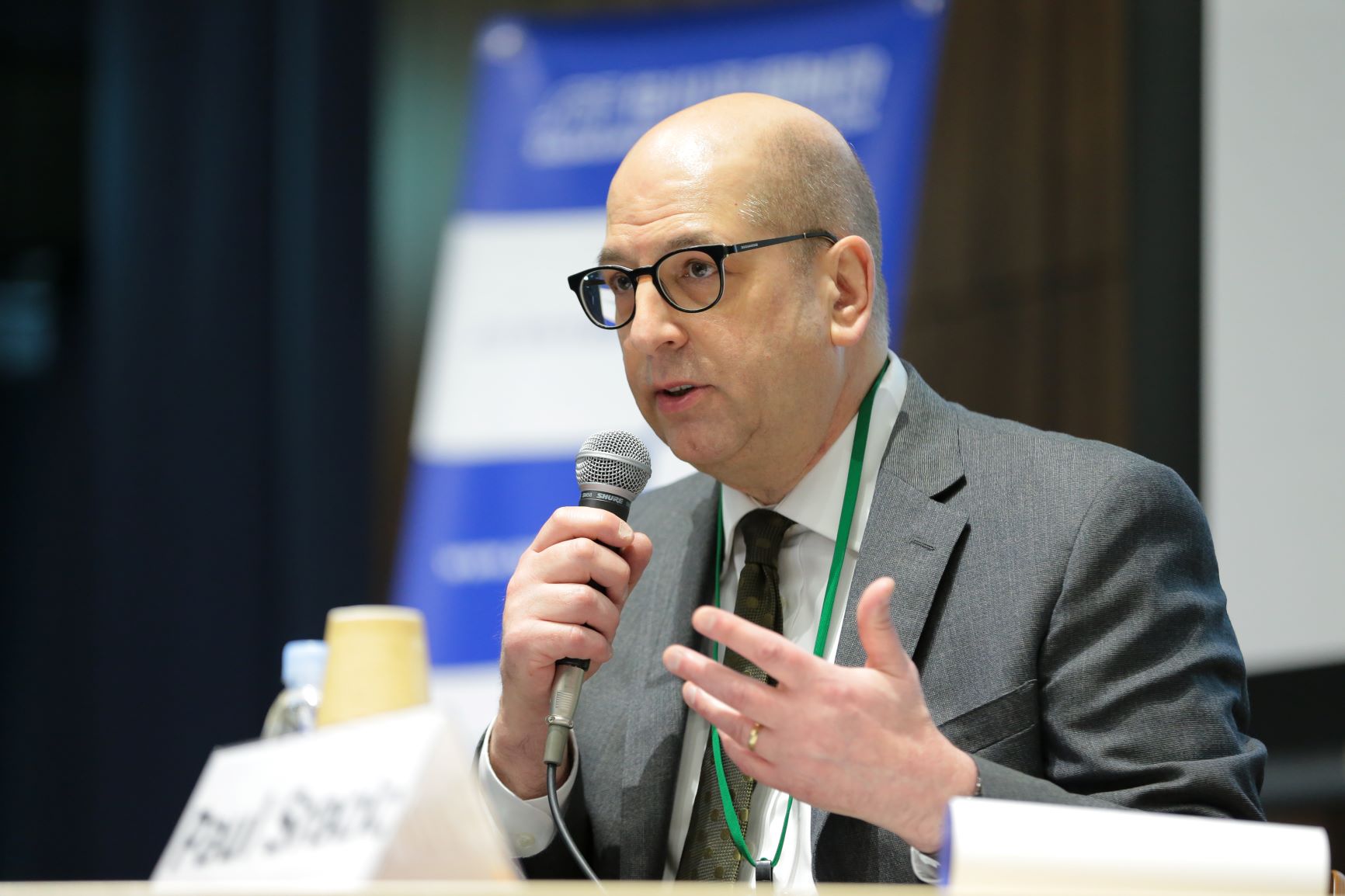 Further fueling the potential for a brokered contention are new rules limiting the power of superdelegates, a subgroup of delegates that make up around 16% of the vote total and are not bound to vote according to the popular opinion of their state. Following the fallout from the contentious 2016 primary season in which some Bernie Sanders supporters alleged that the superdelegates were deployed to ensure an easy victory for Hilary Clinton during the nomination contest, superdelegates are now banned from voting in the first nomination round. However, the unintended consequence of this rule change may be increasing the chances of seeing several viable candidates fighting it out on the convention floor through multiple rounds of voting.

According to Professor Sracic, the key day for the Democratic nominating process will likely be Super Tuesday, which is scheduled for March 3, 2020. As a result of California — the state with the highest number of delegates in the country — pushing up its primary to also fall on that day, about 40% of the total delegates in the nominating process will already be allocated compared to 25% in previous years. Professor Sracic argued that frontloading the voting has increased the likelihood that many candidates will be able to garner enough delegates to make a case for their nomination, further upping the chances of a brokered convention.

The widening gap between left and right

The event continued with Professor Nakayama taking a broad look at the larger shifts underway in the political system in the U.S., most notably the increasing polarization of the two major political parties.

On the Republican side, over the past several decades the party has shifted away from the more traditional definition of conservative ideology, which focused on issues such as small government and so-called traditional American values, toward a new ideology culminating in President Trump’s rise to power in 2016. Even as many mainstream Republicans have criticized Trump's version of conservatism, in which the ultimate goal seems to be protecting their own way of life by eliminating or excluding outsiders, the party as a whole has more or less rallied behind the Republican president. Given these shifting sands, Professor Nakayama remarked that “it’s not yet clear what national conservatism is right now.”

Meanwhile, the Democratic party has been growing increasingly liberal. Boosted by the mounting support for Bernie Sanders and his brand of socialism, the majority of Democrats now say that they see socialism as a viable school of thought, particularly younger people who are seeking social justice or other changes to society. 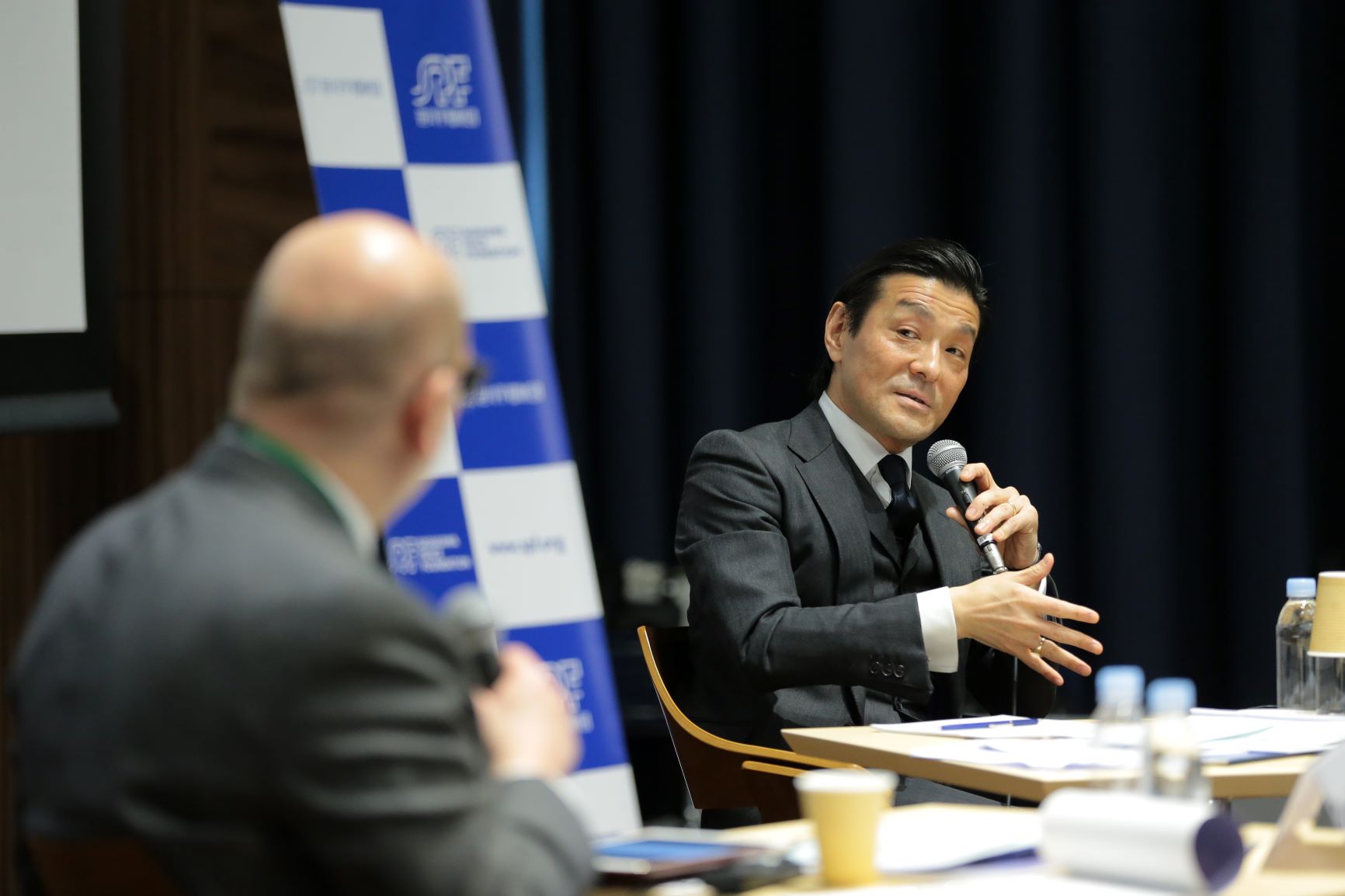 According to Professor Nakayama, this evolution in political thought on both sides has had severe consequences on the political discourse during national elections by widening the chasm between liberals and conservatives. When looking at changes to the population’s political views between 1994 and 2017, the U.S. has undergone a drastic shift from having a significant section of the voting public as moderate with the potential to be swayed to either side, to 2017 when the two sides have fled to their ideological borders.

“In 1994, you could have appealing message of trying to unite the sides, but in 2017 that doesn’t work,” he explained. “The probability of getting overlapping votes is near to impossible, so you have to focus on getting your loyal party votes and try to mobilize the voters who are already on your side.”

To conclude the session, the panelists and audience engaged in an interactive poll and discussion regarding who might emerge victorious in the 2020 election.

From the perspective of the international community and Japan specifically, Professor Nakayama argued that former Vice President Joe Biden would be likely to hold the standard foreign policy line of previous Democratic administrations and may be the choice for many in the international community. However, President Trump’s tough stance on China also has the potential to appeal to the Japanese population.

Professor Sracic agreed that President Trump may be in a strong position given that he has nearly a term of experience, increasing his legitimacy in foreign affairs. On the domestic front, he has also been able to rack up key victories in international trade, which was a central factor in the 2016 election that swung much of the white working class voters in the upper Midwestern states and labor unions away from the Democratic party, ultimately becoming a key voting bloc in electing Donald Trump.

However, if history is any indicator, reliable forecasts for the 2020 election will likely remain elusive, making the overriding theme of this event and the larger discussion around the U.S. in 2020 the utter unpredictability of the future, ensuring many twists and turns to come for political watchers in the U.S. and around the world.