A U.S. perspective on deterrence and disarmament in the 21st century 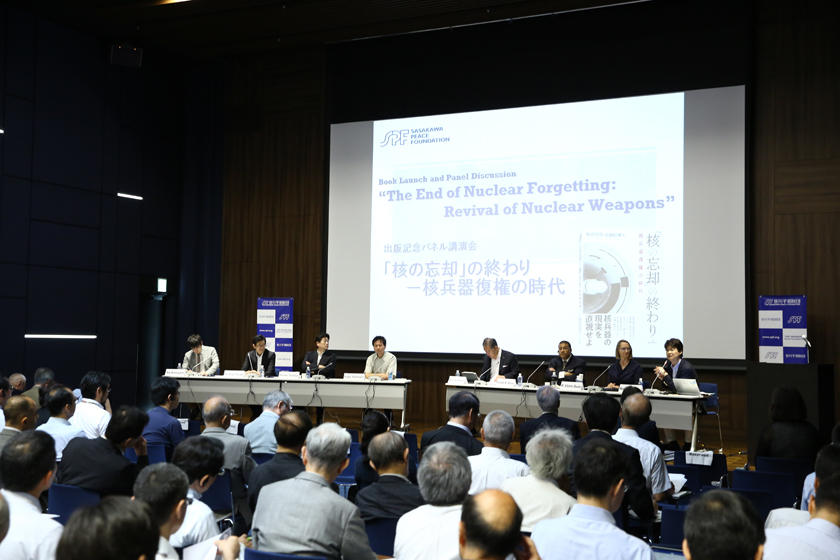 Ten years ago during a speech in Prague, then President Barack Obama announced that the United States, the only country to have used an atomic bomb, would commit to concrete steps toward realizing a world without nuclear weapons. While some interpreted this proclamation as a sign of progress toward a new non-nuclear age, the reality has proven to be more complex. Recent years have seen a resurgence of the central role of nuclear weapons in the international security dynamic driven by a return to great power competition between nuclear states, particularly the U.S., China, and Russia, and increasing threats from actors such as North Korea. Further complicating the situation, rapid technological advances have thrust warfare into new domains, notably space and cyber, with significant implications for the future of nuclear policy.

To consider these shifts in the discussion about nuclear issues, the Japan–U.S. Program of the Sasakawa Peace Foundation (SPF) published a new book entitled The End of Nuclear Forgetting: Revival of Nuclear Weapons (Japanese only) edited by Nobumasa Akiyama, professor at the Graduate School of Law at Hitotsubashi University, and Sugio Takahashi from the National Institute for Defense Studies. The book features in-depth analysis by a panel of Japanese scholars and security specialists aiming to address the reality of nuclear weapons in modern international relations from a Japanese perspective.*

On the occasion of the book launch, the Japan–U.S. Program organized a seminar on July 19, 2019, assembling two expert panels. Given the central role of U.S. nuclear policy in the international dialogue regarding disarmament and deterrence, the second panel featured a conversation with two former U.S. government officials: Frank A. Rose, former Assistant Secretary of State for Arms Control, Verification, and Compliance; and M. Elaine Bunn, former Deputy Assistant Secretary of Defense for Nuclear and Missile Defense Policy. These distinguished experts provided a comprehensive view of the issues surrounding U.S. deterrence and disarmament strategy, opening a window into the analytic challenges facing policymakers in the 21st century.

Deterrence and disarmament in a shifting strategic landscape

Ms. Bunn began the panel by noting the timeliness of the discussion, stating that “after decades when we collectively thought very little about nuclear deterrence issues, it’s very much back in the conversation in both our nations and elsewhere.”

Throughout her remarks, Ms. Bunn outlined the theoretical underpinnings of U.S. deterrence strategy, which fundamentally seeks to deter attacks, reassure allies of the U.S. commitment to their defense, and maintain the option to respond in the case that deterrence fails. To achieve these objectives, she emphasized that the U.S. must continuously endeavor to understand the motivations and priorities of any potential adversaries, maintain clear and credible messaging to reduce the potential for misperceptions that could escalate to conflict, and adapt the mix of capabilities for deterrence based on the situation, which should include not only nuclear options but also other capabilities such as cyber and diplomacy.

Ms. Bunn also noted how the shifting security environment around the world, which now incorporates a wider range of actors with increased capabilities, has placed new strains on current deterrence policy. “It’s not surprising that we in the U.S. see some worried allies in northeast Asia and also in NATO,” explained Ms. Bunn, pointing to North Korean nuclear and missile tests, Russia’s “nuclear saber-rattling rhetoric,” and an increasingly assertive China in the South China Sea and around the Senkaku Islands. “Allies who live in a potentially dangerous neighborhood want to know more and more about how the U.S. thinks about its own nuclear forces and planning and about how the U.S. might respond.”

Mr. Rose also discussed the shifting strategic landscape, pointing to the rise of China and a broader return to great power competition between the U.S., Russia, and China as fundamentally altering the world order that defined the post-Cold War era. This, he argued, has led to a collapse of the U.S.-Russia strategic stability framework, which was largely defined by the two-state one-weapon model. “The demise of the Anti-Ballistic Missile (ABM) Treaty in 2001 and the demise of the Intermediate-Range Nuclear Forces (INF) Treaty are a direct result of the frameworks’ inability to adjust to the changes in the security environment,” explained Mr. Rose. 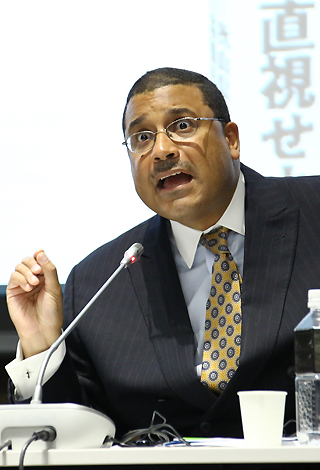 In the face of these shifts back toward great power competition, he identified arms control as a key factor in managing instability, particularly regarding nuclear weapons. However, he noted that in some cases U.S. policy has overemphasized reducing the number of nuclear weapons without adequately maintaining stable deterrence, which has instead increased uncertainty. “We need to get back to the stability-focused approach to arms control,” said Mr. Rose, advocating for cooperative efforts to develop norms and build consensus among key players to ultimately reduce the risk of miscalculation.

To contend with increasing instability, he proposed extending the New START Treaty, which will expire in 2021 if not renewed by the U.S. and Russia, integrating China into a future stability framework, and developing norms for new domains such as space and cyber. However, a key issue will be convincing China that cooperating in an international arms control agreement is in its strategic interest rather than continuing its development outside of the treaty system.

A world without nuclear weapons?

While the majority of the discussions focused on ways to contend with the existence of nuclear weapons in the context of international relations, the question of whether the world will ever be free of nuclear weapons loomed large over the day’s conversations. Ms. Bunn argued that even from a technical perspective, complete disarmament may be beyond reach. “You can't get rid of the knowledge and you can't get rid of the materials,” she explained, noting that the half-life for the fissile materials used to make nuclear weapons range from 24,000 years to 75 million years, and the knowledge of how to make nuclear weapons has already spread around the world. In addition, Ms. Bunn maintained that even in the event of complete denuclearization, the challenge becomes how to prevent a race to rearm in a crisis.

Mr. Rose agreed, saying in a roundtable discussion following the event that “I think grand visions of a nuclear-free world are going to have to be put on hold for some time.” Instead, he asserted that hindsight will likely show the period from the 1990s to the early 2010s to be an aberration, with managed competition emerging as the predominant pattern of international relations. Given this pragmatic stance, he still expressed hope that nuclear policy can contribute to the stable management of risk even in a world with nuclear weapons. “If in the next 20 years we don’t reduce a single nuclear weapon but we don’t have nuclear use, that’s my definition of success,” said Mr. Rose.