Organized by Sasakawa Peace Foundation and National University of Singapore, Institute of South Asian Studies (NUS-ISAS)
With the end of the Cold War, the Association of Southeast Asian Nations (ASEAN) emerged as the fulcrum around which Indo-Pacific’s economic, political and diplomatic interactions took shape. Its emergence as the node of Indo-Pacific’s regional integration, however, depended upon three factors: the peaceful rise of China as the region’s economic torchbearer; the continued American commitment to the region’s security and stability; and a shared Sino-American understanding on avoidance of any direct conflict between the two major powers in the region. However, in the last decade, all these assumptions have become problematic. For one, China’s economic rise has fueled its military and territorial assertiveness, most evident in its unilateral imposition of its maritime claims in the South China Sea. America’s relative decline and its growing domestic polarisation, on the other hand, have raised questions over its commitment to the region’s security and stability. However, what is most disturbing for ASEAN is the ongoing transition of power in the region and the threat of hegemonic wars between a rising China claiming primacy and a declining hegemon bent at preserving the status quo. China’s rise has also stoked apprehensions in the minds of the region’s other major powers such as India and Japan which are now actively collaborating with the United States (US) to arrest China’s territorial assertiveness and diplomatic coercion. The emergence of the Quad as a new security institution in the region has grave consequences for ASEAN’s otherwise central role in the region’s geopolitics. Though both Japan and India constantly reaffirm ASEAN’s central role in shaping the region’s future, ASEAN’s divided loyalties between China and the US, its allies and partners have also made them question its commitment to the rule of law and its ability and sincerity in addressing the issues stoked by China’s aggressive intent and actions.

How do the Quad states perceive ASEAN’s evolving role in managing the fallout of China’s rise, America’s decline and the ensuing contest of power and resolve between the major powers in the region? How can ASEAN ensure a stable Indo-Pacific when it is deeply embedded in the Chinese economy on one the hand, and American security commitments on the other? How does ASEAN perceive the emergence of the Quad as a new security institution in the region? What are the complementarities and contradictions between the Quad and ASEAN?

The panel discussion will focus on the interaction between the Quad and ASEAN as two regional institutions in the Indo-Pacific and how their interaction can provide a meaningful way forward to address some of the pressing questions of economic interdependence, maritime stability and rule of law in the region.

You can watch our previous discussions:
Click here for "Post-Election US Policy Toward the Indo-Pacific: Expectations and Concerns" (November 2020)

Click here for "Institutionalising the Quad: Can it Seize the Momentum for the Future?" (January 2021) 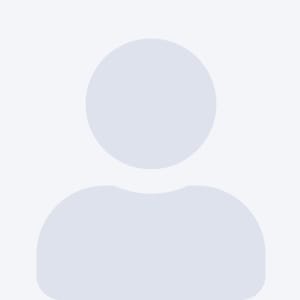 Dr Saya Kiba is an associate professor at Komatsu University in Ishikawa Prefecture, Japan. Her major fields of interest are Southeast Asian studies, civil-military relations, international cooperation policies, and defense diplomacy. Prior to that, she served as a member of staff to Congressman Seiji Maehara from 2010 to 2012. She has also worked in the Embassy of Japan in the Philippines, Embassy of Japan in Thailand, and a Japan-based international organization for conflict prevention. Her recent English-language publications include "Disaster Diplomacy or Commitment to Global Health? Japan's Foreign Aid on COVID-19 Response," in Liaison Magazine 12(1) published by the Center for Excellence in Disaster Management and Humanitarian Assistance, Hawaii, and "Opposition in Power and their Foreign Policies 2009–2012: Legacy of DPJ through Policy Comparison,” in the book Japan’s Foreign Policy in the Twenty-First Century: Continuity and Change, (Lam Peng Er and Purnendra Jain eds.) published by Lexington Books in 2020. She holds a master's degree in political science from Doshisha University, Japan and obtained her Ph.D. in political science from Kobe University, Japan.

Dr Shankari Sundararaman is Professor at the Centre for Indo-Pacific Studies. Her areas of research relate to Southeast Asia with a particular focus Indonesia, Cambodia and Myanmar. She has been a former Visiting Fellow to the Asia-Pacific College of Diplomacy at the Australian National University, Canberra and a Visiting Fellow (Ford Foundation scholar) with the Asian Scholarship Foundation at the Centre for Strategic and International Studies (CSIS) at Jakarta, Indonesia. She has published several articles and book chapters related to her areas of research on Southeast Asia and the Indo-Pacific.

Dr Yogesh Joshi is a Research Fellow at the Institute of South Asian Studies (ISAS) at the National University of Singapore. Before joining ISAS, Dr Joshi was a MacArthur and Stanton Nuclear Postdoctoral Fellow at the Center for International Security and Cooperation, Stanford University, United States (US). He is also an alumnus of Summer Workshop on the Analysis of Military Operations and Strategy, Columbia University and the International Nuclear History Boot Camp, Woodrow Wilson Center. He has a doctorate in International Politics from Jawaharlal Nehru University, New Delhi.
Dr Joshi is co-author of three books: India and Nuclear Asia: Forces Doctrines and Dangers (Georgetown University Press, 2018); Asia’s Emerging Balance of Power: The US ‘Pivot’ and Indian Foreign Policy (Palgrave Macmillan, 2016); and India’s Nuclear Policy: A Short Introduction (Oxford University Press, 2018). His research has been published in Survival, Asian Security, India Review, US Naval War College Review, International Affairs, Contemporary Security Policy, Diplomacy and Statecraft, Asia Policy, International History Review and Harvard Asia Quarterly.
Dr Joshi’s research focuses on contemporary Indian foreign and national security policy, with an emphasis on the Indo-Pacific’s balance of power, evolution of India’s military power and its approach to use of force in international relations.

Registration via the event portal site (below)
*This is a free event and there will be no admission fee required.
Once registered, an email with the webinar access URL (Zoom), Meeting ID and password will be sent to your inbox.

(In Sasebo) Community Conversations Seminar Series: The Japan-U.S. Alliance and the Senkaku Islands: A Source of Conflict or Strategically Important?

(In Misawa) Community Conversations Seminar Series: Has Japan Finally Become a Reliable Partner? A Look at the Evolution of Japan's Security Policy