March 22, 2022
Overview
Over the past decade, there has been a dramatic expansion and strengthening of international security cooperation involving Japan’s Ministry of Defense and Self-Defense Forces (SDF). Japan now holds two plus-two meetings of foreign and defense ministers with several countries other than the United States, resulting in policy discussions at all levels and the conclusion of an array of defense agreements. The SDF are regularly engaged in exchange, joint training, and joint exercises with the militaries of other countries—even after the outbreak of COVID-19—and are expanding the use of such tools as the provision of capacity building assistance and used defense equipment to foreign forces.
Such “defense diplomacy” among defense authorities has become a global trend. A variety of initiatives are undertaken by the United States, the countries of Europe, Australia, China, and many others to build favorable relationships with other militaries. Efforts to build stronger defense ties and create a desirable security environment are becoming increasingly important as strategic confrontation in the Indo-Pacific between Washington and Beijing escalates into great power competition and heightens political uncertainty not only in East Asia but also in the areas between the Middle East and Western Pacific
Given this, the Defence Diplomacy Project at the Sasakawa Peace Foundation has conducted a thorough study on this matter and issued this report with 9 specifc policy proposals on urgent issues confronting Japan’s defense and foreign policy.
Ippeita Nishida and Tsuneo Watanabe
On behalf of all co-authors 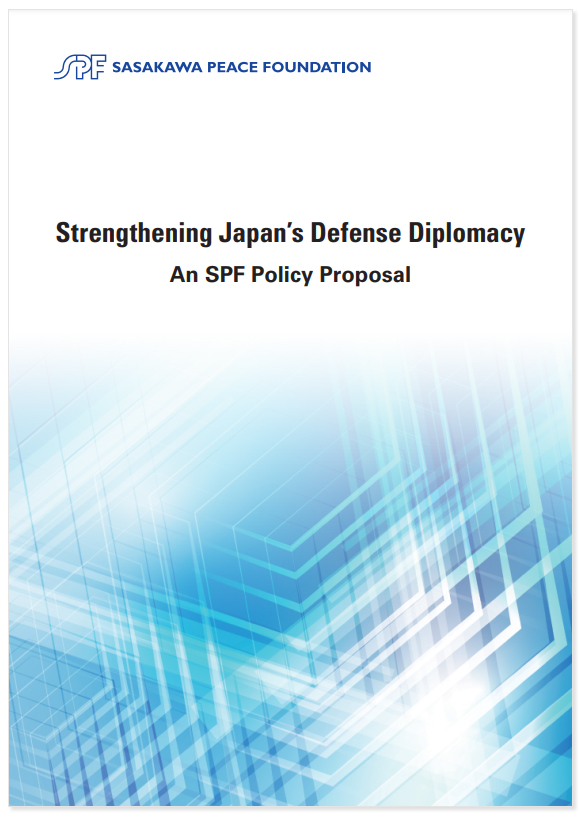 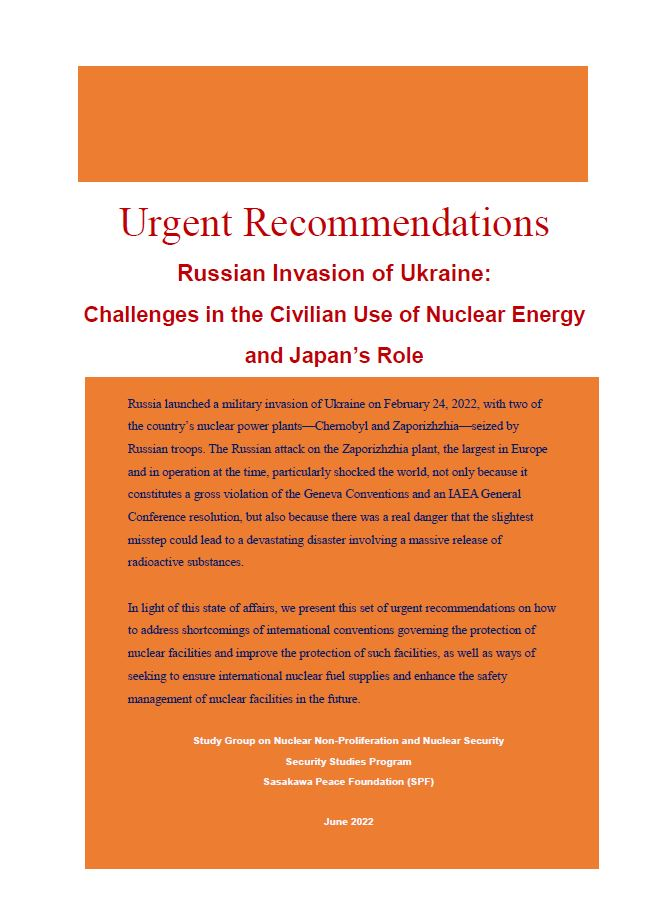 The Study Group on Nuclear Non-Proliferation and Nuclear Security (chaired by Professor Tatsujiro Suzuki, Nagasaki University), established by the Security Studies Program of the Sasakawa Peace Foundation, has published a set of urgent recommendations entitled "Russian Invasion of Ukraine: Challenges in the Civilian Use of Nuclear Energy and Japan’s Role.”

Strengthening Japan’s Defense Diplomacy draws on research conducted by the Sasakawa Peace Foundation’s Defense Diplomacy Project to offer proposals on urgent issues confronting Japan’s defense and foreign policy. The nine proposals presented here have been drafted by seven authors with diverse areas of expertise and points of view—including former senior officials of the Ministry of Defense and the Self-Defense Forces—following a process of extensive debate and mutual review.

March 22, 2022
Explore Our Reports and Publications