Proposals to the Japanese Government Concerning International Management of Plutonium 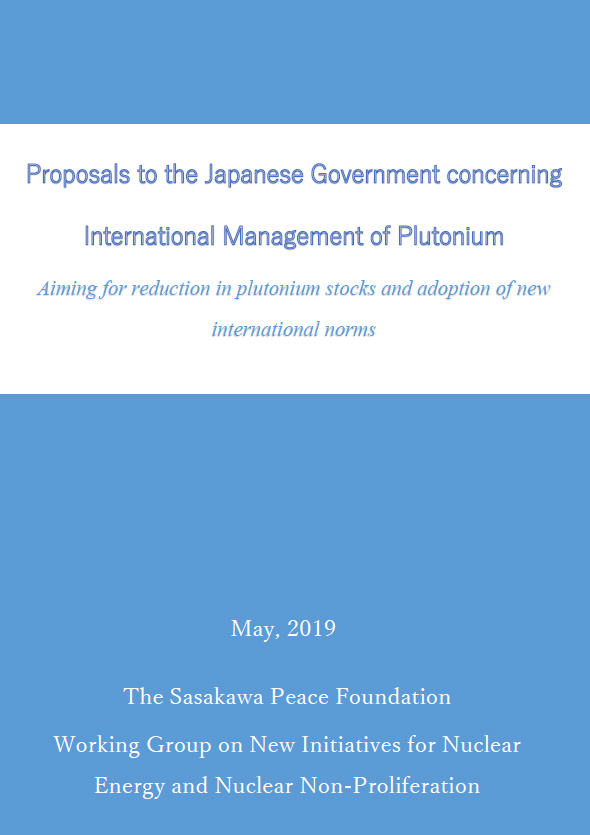 In September 2018, SPF launched the Working Group on New Initiatives for Nuclear Energy and Nuclear Non-Proliferation. Japan, as a leading nation in the peaceful uses of nuclear energy and the only country that suffered nuclear bombings during World War II, has a significant role to play in advancing the conversation around nuclear disarmament and nonproliferation. To this end, the Working Group set out to consider a range of topics including Japan's lessons learned from the Fukushima nuclear accident, strategies to control and manage nuclear fuel on a global scale, ways for Japan to contribute to denuclearizing North Korea, and the new approaches to nuclear disarmament, nuclear non-proliferation, and the peaceful use of nuclear energy, to name a few. The results of these discussions will be compiled into a comprehensive set of policy recommendations arranged according to subject.

This report presents the first set of proposals, which focus on the international management of plutonium with the ultimate aim of reducing global plutonium stocks and encouraging the adoption of new international norms. (Click here for the full report)

These proposals are supported by the Working Group members. However, this Working Group takes no particular position on the peaceful use of nuclear energy

*Please note that Mr. Sagayama asked not to be listed as a member who supports the recommendations.

The content of this report does not indicate the views of the respective nations or specific organizations to which the authors belong.