Urgent Recommendations “Russian Invasion of Ukraine: Challenges in the Civilian Use of Nuclear Energy and Japan’s Role” 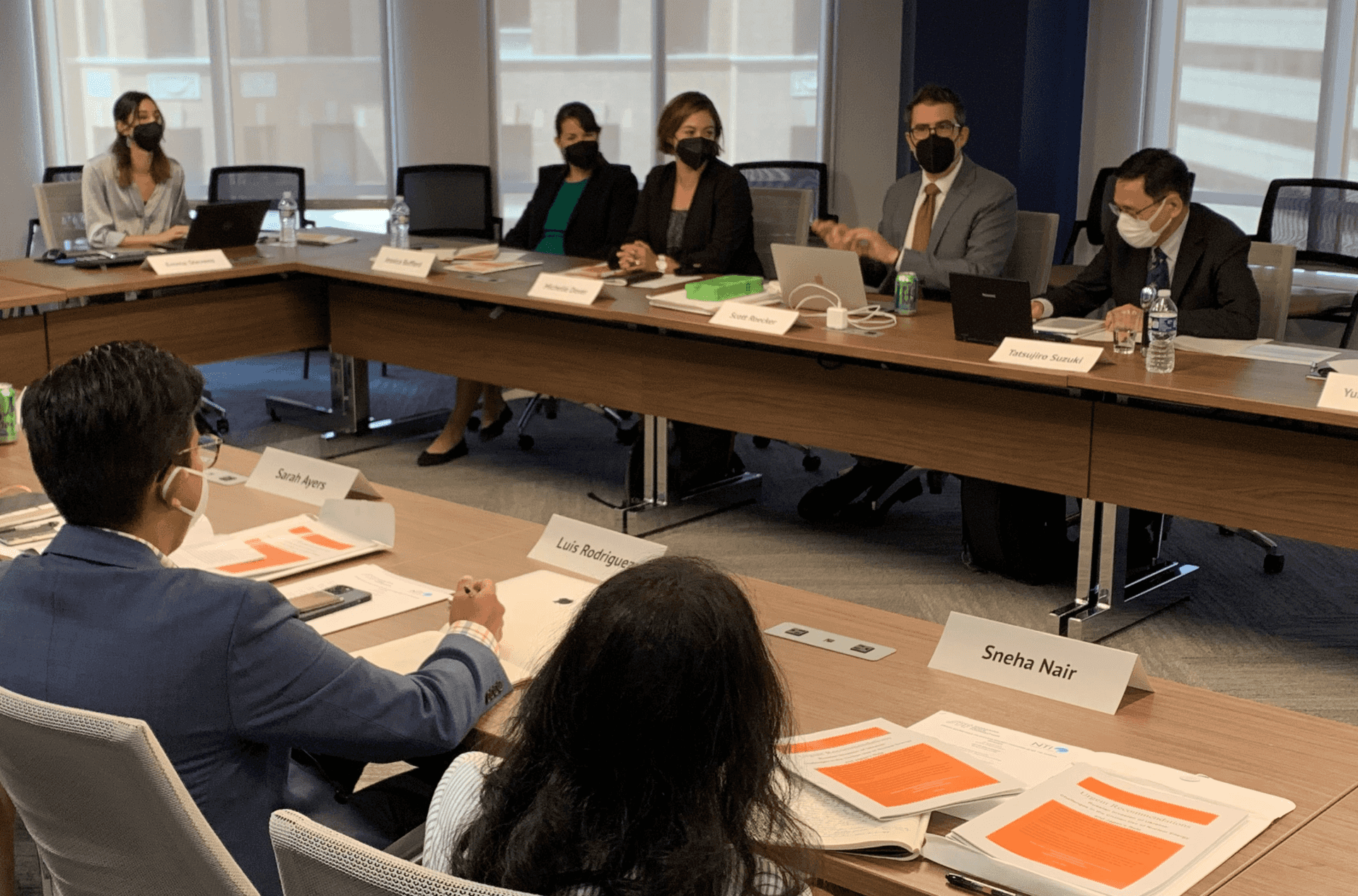 On August 22, 2022, the Security Studies Program of the Sasakawa Peace Foundation (SPF) held a roundtable event at the U.S. think tank Nuclear Threat Initiative (NTI) in Washington, D.C., to discuss the recently published urgent policy recommendations entitled “Russian Invasion of Ukraine: Challenges in the Civilian Use of Nuclear Energy and Japan’s Role.” These recommendations were prepared by the Study Group on Nuclear Non-Proliferation and Nuclear Security, which was established by SPF’s Security Studies Program. The roundtable event welcomed 16 participants, including nuclear security specialists from NTI and other organizations, as well as policymakers from the U.S. Department of State and Department of Energy.

From August 21-28, Professor Tatsujiro Suzuki of Nagasaki University and chairman of the study group; Masakatsu Ota, senior writer and editorial board member of Kyodo News and member of the study group; and Yuki Kobayashi, research fellow of SPF’s Security Studies Program, travelled to the U.S. to continue the work of the study group, including attending the Review Conference of the Treaty on the Non-Proliferation of Nuclear Weapons (NPT) at the United Nations Headquarters in New York. As part of these efforts, the roundtable event with vice president of NTI's Nuclear Materials Security Program, Mr. Scott Roecker, was held to share these urgent policy recommendations with stakeholders in the U.S.

At the beginning of the session, Professor Suzuki outlined the policy recommendations and pointed out the importance of reviewing current assumptions about threats to nuclear facilities in light of Russia’s attack on nuclear facilities in Ukraine. He also noted that it is necessary to respond appropriately to situations where it is not possible to immediately distinguish between an act of terrorism and a military attack. Next, Mr. Ota emphasized that the security environment is becoming increasingly severe in East Asia, including escalating tensions in the Taiwan Strait and the possibility of an emergency on the Korean Peninsula, raising the likelihood of an attack on nuclear security in the region. He argued that Japan should take the lead in revising international norms on the protection of nuclear facilities.

Next, three NTI experts commented on the urgent policy recommendations. Mr. Roecker agreed with the proposal to amend international norms, pointing to a case in the 1980s when India and Pakistan agreed not to attack nuclear facilities in the opposing country. Mr. Roecker argued that it is necessary to discuss how to create similar agreements on a multilateral basis.

Finally, the roundtable participants engaged in a lively discussion focusing on how to establish new international norms concerning the protection of nuclear facilities. The participants proposed that in addition to discussions at the national level, where the International Atomic Energy Agency plays a central role, multi-layered discussions are also necessary and should include nuclear industry and nuclear security experts. In addition, Japan should lead discussions on nuclear security at the 2023 G7 Summit in Hiroshima, as the only country to have suffered an attack by atomic bombs.

On June 17, 2020, the International Peace and Security Department of the Sasakawa Peace Foundation (SPF) held an online briefing to present a new policy recommendation entitled “Japan’s Contribution to Global Nuclear Disarmament and Non-Proliferation: Toward a Policy for Fulfilling the Responsibilities of Japan as the Only Country to Have Suffered From Atomic Bombs.”

To bring together perspectives from central Europe and East Asia, this event welcomed a panel of security experts from Hungary and Japan for frank discussions regarding the security challenges facing both regions in light of Russia’s actions.

SPF Visiting Fellow Darshana Baruah discussed the strategic significance of islands in the Indo-Pacific framework and the outlook for great power competition in the Indian Ocean.