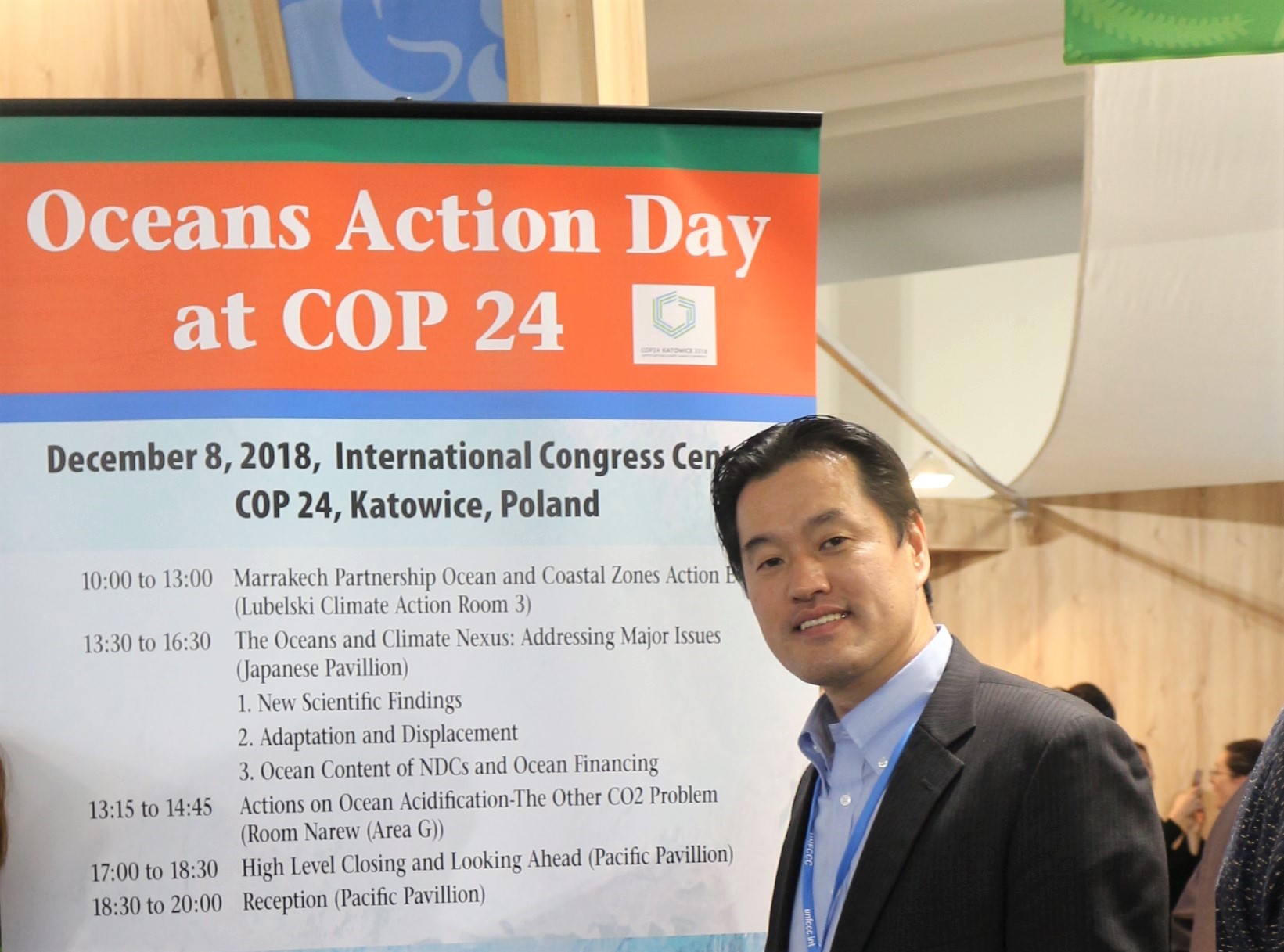 Ocean warming, acidification, deoxygenation, and marine heatwaves are all pressing marine issues that are quietly intensifying around the world. These challenges are diverse and occur on a massive scale, making it difficult for people to understand the full extent of the problem. To shed some light on this topic, the Sasakawa Peace Foundation (SPF) spoke with Mr. Tsunoda, Senior Research Fellow at the Ocean Policy Research Institute (OPRI).

— What is ocean acidification and why is it occurring?

— What are the effects of ocean acidification?

Mr. Tsunoda: When seawater becomes more acidic, the number of carbonate ions in the water goes down. This creates a problem for organisms that have a shell or a skeleton made of calcium carbonate.

For example, between 2005 and 2009, ocean acidification on the west coast of the United States caused problems for oyster farming. In the Arctic Ocean and elsewhere, there are concerns about the decrease in the number of organisms with calcium carbonate shells and the subsequent effects on the marine life that feeds on those organisms. When the natural food chain breaks down, it eventually reaches human beings at the top of the chain, but it’s difficult to predict the nature of these effects or how far reaching they will be. 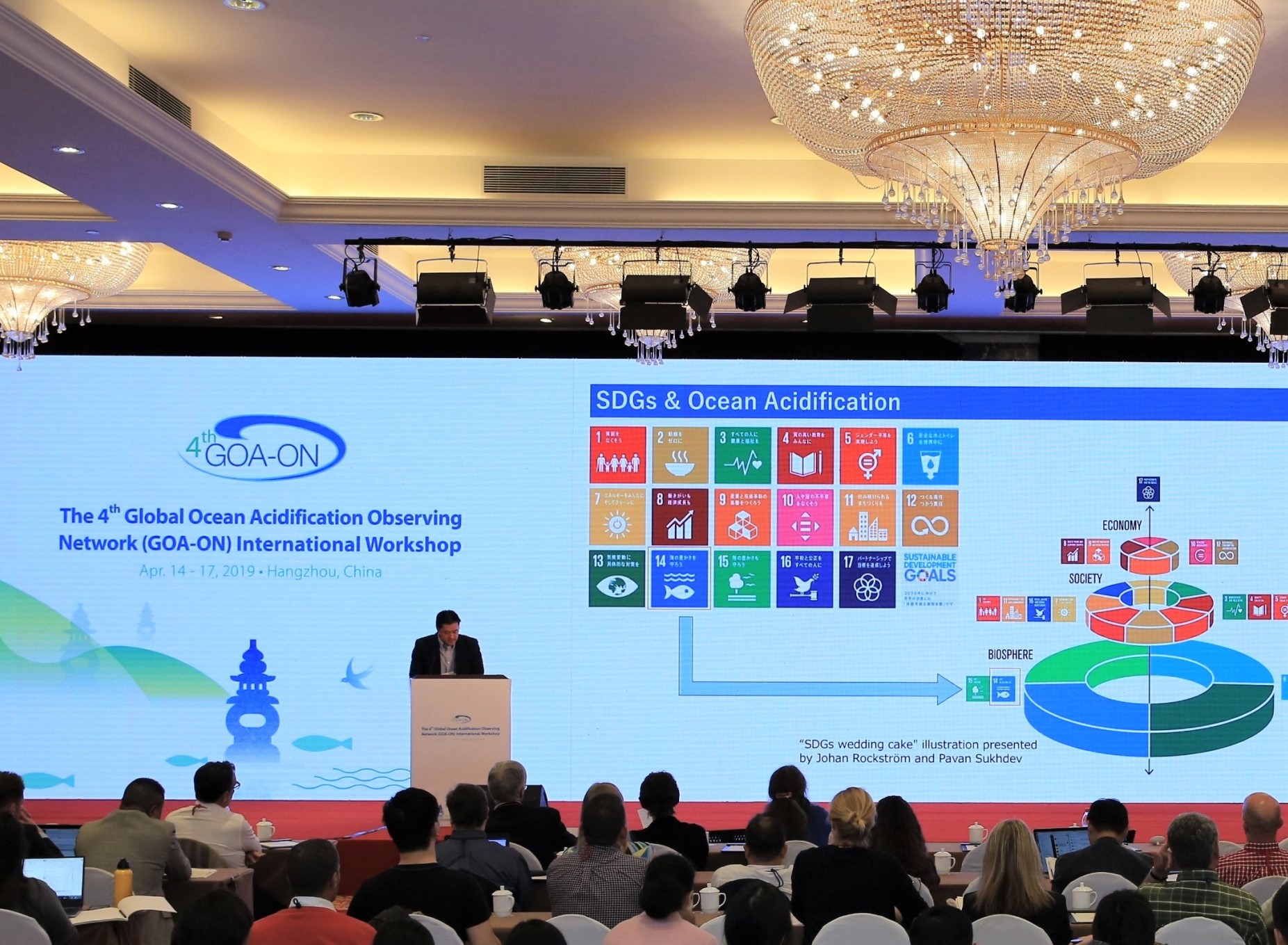 
— What makes these issues so complex?


Mr. Tsunoda: Ocean issues, acidification included, rarely occur in isolation, and often involve several interconnected factors. The problems that occur also vary from region to region. For example, in coastal areas, eutrophication (a process that leads to excessive growth of algae or other plants) due to human activities can cause ocean acidification. This also reduces the amount of dissolved oxygen in the water in a process called deoxygenation.

There is also a pattern occurring on the western coasts of continents around the world, wherein coastal fisheries are negatively impacted by so-called anoxic water masses, which contain low levels of oxygen, rising to the ocean surface. Unfortunately, this upwelling of anoxic water is occurring at the same time as acidification, which is a double blow to the fishing industry.

Additionally, in the frigid seas near the North and South Poles, ocean acidification has become more pronounced than anywhere else in the world due to the fact that carbon dioxide dissolves more easily in cold water.

Effective measures based on scientific research

Mr. Tsunoda: Absolutely. Ocean acidification is a complex phenomenon, making it difficult to explain not only to the general public but also to the government officials who are in a position to make policy decisions. In addition, the measures that need to be taken to address the problem will vary from region to region.

— It seems that the complexity of the acidification problem is one of main factors preventing us from taking steps to address the issue.

The United Nations has designated 2021-2030 as the “United Nations Decade of Ocean Science for Sustainable Development.” I hope that scientific research on the oceans will continue and that solutions will become possible through innovations in science and technology. 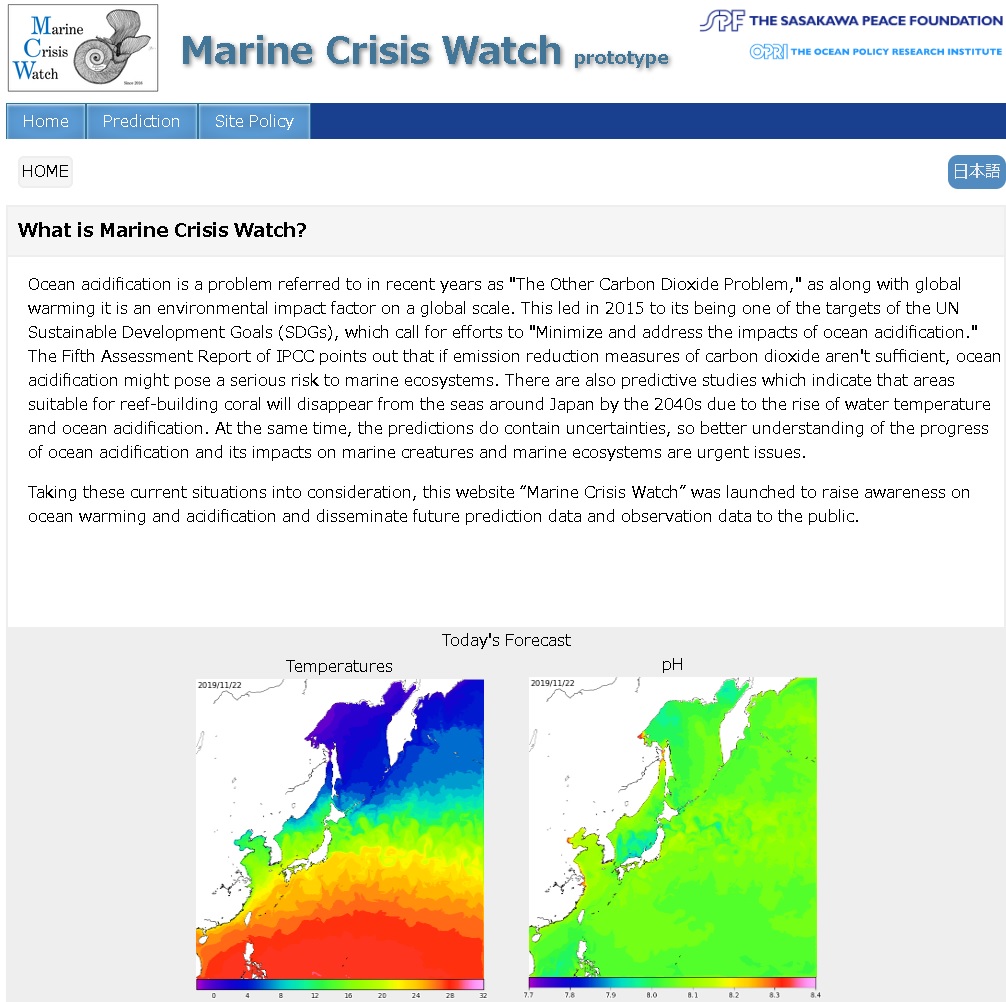 
— So we require solutions based on scientific data.

Mr. Tsunoda: That's right. In order to take effective measures, we have to think scientifically and holistically about the situation regarding the oceans and the various problems we face. Some time ago, I noticed that there was not much useful reference information in Japanese about the marine crisis. That's why we launched the Marine Crisis Watch website. Our goal now is to use the website to provide a regular stream of scientific information and data on complex marine issues in Japanese to communicate these ideas in a way that is easy for people to understand.

In order to broaden public awareness of ocean acidification, we also created a Japanese dubbed version of the British clay animation “The Other CO2 Problem” in collaboration with Kanagawa Prefectural Marine Science High School. Little by little, we are working to let the public know about the complex issues related to ocean warming and acidification with the hope that they will be reflected in policies down the line.

Interview conducted by Ayako Yutsudo, Public Relations Division
Translated by CR
About Mr. Tomohiko Tsunoda:
After receiving a Master of Science at the Center for Climate System Research, University of Tokyo, he worked as a Senior Researcher at the Mitsubishi Research Institute (MRI) from 1998 to 2015. While at MRI, he was engaged in many national projects on ocean policy such as developing a Marine Cadastre prototype system and supporting the formulation of the 2nd Basic Plan on Ocean Policy in Japan. Though his studies focused mainly on physical oceanography, his research interests also include ocean policy and science-based information sharing. He is in charge of the ocean acidification program at OPRI-SPF.