The world's atmosphere and oceans know no national boundaries, making the effects of climate change a matter of international concern. At a meeting in Spring 1997, Japanese Prime Minister Hashimoto and U.S. Vice President Gore recognized that challenges facing humanity from global warming would benefit from a long-term collaboration between Japan and the United States and added the category of global-climate-change research to the "Japan-United States Common Agenda for Cooperation in Global Perspective." This governmental directive became a reality in October 1997 with the establishment of the International Pacific Research Center (IPRC) at the School of Ocean and Earth Science and Technology on the Manoa Campus of the University of Hawaii (UH) in Honolulu. The Center's mission is "to provide an international, state-of-the-art research environment to improve understanding of the nature and predictability of climate variability in the Asia-Pacific sector, including regional aspects of global environmental change."

Since its 1997 inception, the IPRC has grown into an internationally recognized center for climate research. Today, the IPRC has a staff of 39 scientists in the fields of oceanography and meteorology, consisting of 9 UH faculty, 17 non-faculty researchers, and 13 postdoctoral fellows; there are also 8 computer system engineers and programmers. The research staff is truly international in scope, with scientists from 10 different countries. In particular, the IPRC members currently include 3 researchers, 4 postdoctoral fellows, and 3 graduate students from Japan. Additionally, 7 Japanese scientists, after several years of research at the IPRC, have returned to Japan, 4 taking faculty positions and 3 taking research positions at the Japan Agency for Marine-Earth Science and Technology (JAMSTEC) and The University of Tokyo. In the next two years, the IPRC plans to expand its research staff from Japan by several new members. 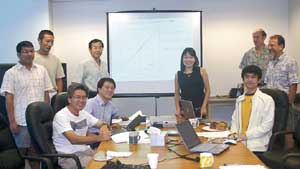 Photo 1 "Symposium" Participants of the 2005 Annual IPRC Symposium gather in the Japanese Garden of the East-West Center, University of Hawaii in Honolulu.

IPRC research is organized into 4 broad themes with the following goals: to understand climate variations in the Pacific and Indian Oceans (Theme 1); to determine the influences on Asia-Pacific climate of western-boundary currents, the Kuroshio/Oyashio Extension system, marginal seas, and the Indonesian Throughflow (Theme 2); to understand the processes responsible for climatic variability and predictability of the Asia-Australian Monsoon System and its hydrological cycle (Theme 3); and to identify the relationships between global environmental change and Asian-Pacific climate (Theme 4).
IPRC scientists have made significant advances in each of its themes. For example, the well-known El Nino phenomenon and the Asian-Australian monsoon are prominent research areas in all IPRC research themes. Among other things, IPRC scientists have investigated the processes that cause rainy and dry spells during the summer monsoon, and this increased understanding will help to predict them one month in advance; described mechanisms that explain the decreased Asian monsoon rainfall in summers following an El Nino; and studied changes in ocean currents that may cause variability in El Nino on decadal time scales, a necessary step in improving the prediction of El Nino events. They also developed a tropical cyclone model, and are studying the effects of global warming on the frequency and tracks of tropical cyclones in Asia-Pacific. 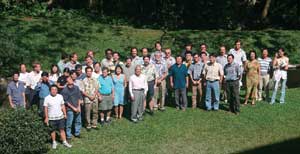 Photo 2 "Argo" The IPRC is collaborating with the Japan Agency for Marine-Earth Science (JAMSTEC) and Technology and the Australian Commonwealth Scientific and Research Organization on developing the Pacific Argo Regional Center (PARC), which will be responsible for Argo data and products for the Pacific Region.

The importance of conditions in the Indian Ocean on climate in remote regions has recently been recognized, most notably by scientists at the Climate Variations Research Program within the Frontier Research Center for Global Change (FRCGC). IPRC scientists have contributed actively to this new area of climate research, one that holds much promise for improved prediction of climate variability in Asia and elsewhere. Moreover, satellite observations, especially those by cloud-penetrating microwave sensors, are revolutionizing our view of climate over the vast oceans. IPRC researchers have made a number of significant discoveries from these new satellite data, including that of the Kuroshio's influence on regional climate around Japan.
Finally, an area of direct collaboration between IPRC and scientists in Japan is analyses by IPRC researchers of output from atmospheric (AFES) and ocean (OFES) circulation models that are being run on Japan's supercomputer, the Earth Simulator. This joint effort has already uncovered valuable information. For example, analyses of OFES output, together with analyses of satellite images, has revealed the presence of a remarkable system of east-west currents in many regions of the world ocean, suggesting the existence of a previously unknown class of oceanic motions.
A final IPRC Theme is focused on developing the computational and data-management infrastructure necessary to make climate data readily accessible and usable by both the research community and the general public (Theme 5). To achieve this goal, the IPRC established the Asia-Pacific Data-Research Center (APDRC). In addition to data-management activities, APDRC scientists are developing data products that directly benefit society. For example, they are developing a regional, coupled ocean-atmosphere model that can be easily applied to any geographical location. Output from the model is expected to have a variety of societal applications, such as public safety (e.g., search and rescue operations), coastal-ocean management (e.g., coral reef protection), hazard assessment (e.g., accidental oil spills), and the economy (e.g., fisheries).

Financial support for the IPRC was originally provided almost entirely by Japan and the University of Hawaii. Soon after its inception, though, U.S. agencies also began to contribute to the IPRC. The current level of Japanese support is about 40% of the IPRC's total annual budget. From Japan, support for the IPRC is provided by JAMSTEC through FRCGC. From the U.S., institutional support is provided by the National Aeronautics and Space Administration (NASA) and the National Oceanic and Atmospheric Administration (NOAA). IPRC researchers also acquire research funds through individual grants from U.S. agencies.

The IPRC is governed jointly by representatives from Japan and the United States. The IPRC Governing Committee consists of representatives from the funding agencies that support the IPRC, as well as other interested parties. The IPRC Scientific Advisory Committee is composed of Japanese and U.S. scientists, who are internationally recognized for their expertise on climate research relevant to the IPRC mission; the committee provides guidance on scientific issues and meets every 1-2 years at the discretion of the Governing Committee.

In closing, in a short time the IPRC has become an exciting, world-class center devoted to the study of Asia-Pacific climate. It is an ideal place for east-west scientific collaboration on the most serious world-wide challenge facing us today-understanding the causes of climate variability and change and the effects of global warming. I invite you to find out more about the IPRC and its activities at http://iprc.soest.hawaii.edu/.
The partnership between the two countries on the two sides of the Pacific Ocean produced the world-leading IPRC in Honolulu. It is an ideal model of cooperation rarely seen in the historical context between Japan and the US. The further development of such bilateral cooperation will contribute not only to the science but the exchange and understanding between Asian and western cultures