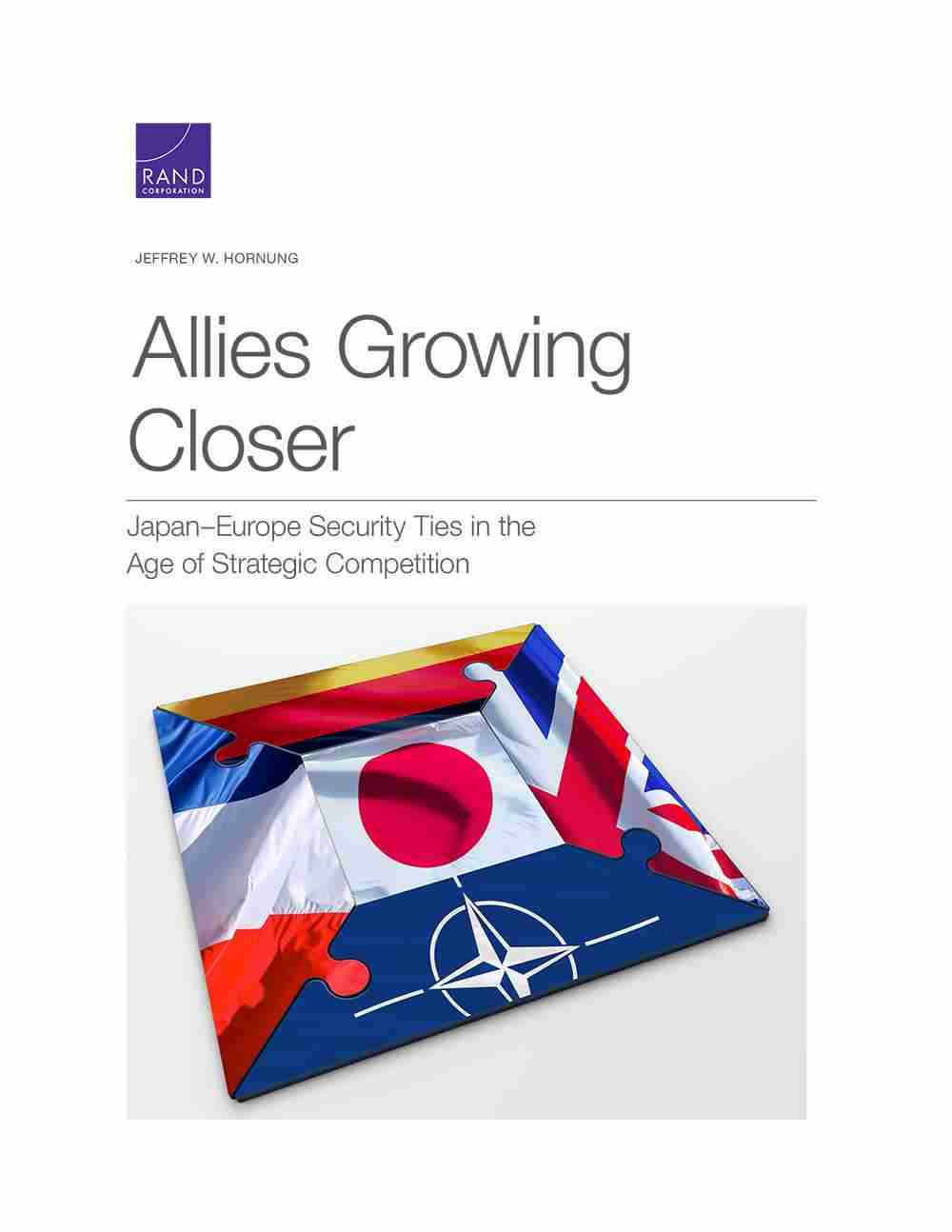 Dr. Hornung's report (on which his presentation in this webinar was based) can be downloaded on the left.   The recorded webinar is now available below.

Dr. Hornung introduced key elements of his report "Allies Growing Closer: Japan-Europe Security Ties in the Age of Strategic Competition" published in December 2020, referring to the current Japan–Europe security cooperation and the different perceptions of China and Russia between Japan and Europe. He also articulated the U.S. perspective on Japan-Europe relations, stating that "the Biden administration is prioritizing the need to work with friends and allies. Having European allies and Japan work closer together, especially in the security domain, supports this effort."

Following Dr. Hornung’s presentation, Dr. Tsuruoka gave his comments, touching upon the skepticism in Japan about strengthening Japan–Europe relations, saying that "some say that Europe is not as reliable as the U.S. for Japan, but we should keep in mind that Japan is not trying to cooperate with Europe as an alternative to the Japan–U.S. alliance. Japan–Europe cooperation is based on the Japan–U.S. alliance, and a new layer will be added on or next to it." He also delved into the need to clarify European roles for security in Asia.

In the Q&A session, the audience expressed their interest in topics including economic cooperation between Japan and Europe, the risks and bottlenecks in Japan's strengthening of relations with Europe, the role of ASEAN in Japan–Europe security cooperation, and the degree of interest in Japan–Europe cooperation by experts on Europe in the United States. Dr. Hornung and Dr. Tsuruoka provided insights in response to these questions from the audience.