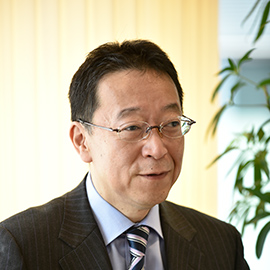 ・Japan-U.S. alliance
・Security in Asia
・Politics and diplomacy of Japan and the United States

In October 2016, Watanabe joined the Sasakawa Peace Foundation after serving as a senior fellow and a director of foreign and security policy research at the Tokyo Foundation from 2009 to 2016. He served as a senior fellow at the Mitsui Global Strategic Studies Institute in Tokyo from 2005 to 2009. In 1995, Watanabe joined the Center for Strategic & International Studies (CSIS) in Washington, D.C. He served as a visiting research scholar, research associate, fellow, and senior fellow until 2005. He is currently an adjunct fellow of CSIS.

Watanabe received his D.D.S. from Tohoku University in Japan and his M.A. in political science from the New School for Social Research in New York.