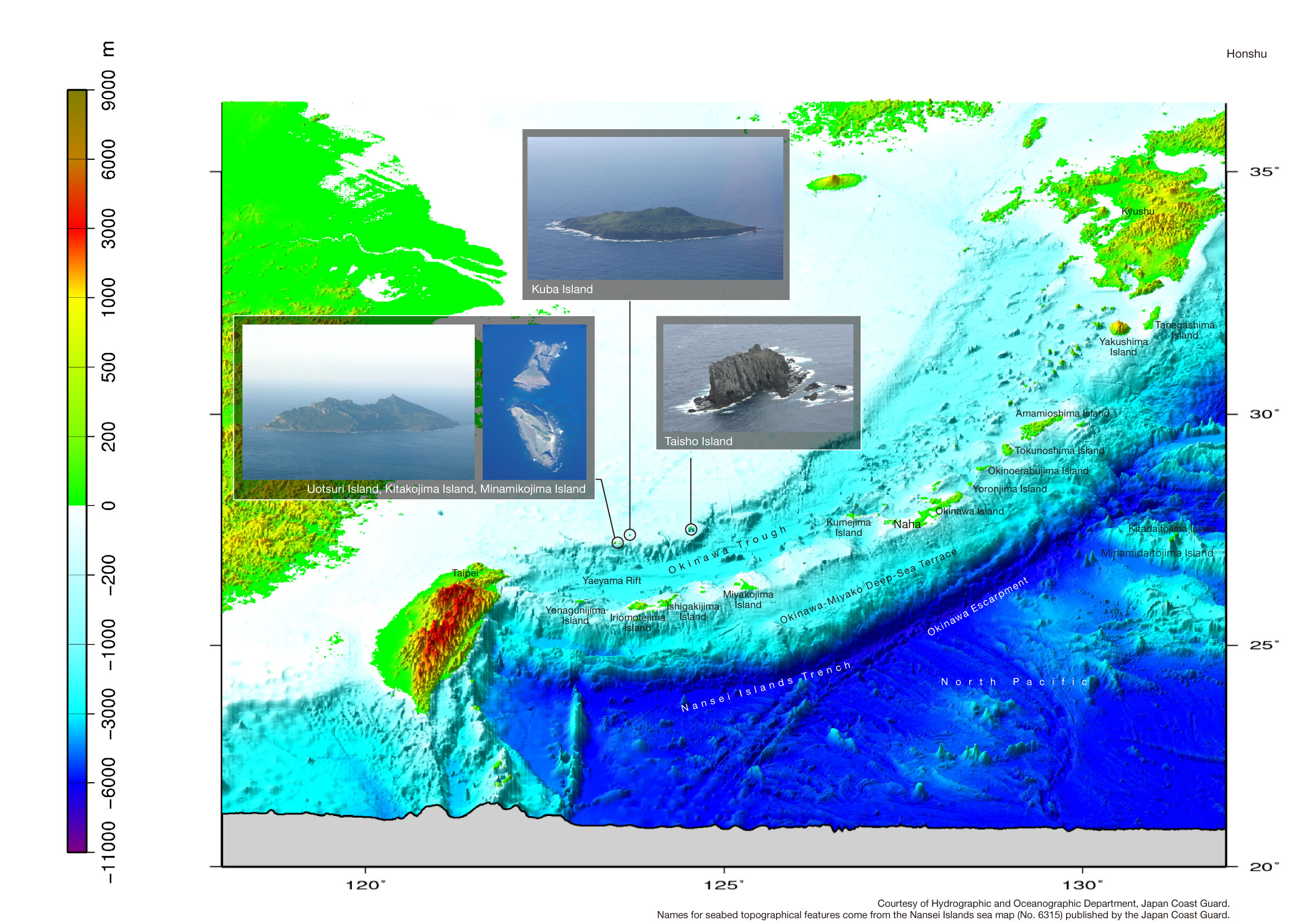 On January 14, 1895, the Japanese government issued a cabinet decision to erect sovereignty markers on Uotsuri Island and Kuba Island and incorporate them into Japanese territory. Even before this date, though, the government had carried out surveys and field studies in preparation for development of these islands, and private citizens had settled on them and conducted business there. Going farther back into history, we can see that various islands in the Senkakus have served as landmarks for navigation during sea voyages, appearing on charts produced by Japanese, Chinese, and European seafarers.

This Facts & Figures section on the Senkaku Islands provides accurate information to clarify the historical facts regarding the islands and to prove that they are an inherent part of the territory of Japan based upon international law. Drawing on official documents, reports on direct surveys of the islands, and other references, this section presents factual information, whose scientific basis is as clear as possible, in the categories listed below.

The Facts & Figures published at this time focus primarily on the period up through 1970 or so. We aim to build on this foundation, providing further information in future updates.

*Click the links to go to the individual pages.

Historical documents and references on the Senkaku Islands and a look at the territory from domestic and international legal perspectives. …Read

The location, topography, geological features, and other details on the islands. With information from a range of survey reports.…Read

Oceanographic and climatic information on the islands and their surrounding waters, with seabed topography and soil composition, water temperatures, and other details.…Read

Information from surveys of the Senkaku Islands’ flora and fauna and examinations of ecological issues the islands face.…Read

Facts mainly on the development of the islands by private citizens.…Read

Environmental information on the Senkaku Islands from the standpoint of human settlement on the islands.…Read

Related and relevant sources of additional information on the islands.…Read