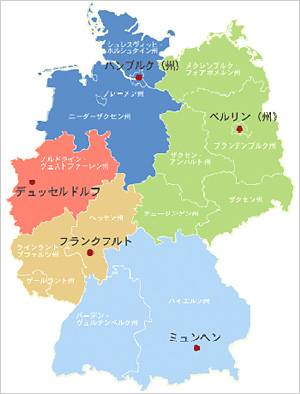 Figure 1: Structure and Location of States in Germany
Source: Website of Japanese Embassy in Germany

The Federal Republic of Germany (hereinafter referred to as "Germany"), is a federation under its constitution "Grundgesetz fur die Bundesrepublik Deutschland" (GG), established on May 23, 1949 *1, and is comprised of 16 autonomous federal states. Each of the City of Berlin and the City of Hamburg constitutes a state respectively as special states (otherwise known as metropolitan states); Bremen is a metropolitan state formed from Bremen and Bremerhaven, an enclave. Furthermore, Germany is connected to the Baltic Sea by way of the northeastern region and the North Sea via the northwestern area.

Each state in the federation of Germany holds jurisdiction over the land and water (Article 8, Section 1 of Raumordnungsgesetz). Furthermore, the federation has jurisdiction (Part 3 of Raumordnungsgesetz) over the Exclusive Economic Zones (hereinafter referred to as "EEZs"). Thus, of the German territorial waters, the North Sea is under the jurisdiction of Lower Saxony (NS) and Schleswig-Holstein (SH), while the Baltic Sea is under that of Schleswig-Holstein and Mecklenburg-Vorpommern (MV). The jurisdiction of German waters is shown below.

Figure 2: Division of Jurisdiction of Waters According to Domestic German Law (created by author)

The features of Germany's ocean policies in recent years include its formulation of policies and strategies for the ocean at a federal level, the formulation of its spatial planning system (ocean plan) based on this, as well as conducting verification activities for offshore wind power generation projects, as a pioneer in this field, and also looking at expansion in their practical application. Of particular note is the development of a legislative and scientific framework for the expansion of offshore wind power generation as an environmentally friendly renewable energy source.