The UN Decade for Ocean Sciences has started January 2021 and programmes have been selected on June 8, 2021 after an open call for proposals. CoastPredict (https://www.coastpredict.org/) is one of the 28 endorsed Programmes central to the UN Ocean Decade.

CoastPredict aims at transforming the science of observing and predicting the Global Coastal Ocean, from river catchments, including urban scales, to oceanic slope waters. Coasts are where humans have maximum impact on the marine environment, where a large portion of ocean pollution starts; they can also produce adverse effects on people’s life and economies. However, global integration of observing and predicting activities has proven difficult due to their complexity and unique regional characteristics. CoastPredict will bring to the different nations and their technical marine and meteorological infrastructures the most advanced knowledge of the Global Coastal Ocean and overcome the fragmentation that has characterized the coastal zone.

We are starting from the successful advancement of operational oceanography world-wide that predicts ocean conditions in a way similar to weather forecasts, fostering real time ocean observations and predictions with standards and quality assessment protocols. CoastPredict will re-define the concept of the Global Coastal Ocean, focusing on the many common worldwide features, to produce observations and predictions of natural variability and human-induced changes in coastal areas and upgrade the infrastructure for exchange of data with standard protocols.

At the end it aims at delivering information on the past, present and future state of the coastal ocean. It will integrate observations with numerical models to produce predictions with uncertainties from extreme events to climate, for the coastal marine ecosystems (their services), and biodiversity, co-designing transformative response to science and societal needs, the aim of the UN Decade for Ocean Sciences.

CoastPredict has been co-designed to mesh with the Global Ocean Observing System, (GOOS), jointly promoted by the WMO and IOC, in order to expand the Unesco-IOC international infrastructure for coordination of observing and forecasting systems on the world ocean coasts.

The Background Behind CoastPredict’s Launch

As stated above, global integration of observing and predicting activities has proven difficult. CoastPredict concepts have a history of successful but limited in scope initiatives to advance our scientific understanding of the coastal zone. Notable among these for monitoring capability, the Coastal Panel of GOOS, at the beginning of the 2000s, started to define a strategy for observing and forecasting in the coastal areas. One of the main outcomes was the recommendation that a global network of observations, data communications, data management, and data analysis/forecasting should be secured, providing economies of scale. Another important outcome was the initial definition of common variables to monitor and forecast in the coastal areas. Through standardization of a variety of common coastal variables efficient and effective monitoring was carried out, and its sharing and use was promoted. However, even after such a great start, the Coastal Panel of GOOS did not continue because the international ocean observing network was not adequately organized and technology was not ready yet for biogeochemistry, biodiversity and other marine environmental variables.

As for forecasting capability, a new international group of scientists, the Coastal and Shelf Seas Task Team (COSS-TT), was developed under the umbrella of OceanPredict, which is a global program coordinating the global ocean observation uptake for the development of global and regional forecasting systems. COSS-TT promoted the use of OceanPredict large scale products for seamless integration of ocean to coastal forecasting, defined the state-of-the-art methodology for downscaling, limited area modelling, data assimilation, and array design in the coastal/shelf areas of the world. With the adept combining of these monitoring and forecasting activities, great expectations were held for the advance of coastal ocean science. The Coastal Panel of GOOS and COSS-TT however did not integrate because of a mismatch in the timing of the initiatives, thus integration of observing and forecasting was not sufficiently realized.

These activities are at the basis of CoastPredict, which aims at producing a global international network capable of going beyond the fragmented coastal communities to produce a framework for the advancement of science in the Global Coastal Ocean. New advances that make CoastPredict achievable are:
a) operational oceanography is now being implemented from the global to the regional scales, making available open and free data for coastal downscaling;
b) major technology advancements have taken place in observing, from satellites to in situ robotics and the use of artificial intelligence, which makes the monitoring of the coastal ocean feasible and useful.
CoastPredict will capitalize on this game-changing operational oceanography framework and improve coastal predictive capabilities, including the land-water cycle (rivers, underground and transitional waters) and, for the first time, integrating from the coastal ocean, through estuaries and rivers to the “urban ocean” (waters within and around coastal cities).

The UN Decade of Ocean Science for Sustainable Development offers a unique opportunity to rapidly accelerate this successful story toward the coasts. Indeed, the present resolution of the open ocean global and regional models is not adequate for the coastal areas, land-sea coupling is not properly considered, and high frequency processes, such as tides, are also generally not considered in the large-scale analyses, reanalyses and forecasts. The available horizontal resolution is about 3-8 km in different parts of the world ocean and several meters in the vertical, for physics and pelagic biochemistry. The target CoastPredict resolution is in the tens of meters in horizontal and less than a meter in vertical, from extreme events to climate downscaling. These issues, including the new developments of coastal and regional multi-disciplinary observing systems from the nearshore, the urban settlements and the open ocean, are accompanied by scientific challenges associated with complex interactions across the coastal ocean continuum and the need to develop appropriate methodologies to integrate observations across space and time scales and across disciplines.

We hope many public, private and non-governmental institutions will join us in this effort, that will contribute in an innovative way to meeting the Sustainable Development Goals. 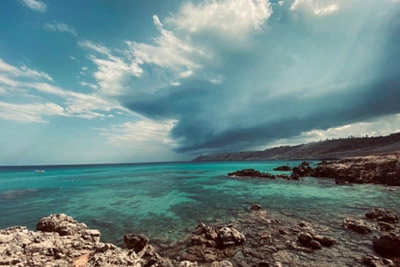 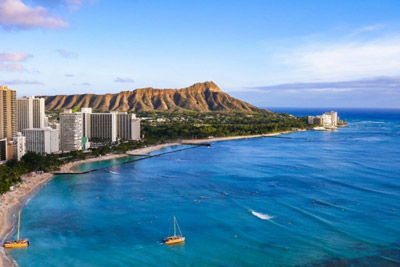 The contrasting coastal environments (natural coastal and coastal city areas) which are CoastPredict’s focus both suffer the impacts of mankind’s various activities and require a globally coordinated framework for making observations and predictions.
Back issues