Topography of Seabed Around Senkaku Islands

The Senkaku Islands are located on the edge of the vast East China Sea Continental Shelf. The Okinawa Trough, which is 1,000 kilometers long, around 100 kilometers wide, and from 1,000 to 2,200 meters deep, lies along the south and southeast of the same continental slope. The Nansei Islands Trench, with a maximum depth of more than 7,000 meters, runs parallel to the Okinawa Trough on the Pacific side of the Nansei Islands, an island arc that stretches from Tanegashima Island and Yakushima Island in southern Kyushu through Okinawajima Island to Yonagunijima Island. Heading out to the North Pacific, there are rifts and knolls in the Okinawa Trough, deep-sea terraces on the slope down to the Nansei Islands Trench, and the sheer cliffs of the Okinawa Escarpment. This demonstrates the great topographical diversity from the gentle downward slope from the Chinese mainland in the seabed around the Senkaku Islands, on the edge of the East China Continental Shelf, to the Nansei Islands Trench and the North Pacific.

There are a number of notable submarine valleys on the continental slope under the East China Sea around the Senkaku Islands. To the west of Uotsuri Island lie Nishi-Uotsuri Canyon and Nansei-Uotsuri Canyon, while to the east of Taisho Island there are the First and Second Taisho Canyons and the First and Second Hokuto-Taisho Canyons. There are also raised areas undersea, such as Uotsuri Knoll to the south of Uotsuri Island, Hokuto-Taisho Bank to the northeast of Taisho Island, and Minami-Taisho Knoll to the south of Taisho Island. 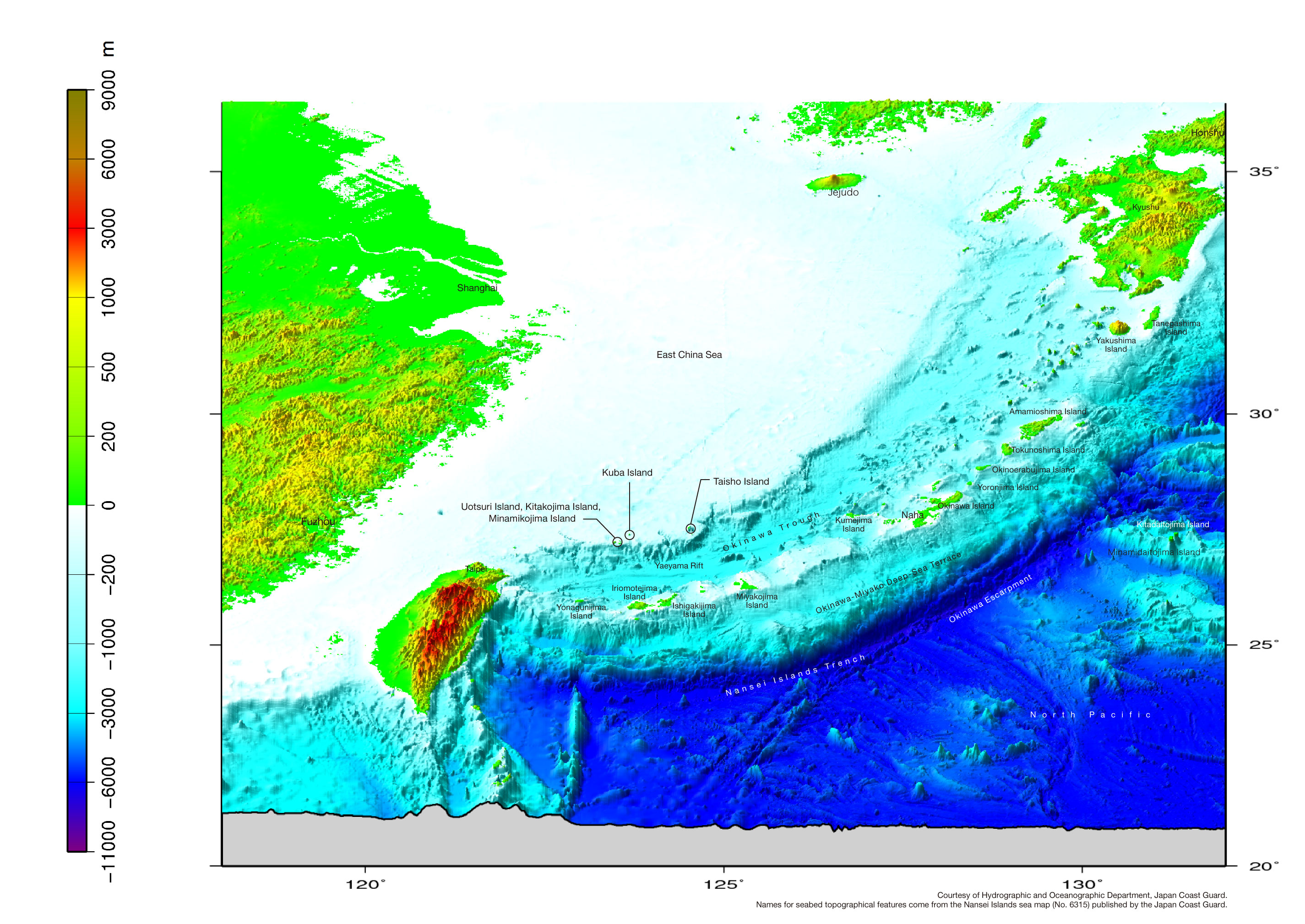