Minamikojima Island is an oval-shaped island with sharp rocky peaks in two places. The remaining area consists of coral outcroppings elevated above sea level during the Holocene era. The highest peak is in the west of the island and is 148 meters above sea level. Apart from the west and east of the island, the coast consists of rocky cliffs, mainly comprising sandstone and conglomerate. The cliffs vary in height from just over 10 meters to approximately 100 meters. Coral reefs, ranging from less than half a meter to several meters in length, surround the island. (Ref. 1)

Minamikojima Island is an oval-shaped island, approximately 1.1 kilometers in length from east to west and 0.45 kilometers from north to south. In the east, a peak rises to 88.0 meters high. In the west, there is a hill with a height of 146.9 meters, dropping sharply on the southeast face and sloping fairly gently toward the north. Between the eastern and western hills there is a reasonably large, flat area made up of coral outcroppings. (Ref. 2)
Note: Elevations given are based on the surveys of the time. (For current data, see "The Senkaku Islands: Location, Area, and Other Geographical Data.")

In 1979, the Japanese government's Okinawa Development Agency conducted a survey regarding potential development for usage of Uotsuri Island, Kitakojima Island, and Minamikojima Island. This survey established geodetic control points, survey markers, and photo control points with the aim of preparing a 1:5000 scale map. (A water depth survey was completed at the same time.) The topographical map below was prepared based on the agency's survey. (Ref. 3) 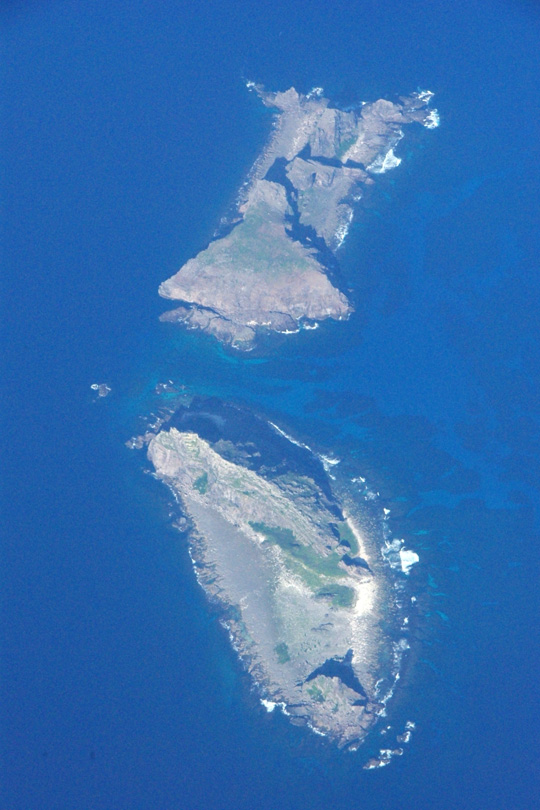 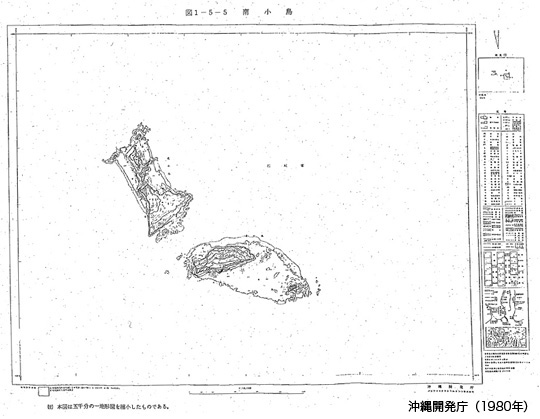