Uotsuri Island is an oval-shaped island with cuesta formations. On the south side of the island there are steep cliffs, and the land slopes gently down toward the north side. Water flows along more than 10 underground channels on bedding planes from south to north. Apart from a few areas with coral outcroppings, the coast is made up of either rocky reefs or cliffs. (Ref. 1)

The island is approximately 3.3 kilometers in length from east to west and 1.3 kilometers from north to south. The highest point of the island, at 362.0 meters, is near the south coast, rising above the cliffs a little way to the west, while the second highest peak (301.7 meters) is toward the east. Sheer cliffs more than 300 meters high stretch across the south coast. (Ref. 2)

In 1979, the Japanese government's Okinawa Development Agency conducted a survey regarding potential development and usage of Uotsuri Island, Kitakojima Island, and Minamikojima Island. This survey established geodetic control points, survey markers, and photo control points with the aim of preparing a 1:5000 scale map. (A water depth survey was completed at the same time.) The topographical map below was prepared based on the agency's survey. (Ref. 3) 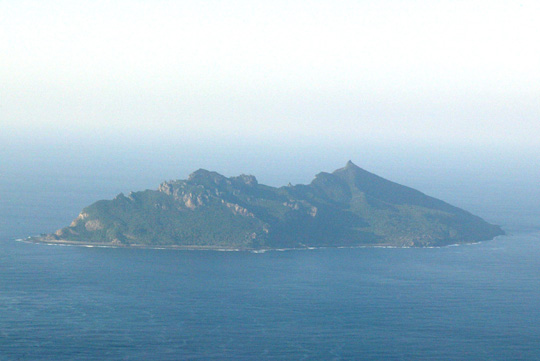 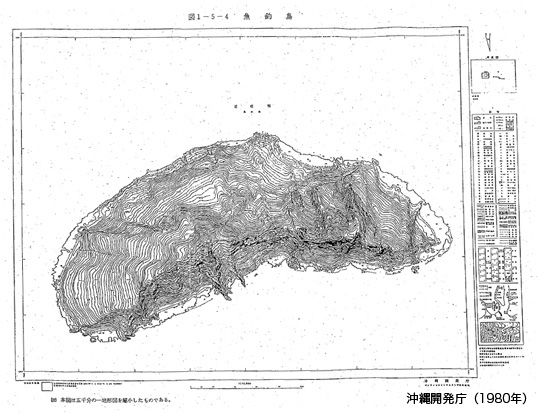