India has drawn the Quad back to economic partnerships countervailing China: its diplomatic successes and issues going forward 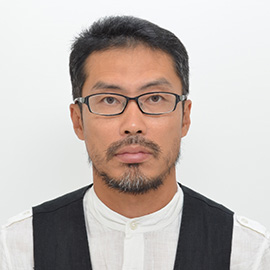 On May 24, the Japan-Australia-India-U.S. (Quad) Leaders’ Meeting was held in Tokyo for the second time in-person and for the fourth time when online meetings are included. Since the commencement of the invasion of Ukraine by Russia, a gulf has opened up between Japan, the United States, and Australia, which have clearly condemned Russia and continued economic sanctions, and India, which has not changed its position of “neutrality” in all forums or moved to impose sanctions. Japan, the United States, and Australia attempted to persuade India individually and in the online Quad Leaders’ Meeting on March 3, but all of these attempts came to nothing[1].

On the contrary, India subsequently created “loopholes” for the economic sanctions on Russia, for example by purchasing Russian crude oil at discounted prices, while on the other hand, in the context of concerns about a global food crisis, India announced that it would restrict exports of wheat in order to put priority on domestic supply. It is natural that the United States has become more frustrated with India, which is blatantly pursuing its own national interest. In Japan too, the news was reported that Self-Defense Force jets have been denied permission at the “cabinet minister level” to deliver humanitarian supplies from the depot of the Office of the United Nations High Commissioner for Refugees (UNHCR) in Mumbai to provide aid to refugees, a decision made out of consideration for Russia, so the view has emerged that perhaps there is a crisis in Japan-India relations and the Quad[2]. 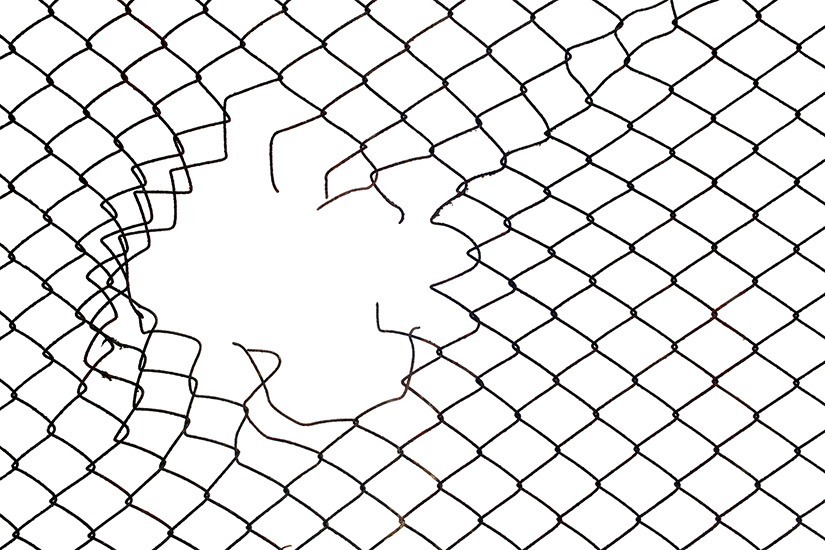 Declaration of participation in IPEF by India, which advocates for “Indo-Pacific” economic partnerships

At the beginning of the Leaders’ Meeting, Prime Minister Modi of India cited vaccine-delivery, climate action, supply chain resilience, disaster response, and economic cooperation as areas for collaboration by the Quad, while on the other hand he did not mention the situation in Ukraine at all[3]. For India, the Quad was originally “supposed to be” a framework for four countries sharing the values of freedom and democracy which aimed to strengthen political and economic partnership against the expanding influence of China in the “Indo-Pacific” region. It was not a military alliance like AUKUS which was launched by the United States, the United Kingdom, and Australia in September 2021; it was expected to restrain China non-militarily[4]. However, in response to the invasion of Ukraine by Russia, the focus has been put on the issue of Russia in the Quad as well. India, which does not want to lose its traditional partner Russia, has been pushed into a difficult situation[5]. From this statement by Prime Minister Modi, we can infer his intention to return the Quad to a non-military framework opposing China in the “Indo-Pacific.”

The attendance of Prime Minister Modi at the inauguration ceremony for the Indo-Pacific Economic Framework (IPEF) sponsored by President Biden of the United States can be understood from a similar perspective. Until just before then India had not clearly stated its attitude regarding the IPEF, and in particular it was reported that India had a feeling of hesitation about being bound by a United States-led framework concerning the trade field, including the digital economy[6]. However, in the end it became possible for each country to choose the fields in which it wished to participate rather than having to participate in all of the “four main pillars” of the IPEF, and it was decided to commence from “discussions for negotiations,” so India’s reasons for refusing to participate were removed. At the inauguration ceremony Prime Minister Modi emphasized India’s determination to work to make the IPEF “inclusive and flexible” and stressed the point that India placed importance on the pillar of supply chain resilience in particular[7]. The Modi administration is aiming for an “Atmanirbhar Bharat,” that is to say, “self-reliant India,” while the value of its trade with China (which was mostly imports) reached an all-time high in 2021 during the COVID-19 pandemic[8]. It is thought that building a supply chain which does not rely on China has been positioned as a top priority policy issue by the Modi administration.

On the other hand, it does not appear that there are very high expectations of the IPEF in India. Given that United States-led initiatives to date, such as the Blue Dot Network, have not shown any progress, some express skepticism about whether the Biden administration is really willing to make the IPEF work and whether or not the IPEF will be put into practice[9]. 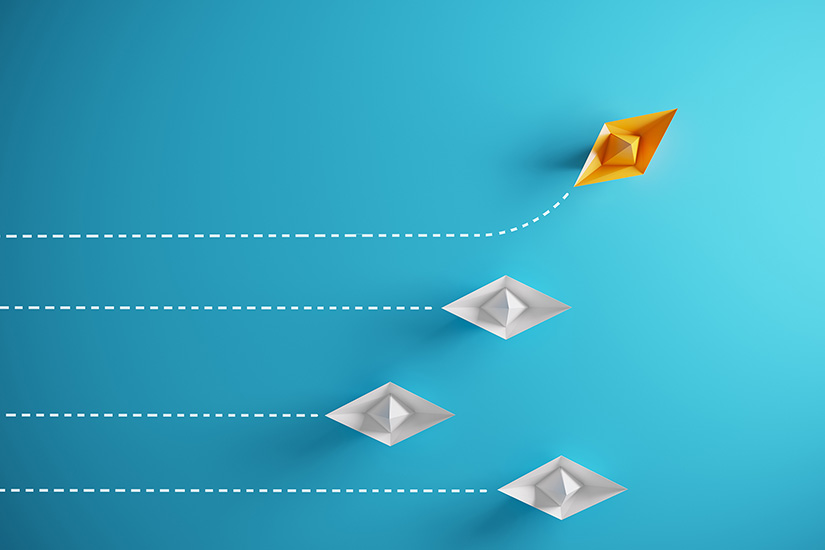 Japan, the United States, and Australia have recognized that there is a “difference of view” from the view of India

Before visiting Japan, some feared that Prime Minister Modi would be strongly criticized anew by Japan, the United States, and Australia over the issue of Russia, and that India would become isolated, but these fears proved completely unfounded[10]. It is clear from looking at the Joint Statement released after the meeting that the leaders of Japan, the United States, and Australia avoided pushing India into a corner over this issue.

Certainly it is true that at the press conference Prime Minister Kishida stated that the leaders “expressed [their] concern regarding the tragic conflict in Ukraine in a way that India also joined,” emphasizing the outcome of the meeting as the chair[11]. The expression “international law [and] respect for sovereignty and territorial integrity of all states” was also incorporated in the Joint Statement[12]. Nonetheless, last time at the March 3 online Leaders’ Meeting, “Russia” was not mentioned while the issue of the “Ukraine” conflict and humanitarian crisis was pointed out[13] and the phrase “international law, and respect for the sovereignty and territorial integrity of states” was used in the Explanation of Vote when India abstained on the proposed resolution condemning Russia at the United Nations Security Council immediately after the military invasion commenced[14]. In other words, it is difficult to conclude that India has “come closer to” the position of Japan, the United States, and Australia concerning this issue in the current Leaders’ Meeting.

On the contrary, if we sum up the outcomes of the current Leaders’ Meeting then they are surely that the four leaders “discussed their respective responses” to the Ukraine conflict and humanitarian crisis, recognized that there is a difference of view from the view of India, and then “put to one side” the issue of Russia and confirmed that they were unwavering in their policy direction of strengthening the Quad with an awareness of China.

So how will the leaders attempt to strengthen the Quad? Of the matters newly incorporated as specific initiatives for that purpose on this occasion, the one that is worth noting in particular is the strengthening of economic partnerships in the “Indo-Pacific.” In the “Infrastructure” item established in the Joint Statement, the goal of more than 50 billion USD of infrastructure assistance and investment over the next five years is presented, so the posture of appealing to each country within the region with an alternative policy to China’s “One Belt, One Road” has become clear.

Another important point is that the Quad declared “a commitment to addressing debt issues, which have been exacerbated by the pandemic” with “debt traps” by China in mind. Regarding this point, the fact that in the separate Summit Meeting between Prime Minister Modi and Prime Minister Kishida held immediately after the Quad Leaders’ Meeting the leaders confirmed their partnership in addressing the Sri Lankan economic crisis is noteworthy in particular[15]. The expanding influence of China in Sri Lanka has become a thorny issue for both Japan and India. For example, in 2021 Sri Lanka scrapped a deal with Japan and India regarding the Colombo Port East Container Terminal (ECT) Development Plan and changed to a Chinese company[16]. However, the dissatisfaction of the citizens is exploding due to the economic crisis, and in this context President Gotabaya Rajapaksa of Sri Lanka replaced Prime Minister Mahinda Rajapaksa, his older brother who is known to be “pro-China,” and appointed Ranil Wickremesinghe, an opposition leader who is “pro-India and pro-Western” as Prime Minister in an attempt to escape from a state of sovereign default. New Prime Minister Wickremesinghe immediately made contact with Mohamed Nasheed, the speaker of the People's Majlis of Maldives who is highly respected in India and the West as a “standard-bearer of democratization,” nominated him to be a “coordinator” for acquiring foreign aid, and issued a message to the Quad saying that he wanted it to bear a central role in aid as well[17]. It is thought that this kind of development is behind the fact that initiatives for the debt issue were taken up in the current Joint Statement and Japan-India Summit Meeting[18]. 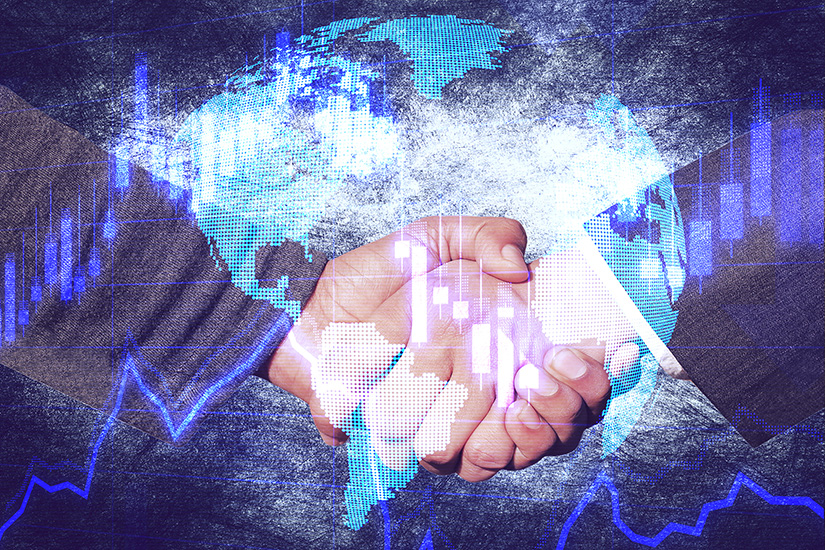 In a series of meetings in Tokyo, including the inauguration of the IPEF, the leaders of Japan, the United States, Australia, and India have discovered common ground in the strengthening of economic partnerships with an awareness of China. Even if agreement cannot be reached on the issue of Russia, Japan, the United States, and Australia must not part with India when considering the bigger challenge of China. Prime Minister Modi is no doubt evaluating matters in accordance with his own calculations.

Having said that, the real problem lies ahead. Issues surrounding infrastructure and debt are many of the pressing issues in the countries surrounding India, most notably Sri Lanka, and in the context of the worsening situation in China and Russia, promptly addressing supply chain resilience is required. The key to whether or not the Quad has significance going forward is whether or not the current agreement will be actually implemented.