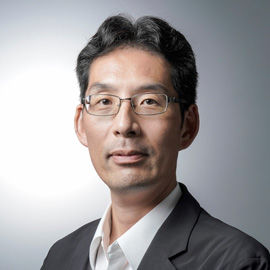 The review conference of the Treaty on the Non-Proliferation of Nuclear Weapons (NPT), which was held at UN Headquarters in New York for four weeks beginning August 1, 2022, closed without adopting a final consensus document because of opposition from Russia. This is the second straight time the conference has failed to produce a unified document, the previous case being in 2015. 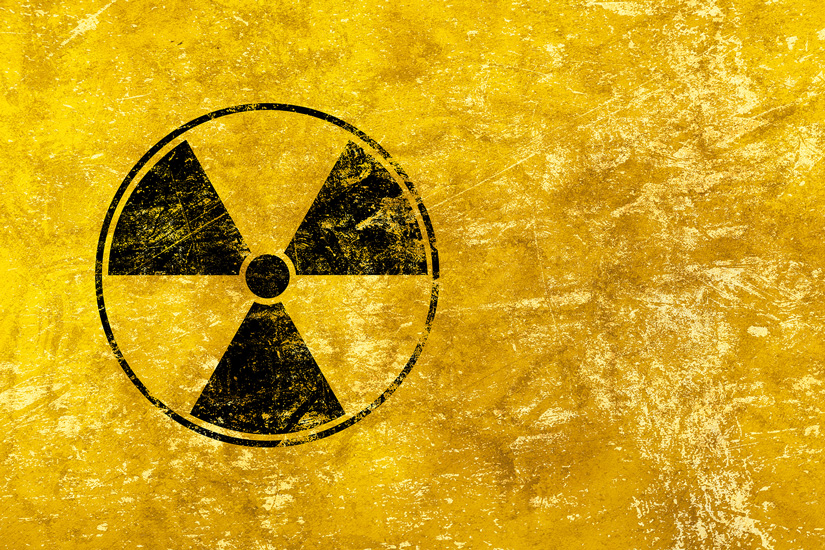 The NPT, which entered into force in 1970, has been signed by 191 countries and allows five states (the U.S., Russia, China, the U.K., and France) to possess nuclear weapons, while prohibiting the other signatories from developing or acquiring them. The review conference is held every five years to review the treaty’s implementation, especially the obligation to “pursue negotiations in good faith on effective measures relating to cessation of the nuclear arms race at an early date and to nuclear disarmament[1]” as stipulated in Article VI. Originally scheduled for April-May 2020, the event was postponed due to the global spread of COVID-19. The consensus document, which includes goals and action plans for the promotion of nuclear disarmament and nuclear nonproliferation, is in principle adopted by consensus (unanimous agreement).

Two members of the “Study Group on Nuclear Nonproliferation and Nuclear Security” (chaired by Professor Tatsujiro Suzuki of Nagasaki University), a project of the Sasakawa Peace Foundation's Security Studies Group, and the author, who manages the group, conducted a survey of the discussions at UN Headquarters in New York during the final week of the review conference. Information from the Japanese government delegation and other sources gathered in this process, and an analysis of the revision process of the draft of the final agreement document, made clear that the responsibility for the breakdown cannot be attributed solely to Russia.

In reality, amid rapidly changing international conditions, including Russia's invasion of Ukraine, countries other than Russia prioritized their own interests, demanding the multiple deletions or revisions of language that was disadvantageous for them, and the draft agreement was stripped to its bare bones. The difficulty of adopting a document through consensus, combined with the fact that it has not been adopted for the second time in a row, has left the impression that the NPT review conference is becoming dysfunctional as a forum for presenting international guidelines for nuclear disarmament and nonproliferation.

This paper examines the limitations of the consensus method by analyzing the revision process of the final consensus document while accounting for the arguments of each country. Finally, it will discuss the necessary next steps and the role Japan can play in rebuilding the NPT regime.

２．Amendments to the final document: questionable attitude on disarmament

Russia opposed the final document for two main reasons: a description of the Zaporizhzhia nuclear power plant in southeastern Ukraine that was occupied by Russia and language regarding the 1994 Budapest Memorandum, which guarantees Ukraine's security in exchange for giving up its nuclear weapons. Regarding the first of these, in the revised version of the draft document released two days before the end of the session, the passage calling on Russia to return the nuclear plant to Ukraine was deleted and changed to “it is important to “ensur[e] control by Ukraine’s competent authorities of nuclear facilities[2].”The latter said the conference “reaffirms the importance of full adherence by all nuclear-weapon States to all existing obligations and commitments[3],” and did not originally name Russia. Nonetheless, Moscow was not swayed.

However, other nuclear states were also backward-looking in their proposals for nuclear disarmament. The adoption of a "no first use[4]" policy, which limits the role of nuclear weapons to retaliation against nuclear attack and encourages reductions in the number of nuclear warheads, was initially included in the draft document, but was removed after the U.S. and others demanded its deletion. A proposal to temporarily halt the production of fissile material, which is expected to help halt nuclear arms proliferation beyond the current level, was not included due to opposition from China[5], which is thought to be expanding its nuclear arsenal to balance its forces with those of the U.S.

Language about the Treaty on the Prohibition of Nuclear Weapons (TPNW), which entered into force in 2021, was also avoided. France, which does not want a framework other than the NPT to influence its nuclear strategy, objected to the statement that "the NPT and the TPNW are complementary," instead merely noting that the first meeting of the Conference of the Parties was held in June 2022[6].

Criticism was also directed at those states under the “nuclear umbrella,” which rely on alliances with nuclear-armed countries for their own security. Behind the U.S. request to remove the language about no first use was concern of allies, including Japan, that a no-first-use policy would weaken U.S. deterrence capabilities, including nuclear weapons[9]. Therefore, the 120 countries of the Non-Aligned Movement (NAM) held the nuclear umbrella states responsible for stalling nuclear disarmament negotiations, which was described in the first draft of the final outcome document. If left in the final document, this would have been the first condemnation of the nuclear umbrella states. However, it was removed after a string of opponents argued that nuclear disarmament should be pursued in accordance with the principle that it would not undermine each country’s security. As the only country to have suffered an atomic attack, this point hit close to home for Japan in particular, as Tokyo continues to call for nuclear disarmament while also relying on U.S. nuclear deterrence as the foundation of its national security. 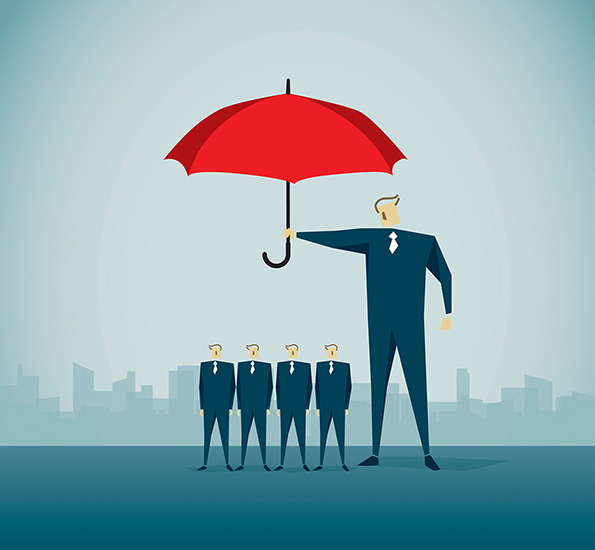 Thus, even before Russia voiced its opposition, the draft of the final document had been stripped of every proposal or phrase that would lead to nuclear disarmament at the insistence of other nuclear-armed states or those under the nuclear umbrella. At a press conference at UN Headquarters prior to the final meeting to discuss the document, International Campaign to Abolish Nuclear Weapons (ICAN) Executive Director Beatrice Fihn said the draft had no clear criteria and no goals for nuclear disarmament, blasting it as a compromise that would not advance nuclear disarmament.

The review conference also made clear the limits of the consensus approach. The harsh assessment of the draft outcome document from Fihn and other disarmament organizations was not lost on diplomats from around the world, including the Japanese representatives. There was also a sense of crisis that faith in the NPT regime would waver if the review conference failed to adopt a consensus document for a second time after the 2015 conference, which saw agreement breakdown over the initiative to denuclearize the Middle East. As a result, negotiations continued until the last minute with the thinking that anything would be “better than no agreement.” On August 25, the day before the final day of negotiations, a high-ranking Japanese government official responded to our questions by saying, “There is a common understanding that the NPT is still of great value. We will continue our efforts to reach an agreement until the very end.” The fact that a revised version of the final draft document was released early on the morning of August 25 and another revised version reflecting the requests of each country was released that evening confirms the official’s statement. That same day, every country except Russia agreed to adopt the document. However, the principle of the NPT review conference is that not even a 190-to-1 consensus document can be adopted. According to the Japanese delegation, China also worked to persuade Russia in the final stages of negotiations, but the other nations were unable to break through the barrier of absolute consensus.

４．Steps to rebuild and the role of Japan

In light of the results of the NPT review conference, two possible measures emerge that could restore the original function of the “fading NPT” (Prof. Suzuki) to promote nuclear disarmament and nonproliferation:

Regarding the former, because the principle of consensus cannot be changed quickly, enhancing the preparatory process would enable parties to address issues before the conference itself. Currently, a one-week preparatory meeting is held annually for three years prior to the conference itself, but it was decided that a working group would be established to supplement this meeting. Japan had been calling for such a group for some time, and it should be used to deepen discussions on areas that could not be agreed upon at this review conference. For example, it should take time to examine what conditions would be needed among nuclear-armed states, states in the nuclear umbrella, and those outside of it to adopt a no first use principle.

Regarding the latter, looking at the results of past review conferences, it is clear that one condition for the adoption of a consensus document is that nuclear arms control talks between the U.S. and Russia — which account for 90% of the world’s nuclear weapons — are making progress. The draft of the final document also “reaffirm[ed] the importance of the preservation and continued implementation of bilateral arms control agreements between the Russian Federation and the United States[10],” and as a U.S. ally Tokyo should encourage Washington to continue arms control talks with Moscow. At the same time, as a neighbor to China, Tokyo should also encourage Beijing to join the U.S.-Russia arms control framework. At the NPT review conference, China has taken an increasingly assertive stance in its own self-interest, including strong opposition to a moratorium on the production of fissile materials. It is very likely that it will continue to expand its nuclear arsenal and take the same position at future NPT review conferences as it did this past one. Individual arms control talks with China have become an essential element in advancing nuclear disarmament.

In May 2023, the Group of 7 summit will occur in the city of Hiroshima, which suffered an atomic bombing. It will be an opportunity for Japanese Prime Minister Fumio Kishida to show leadership and present new guidelines for nuclear disarmament, including the above two proposals, so that the G7 summit will be a new starting point for nuclear disarmament, in the word of Arms Control Association Executive Director Daryl Kimball. 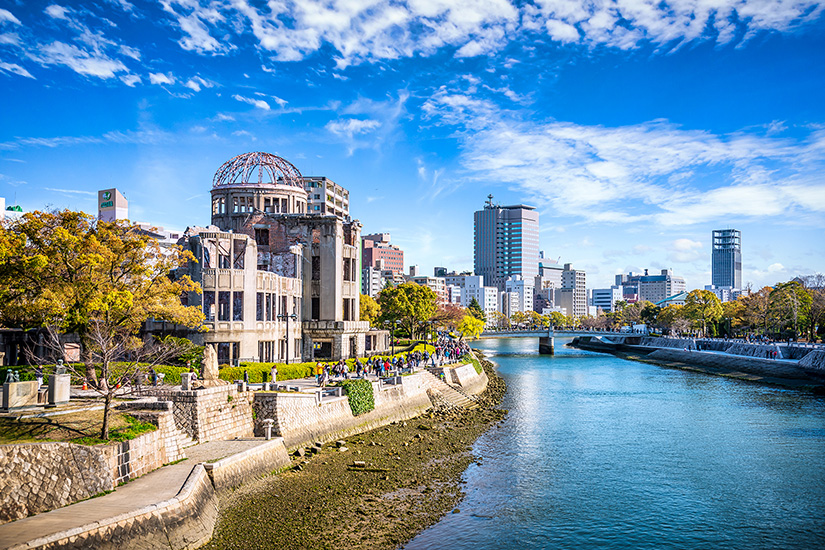