The Ongoing Paradigm Shift under Shifting Geopolitics and Covid-19 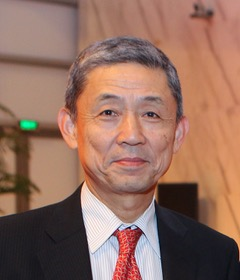 The world is now witnessing a paradigm shift. Nations everywhere are grappling with the third wave of the Covid-19 pandemic. In the U.S., the presidential election, rather than just determining who takes the reins of government and what policies they will implement, revealed a fundamental divide among the American people. The deterioration in China-U.S. relations appears deeply rooted, and rapid improvement under the new U.S. administration is unlikely.

In addition to this kind of traditional geopolitical issue, there are ongoing global trends that cannot be ignored. More than 30 years after the Cold War, the Western victors are finding that their firm-held values, such as liberal democracy and free market economies, are clouded with doubts. Digital transformation is another trend that bears scrutiny. As artificial intelligence and the internet of things develop with increasing speed, they will have unprecedented effects on people’s lives, national governance and international politics.

Meanwhile, in Japan’s immediate vicinity, massive militaries still confront each other on the Korean Peninsula, and the possibility of abrupt changes there cannot be ruled out.

This article will examine three main topics: the pall over democratic values, concerns about U.S. leadership, and new types of contingencies on the Korean Peninsula. 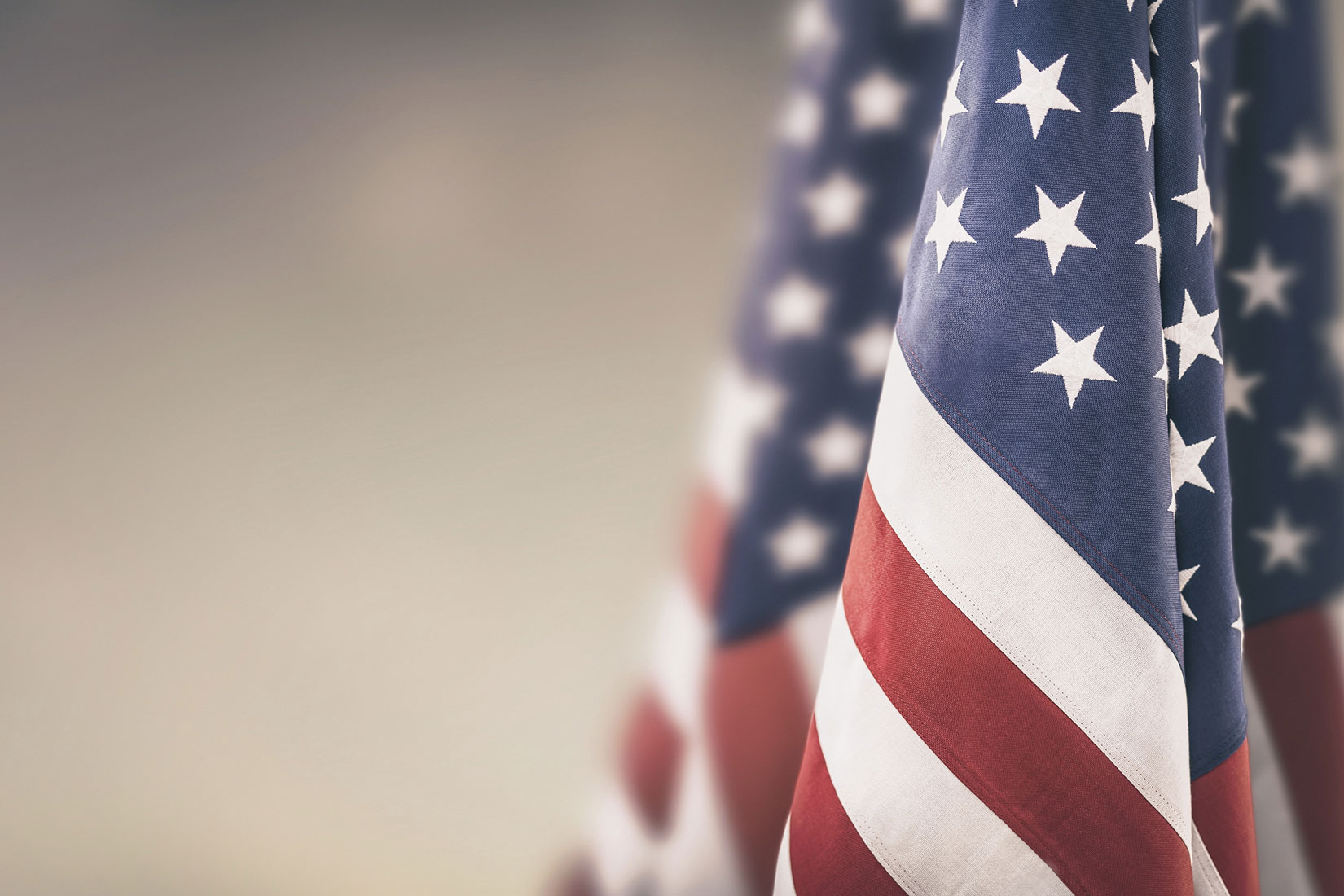 1. Democratic values are now in doubt

The U.S., Japan and other Western countries through the post-Cold War period have held to universal values, such as democratic governance, a rules-based international order, free markets and the protection of human rights. But recent international developments have cast a shadow over these a priori values.

As countries tried to tackle Covid-19, the limits of democratic governance became an issue of discussion. Authoritarian states at times appeared more effective at curbing the spread of the pandemic, particularly when the government needed to implement strong policies like urban lockdowns. An authoritarian approach may seem more attractive when governments need to manage the social anxiety and panic that arises from a failure to control the spread of the new coronavirus. While it is blamed as the origin of the virus, China implemented stiff policies, locking down cities like Wuhan, to bring the pandemic under control. Now China is one of the most successful countries in terms of total infections and deaths.

But it would be premature to conclude that authoritarian governance is necessary to control the pandemic. Taiwan’s response under a democratic government has been extremely effective, and other democracies, such as South Korea and Japan, have experienced a relatively low number of infections compared with European countries. In Japan’s case, most people followed guidelines from the central and prefectural governments, even though they were not enforceable. Some have also noted that Japan’s public hygiene has become relatively good since it developed after World War II. Rather than whether a government is authoritarian or democratic, it may be more important how effective it is – in other words, its state capacity – and the degree to which people trust and follow its guidance.

However, considering the issue values in doubt from a longer-term perspective, through the post-Cold War period people living in the former East have gained much less than expected from democracy and market economies. They do not feel the benefits of these changes, and in fact are unnerved by growing economic inequality and the loss of the economic stability that existed in planned economies. It is necessary to respond to the growing sentiment in these areas that even if people were poorer in the past, it was still preferable[1].

Examples to the contrary can be found in the development of Southeast Asian countries. In the past two decades, countries like Indonesia and Myanmar have steadily transitioned from military rule toward democracy, and economic growth has taken off in the Philippines. In these countries, “developmental dictatorships,” while not an ideal form of governance, provided domestic stability and the foundation for democracy and economic growth. However, it is difficult to find examples of authoritarian governments that brought prosperity and movement toward democracy in Africa. The international community needs to find a new model by which countries can escape poverty and autocracy and move toward democratization and economic growth. 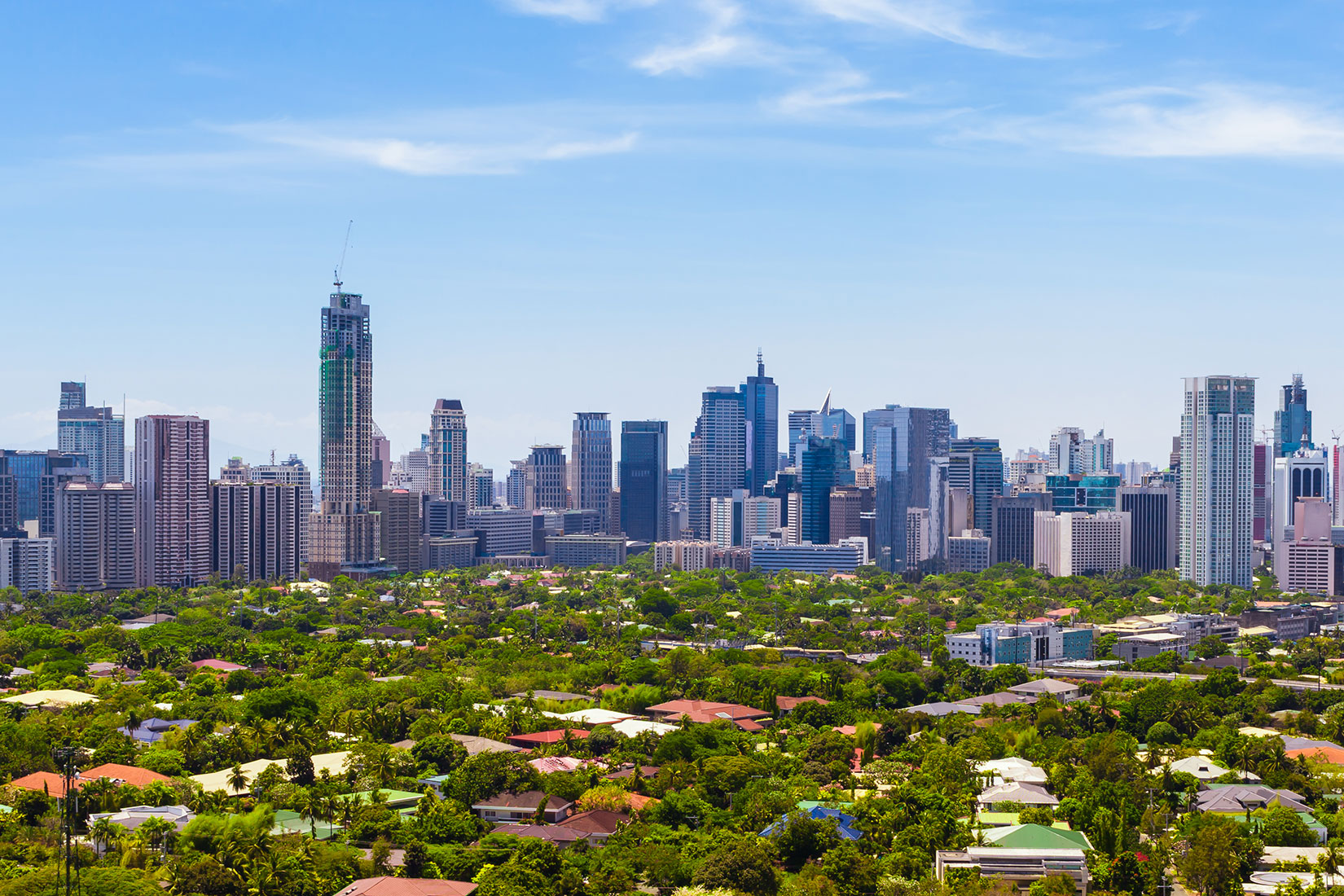 The Trump administration’s unrestrained policy of “America First” has seen that the U.S. is losing its confidence as a superpower. If this trend continues, the U.S. risks losing its position of leadership as the binding force of the network of alliances among the world’s democracies. The deterioration in U.S.-European relations has reached a particularly worrisome state. At the same time, Brexit has rendered the prospect of further integration of the European community unlikely, and the West seemed powerless in responding to Russia’s 19th Century-style annexation of the Crimea. These developments have lessened the cohesiveness among liberal democracies and weakened the network of U.S. alliances.

The 2020 U.S. presidential election showed how deep the divide is in American society. Trump and Biden supporters are not only totally unaligned in their beliefs, but also in the sources of information they consume to inform their decisions. Newly introduced terms like “fake news” and “alternative facts” indicate that different groups of people understand the same events as completely different inputs. In other words, the two groups have separated to live in two different worlds of their own creation. Social media has exacerbated this trend. These platforms actively send information to people based on an analysis of that person’s individual preferences. That means people are exposed only to their favorite types of news, resulting in deeper gaps in the judgements of the two groups[2].

Though President Joe Biden was inaugurated on January 20, 2021, he does not have an overwhelming majority of support. He suggested in his inaugural speech that accomplishing the nation’s tasks “requires that most elusive of things in democracy. Unity. Unity[3].” Uniting the nation will be particularly difficult after such a tough election that involved fierce and chaotic campaigning, and even violence at some points. While 50% of voters supported Biden, nearly as many opposed him, meaning he will likely face strong opposition over the next four years. With such a weak political base, the new administration may be unable to implement decisive policies. It will likely have to continue dealing with obstruction from a strong opposition, in particular from former President Donald Trump’s enthusiastic supporters[4].

Moreover, the luster of American democracy and prosperity has dimmed significantly. The rest of the world watched with dismay as storefronts in New York City were boarded up during the election for fear of violence, and when people violently stormed Capitol Hill on January 6. The heavy-handed police response to activists in the Black Lives Matter movement appeared extremely harsh, and was reminiscent of China’s response to democracy activists in Hong Kong.

More fundamentally, there is less trust in the ideals of freedom, democracy, human rights and so on, which the U.S. and its allies have advocated. Liberal democracies have failed to respond to authoritarian actions by Russia in Crimea, and by China in Hong Kong. These events could further erode the appeal of the West’s universal values.

The existing international order needs to be adapted to fit with the new world. In this, widely shared values centered on liberal democracy are more important than ever. The U.S. is unlikely to exercise decisive influence as it did in the past, which means it is more important than ever for U.S. allies and partners to show that the values they have cherished until now remain persuasive and universal.

With the world experiencing this unprecedented paradigm shift, the apparent calmness on the Korean Peninsula belies the severity of the situation there. North Korea’s nuclear and missile programs have continued to advance, and the authoritarian regime of Kim Jong Un seems resilient. North Korea claims it has successfully dealt with Covid-19, and that it is effectively controlling its border with China as a part of its anti-pandemic efforts. It would not be surprising if the situation there is worse than officials claim as it might have been further exacerbated due to possibly weak immunity caused by the population’s extremely poor nutrition.

It is always hard to assess conditions in North Korea, as information about the country’s domestic situation is tightly controlled. It is natural to think, however, that North Koreans are suffering from the magnitude of the global paradigm shift and the pandemic much like the rest of the world. This may lead to the conclusion that drastic change on the Korean Peninsula in near future should not be ruled out.

Since the early 1990s, Japan, South Korea and the U.S. have been concerned about various contingencies on the Korean Peninsula, such as “explosion scenarios,” including large-scale military clashes around the 38th parallel, and “implosion scenarios,” including the sudden collapse of the current regime and clashes between groups within its military, as well as limited military actions and provocations against the South.

A unified Korea, in contrast, has rarely been discussed as a short-term possibility, and more as a long-run dream. But if the current paradigm shift shakes the Korean Peninsula as well, it may be a mistake to assume current divisions will continue and progress toward unification will never begin. Regardless of the trigger, and whether the subsequent developments are peaceful or chaotic, it may be time to start considering the possibility that North Korea will open to the international community.

A precedent for taking such unlikely scenarios seriously can be found in the developments leading up to Japan’s surrender in 1945. Recent research suggests that Japan’s surrender came much earlier than the Allied forces expected, and the division of the Korean Peninsula around the 38th parallel was a product of chance[5].

After the battle of Okinawa in April 1945, U.S. forces focused on preparations for a series of amphibious landings on Japan’s main islands. Because U.S. military planners did not expect Japan to surrender when it did, planning for occupation began just two months before the end of World War II. The occupation of the Korean Peninsula was not planners’ focus, and it was only marginally addressed. Meanwhile, the Soviet military, entering the war in August, was primarily concerned with the invasions of Manchuria and Sakhalin, and a southward march to the Korean Peninsula was not on leaders’ minds. The reality seems to be that both the U.S. and the Soviet Union reluctantly entered Korea, and neither intended to cross beyond the 38th parallel.

A nightmare scenario may have developed if the U.S. had no plans at all to enter Korea, or it the Soviets had tried to march all the way to Busan. If the U.S. had been unable to take advantage of Japan’s early surrender, the Soviet Union could have exploited the opportunity to expand its influence to the southern tip of the Korean Peninsula. That would have resulted in a very different strategic map that would have been disastrous for Japan.

This scenario may become applicable in Northeast Asia’s near future. North Korea opening to the international community would be welcome news, and Japan must work extremely hard to contribute to the future of the Peninsula. If Japan does not play its part, it will create greater resentment among the people there for the next 100 years. Policymakers must start considering preparations for drastic changes on the Korean Peninsula. 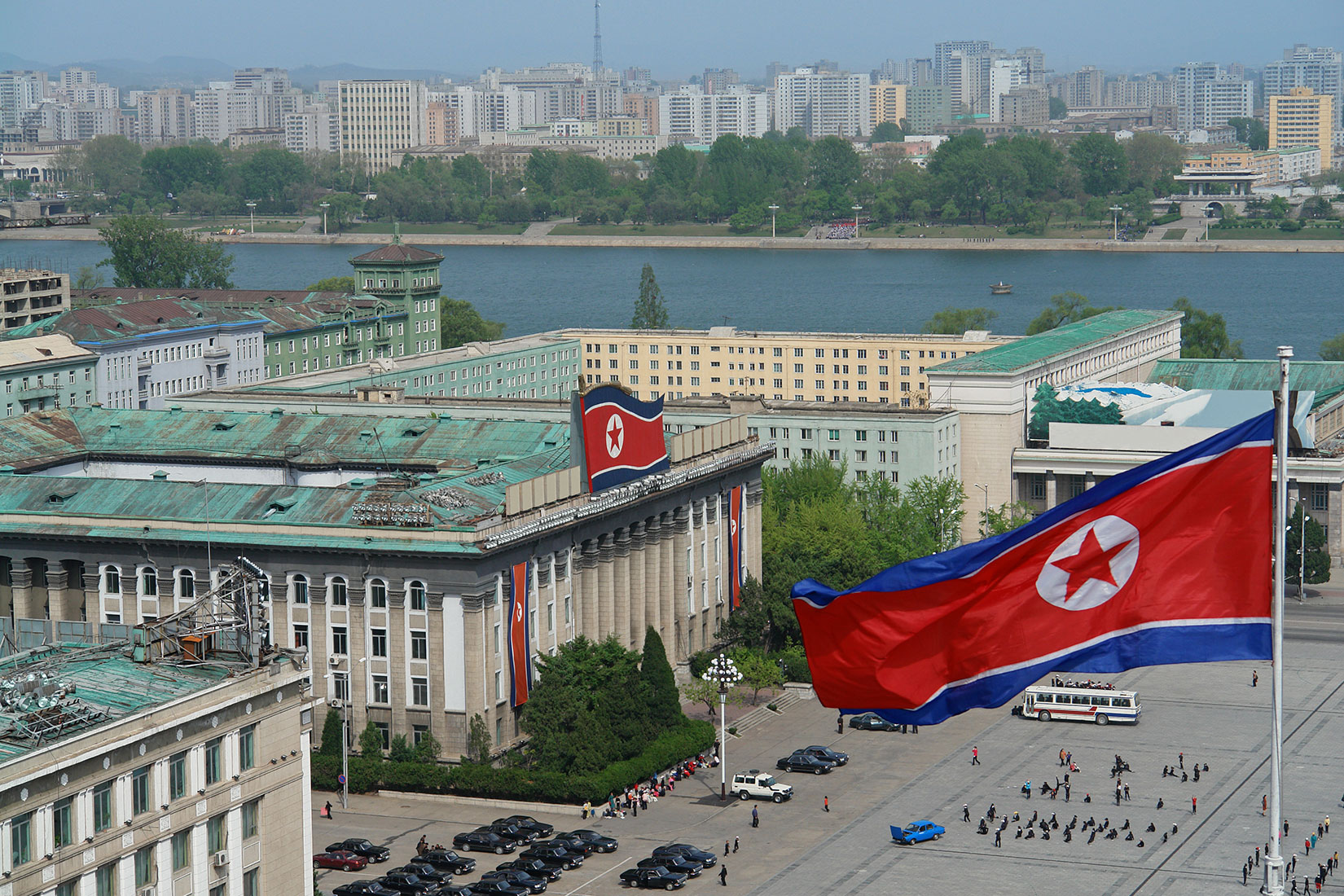 The current paradigm shift requires us to think deeply and differently, and to think the previously unthinkable. In addition, it seems to be increasingly important that we imagine until-now unconsidered combinations of different types of problems, rather than focusing on issues in isolation. As stated previously, social media have great influence on individuals’ thinking, domestic politics and international relations. There are limitless way in which the elements of humanity – politics, economics, society, culture, religion and so on – intersect with the environment, science, technology, natural resources and more. Out of the millions of possible combinations, we must select and address the most important. This will be a key task for humans, and an area where artificial intelligence may not be superior to man.