Averting a Sino-American Conflict: A Review of Kevin Rudd’s The Avoidable War

The Avoidable War: The Dangers of a Catastrophic Conflict between the US and Xi Jinping's China by former Australian Prime Minister and Foreign Minster Kevin Rudd speaks to the vigorous debate on Sino-US rivalry being conducted in Australia, the US, and across the world[1]. Since Rudd has held high office in his home country and remains a prolific contributor to strategic debates from his new perch as CEO of the Asia Society in New York, this book is likely to have some impact on how such debates are conducted, just as Australian National University Professor (and former Defence official) Hugh White’s provocative work, The China Choice: Why We Should Share Power, had almost a decade ago[2]. In this context it is valuable for his arguments to be broadly shared in Japan, since these will also potentially shape discussions between Australia and Japan within their Special Strategic Partnership[3].

This review outlines the contents and structure of the book and its main contributions and arguments before proceeding to provide some analytical commentary.

The Avoidable War is divided into 17 chapters, plus an introduction and conclusion (all quotations are from the Kindle edition unless otherwise noted). Chapter 1 provides a potted history of the US-China relationship, followed by another contextual chapter on “The Problem of Distrust” between the rival powers. Then, in Chapter 3 Rudd introduces the book’s primary organising framework; one which subsequently structures the next 10 chapters (Chapters 4–13). This takes the form of 10 “concentric circles” that the author employs as a prism to interpret the worldview of Chinese Communist Party (CCP) leader Xi Jinping.

As one might expect, the circles radiate out from the leader’s internal political position towards an increasingly regional, then global, scope. The 10 circles are, in order: (1) “The Politics of Staying in Power,” (2) “Securing National Unity,” (3) “Ensuring Economic Prosperity,” (4) “Making Economic Development Environmentally Sustainable,” (5) “Modernizing the Military,” (6) “Managing China’s Neighbourhood,” (7) “Securing China’s Maritime Periphery—the Western Pacific, the Indo-Pacific, and the Quad,” (8) “Going West—The Belt and Road Initiative,” (9) “Increasing Chinese Leverage Across Europe, Africa, and Latin America and Gaining an Arctic Foothold,” and, lastly, (10) “Changing the Global Rules-Based Order.”

After these, Chapter 16—“The Decade of Living Dangerously”—examines “Alternative Futures for US-China Relations” based upon a set of scenarios ranging from the optimistic to the pessimistic in their outcomes. The concluding chapter presents Rudd’s own case for a future relationship based upon “managed strategic competition”—the best method, as he sees it, to avoid a war that neither side wants. 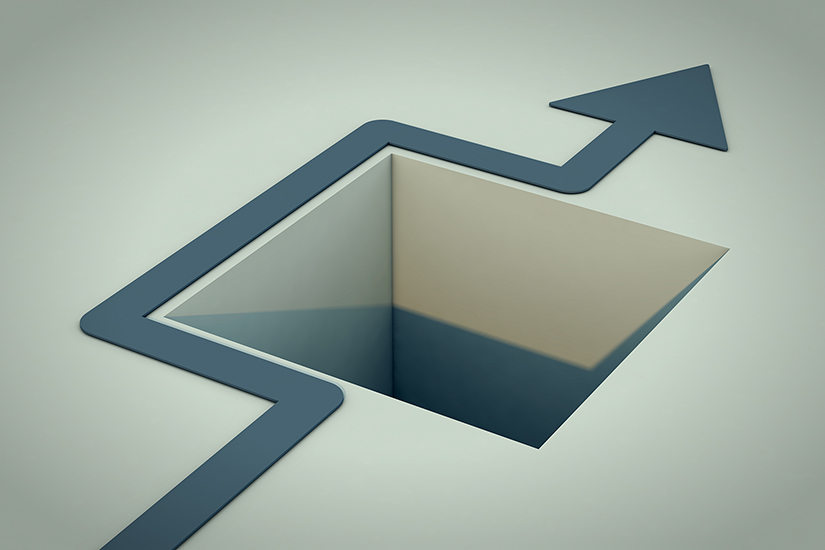 Essentially, the book provides Rudd’s many insights into the nature of the strategic competition now underway between the US and China and gives indications along the way as to what this might portend for third-party countries, including Washington’s closest allies in Canberra and Tokyo. Rudd’s book advances a cautionary tale of the dangers of such competition, rooted, as he reveals, on mutually incompatible strategic aims and a high level of mutual mistrust. This naturally connects to Graham Allison’s earlier influential work—Destined for War: Can America and China Escape Thucydides's Trap?—in which he also warns of the possibility of conflict between the established hegemon, the US, and China as a rising challenger[4].

Rudd illustrates why he believes the dangers have increased through his systematic analysis of the Xi Jinping regime’s worldview and how this will grate against American strategic interests. In the course of the book, he provides reasoned argument and trenchant analysis of this worldview, affording valuable observations throughout, based on his familiarity with China and vast diplomatic experience (of which he frequently reminds the reader). He concludes that in order to avoid a cataclysmic conflict between the two rival superpowers, they need to “better understand the other side’s strategic thinking and to conceptualize a world where both the US and China are able to competitively coexist, even if in a state of continuing rivalry reinforced by mutual deterrence.” Such a modus vivendi would undergird his concept of “managed strategic competition,” with which the book ends.

Particularly outstanding is Rudd’s structuring of the book with the aforementioned “concentric circles”—this lends the book an accessibility to readers akin to a policy-brief type presentation—indeed it forgoes academic pretensions (Rudd holds a doctorate on the subject of Xi Jinping’s policies) and is devoid of footnotes (which is regrettable for those seeking to track his sources or explore them more fully).

Interestingly, though, the use of this device to frame different aspects of Xi’s worldview for the most part nicely comports with academic theories (and ones that have had some influence on shaping and understanding policy-making). Barry Buzan, Ole Waever, and Jaap De Wilde’s concept of “securitization” helps us understand how policy challenges often become framed as “security” issues, and as perceptions of national interests (including the emphasis on “economic security”) become more salient in regional strategic competition, this has further resonance and applicability to real-word policy problems[5]. It is clear, according to Rudd, that Xi himself sees all the challenges facing his country through the lens of “complete security.”

Take, for example, Chapter 7 on the environment (“the fourth circle”) in which he outlines how Xi views this as a “security” problem. The challenge of climate change with which China and the world are grappling has implications for national security in the event that it further degrades environmental conditions within the country and impedes economic growth. In the light of local environmental issues within China itself and their potential to create political unrest—as seen by numerous environmentally motivated protests in past years—the environment becomes an internal political security issue for the CCP as well. Rudd thus notes how Xi has “forced the party to make environmental sustainability a critical component of his efforts.” That Rudd would emphasise what we call a “non-traditional security” (NTS) issue is unsurprising, given that at one point in his prime ministership he called climate change “the greatest moral challenge of our time.” He was less successful in actually shifting Australian domestic policy to align with such declared importance, however. 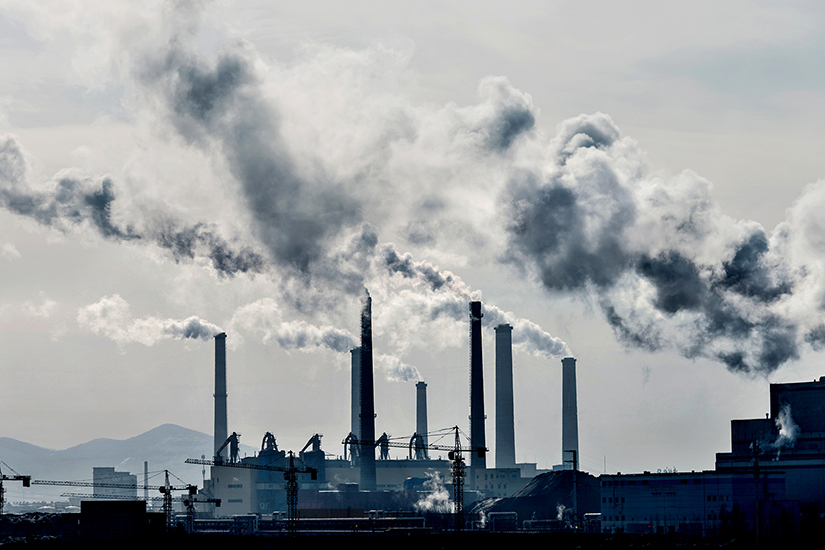 Overall, the book’s contents serve to layer a comprehensive appreciation of the problems in facing China and how many of these will shape its relations with its rival, the US. Of the many interesting aspects of Rudd’s analysis, space limitations permit me to comment on only two of the most incisive observations.

First, Rudd points out that China’s economic might is both a strength and a potential weakness (hence an “economic security” issue: Chapter 6). Though China’s economic clout has brought it great influence around the world, its growth rate is slowing, and this could have implications for regime and domestic stability, given that CCP legitimacy to govern is based on an unspoken contract to provide property for its citizens at the cost of political representation. If growth stalls, internal political opposition may mount. This makes the economy Xi’s, and the regime’s, “Achilles heel,” according to Rudd. Moreover, given his “Marxist-nationalist” disposition combined with a lack of economic credentials, Xi’s “New Development Concept,” which prioritises security, political stability, and economic equality over a market economy and the rise of a (threatening) entrepreneurial class, may place limitations on growth in the future, bringing about the very problem the CCP seeks to avoid.

Second, China’s approach to the existing international order is another pressing issue of concern, and it is in this respect that the mutual distrust between Beijing and Washington is given full rein (Chapter 15). Rudd notes Chinese objections to the American expectation that they simply form ranks with the existing global order that America set up in the post-war and Cold War periods. Even as China has benefitted from this order during its rise to power, it has now revealed different designs to stretch that order and, in part, create a new order based on its own values and interests (as exemplified by the Belt and Road Initiative and Shanghai Cooperation Organisation).

Moreover, Chinese efforts to carve out its own version of the American Monroe Doctrine in East Asia are unacceptable to the US, given its support for local allies, not least Japan. Consequently, Beijing has sought to undermine the US alliance system in Asia at every turn, blasting the hub-and-spokes system as “Cold War mentality.” The US views such attempts, and the authoritarian values that underlie them, as a grave menace to the liberal international order.

The book’s concluding case for “managed strategic competition” will not surprise readers familiar with Rudd’s former efforts to act as something akin to a “mediator” during his term of office, whereby he sought to leverage his familiarity with the US and China to conduct “creative middle power diplomacy.” This included volunteering his good offices to both capitals, as well as his ultimately unsuccessful regional gambit to forge an “Asia-Pacific community[6].” The success of this venture is difficult to measure, as he simultaneously sought to act as a zhengyou (“a friend that criticises”) to Beijing, whilst, according to Wikileaks, privately pressed Washington to squarely face down the challenge of Chinese assertiveness.

Rudd writes on perhaps one of the most important strategic challenges of our time, and his learned contribution is certainly a welcome intervention that provides much food for thought. It is difficult to ascertain how his intended audiences will respond, however. Aside from the general reader and strategic analyst, will his argument have much traction in Washington or Beijing policy-making circles? This remains unknown, but as John Mearsheimer’s Tragedy of Great Power Politics and Rudd’s illustration of incompatible interlocutors suggest, the superpowers will perhaps more likely continue to drift toward conflict[7]. In this respect, Rudd makes a rational plea in the Epilogue for them to contemplate the potential mutual losses that any such conflict would entail to the service men and women across the region (most probably Australia and Japan included) and even civilians should any major war escalate to involve a nuclear exchange. A sobering thought with which to end the book.