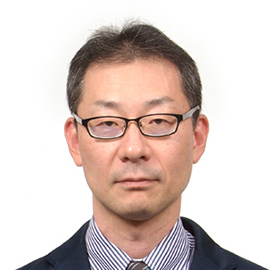 COVID-19 continues to spread around the world, and it remains a major issue for the global community. But while countries scramble to keep up with developments related to the virus, the situation in the South China Sea is changing by the hour. This article offers an overview of recent developments in the approaches of the Association of Southeast Asian Nations (ASEAN) members toward the South China Sea.

China, which recovered quickly from the initial coronavirus outbreak, has gone on the offensive in the South China Sea while other countries are busy with their own responses to the pandemic. In April 2020, Beijing announced the establishment of two new administrative regions in the South China Sea, the Xisha and Nansha districts, formalizing its control of the waters in those areas[1]. Then in May, China declared its usual ban on fishing until August, and announced that the coast guard would be cracking down on fishing vessels violating the order[2]. Moreover, China continues to militarize the areas under its control – it is constructing new research facilities, conducting training for military aircraft and building up its maritime paramilitary forces[3]. Amid this military buildup and assertive posture, Taiwan’s Ministry of National Defense in May noted that China was planning to establish an Air Defense Identification Zone (ADIZ) in the South China Sea[4].

In the first half of 2020, China showed an even more assertive stance by creating consecutive confrontations and incidents with ASEAN countries on multiple fronts. In January 2020, the Indonesian government summoned the Chinese ambassador and lodged a protest after a Chinese Coast Guard surveillance vessel, accompanied by a fishing boat, entered Indonesia’s exclusive economic zone (EEZ) in the northern Natuna Islands. Indonesia deployed its own naval vessels and fighter aircraft to Natuna[5]. In April, a Vietnamese fishing boat was sunk after a collision with a Chinese surveillance vessel in the waters near the Paracel Islands[6]. Another incident took place that same month in waters near Malaysia, in which a Chinese research vessel faced off with a research vessel from Malaysia’s state oil company[7]. Then in August, Chinese research vessels operated for a week in the waters around Reed Bank, which the Philippines claims as a part of its EEZ and which a 2016 arbitration panel ruled did not belong to China. Additionally, Chinese naval vessels engaged in provocative behavior, locking their fire-control radar on Philippine naval vessels conducting patrol operations[8].

China has escalated its assertive behavior not only in the South China Sea, but also in the East China Sea and along its border with India, creating friction with neighboring countries. What should observers make of China’s attitude? With the international community, including the U.S., occupied with the coronavirus and the growing intensity of the U.S.-China confrontation, Beijing sees the situation as an opportunity to chip away at U.S. hegemony. At the same time, it considers the increasingly offensive posture of the U.S. as a threat, and is strengthening its own assertive position as a show of strength[9]. This is also evident in the South China Sea. 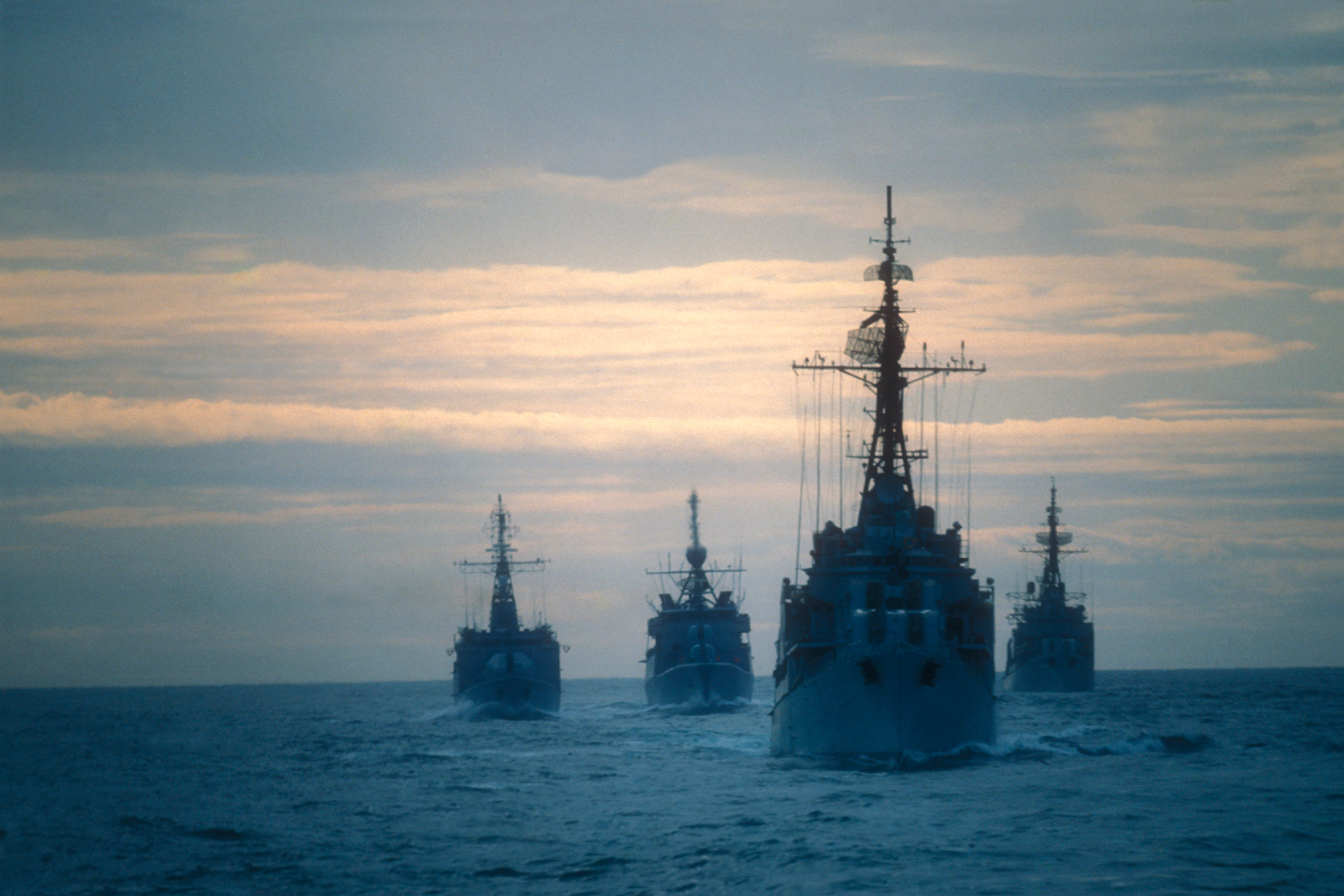 Vietnam as the ASEAN chair

Defining a position on the South China Sea has long been a challenge for ASEAN. At a 2012 ASEAN foreign ministers meeting chaired by Cambodia, discussions on the issue were so contentious that the organization failed to reach a consensus on a joint statement for the first time in its history. The wording of these statements typically reflects the complex politics among the member states.

Vietnam, one of the countries most affected by China’s assertive stance in the South China Sea, has exercised diplomatic influence as the 2020 ASEAN chair to shape the group’s language around the issue. Its chief aim was to once again draw attention to the United Nations Convention on the Law of the Sea (UNCLOS). In the Chairman’s statement for the online ASEAN summit held in June 2020, Vietnam succeeded in adding the phrase “serious incidents” to the conventional wording of “land reclamation” and “recent developments” in reference to the South China Sea. This reflected ASEAN’s concern with China’s assertive stance and its confrontations with ASEAN countries[10].

Regarding UNCLOS, in the same statement ASEAN said, “We reaffirmed that the 1982 UNCLOS is the basis for determining maritime entitlements, sovereign rights, jurisdiction and legitimate interests over maritime zones, and the 1982 UNCLOS sets out the legal framework within which all activities in the oceans and seas must be carried out.” While continuing to hint at the 2016 arbitration decision, the countries indicated that it is ASEAN’s unified position that issues in the South China Sea should be resolved based on the rule of law[11].

There are three factors that contributed to ASEAN’s success in issuing this statement. First, Vietnam is the most active party in the South China Sea issue, and it made full use of its authority as chair to create the statement. The chairman’s statement does not officially require full agreement among the ASEAN members, but it is customary to present a draft statement to each country in advance and arrive at a substantial consensus[12]. Second, the online format of the meeting made consensus-building difficult from a practical standpoint, as informal discussions outside the main meeting were not possible. That made it easier for Vietnam to produce a statement that fit better with its own objectives. Third, many ASEAN countries were directly affected by China’s hardening stance in the South China Sea, making them more amenable to stronger language. 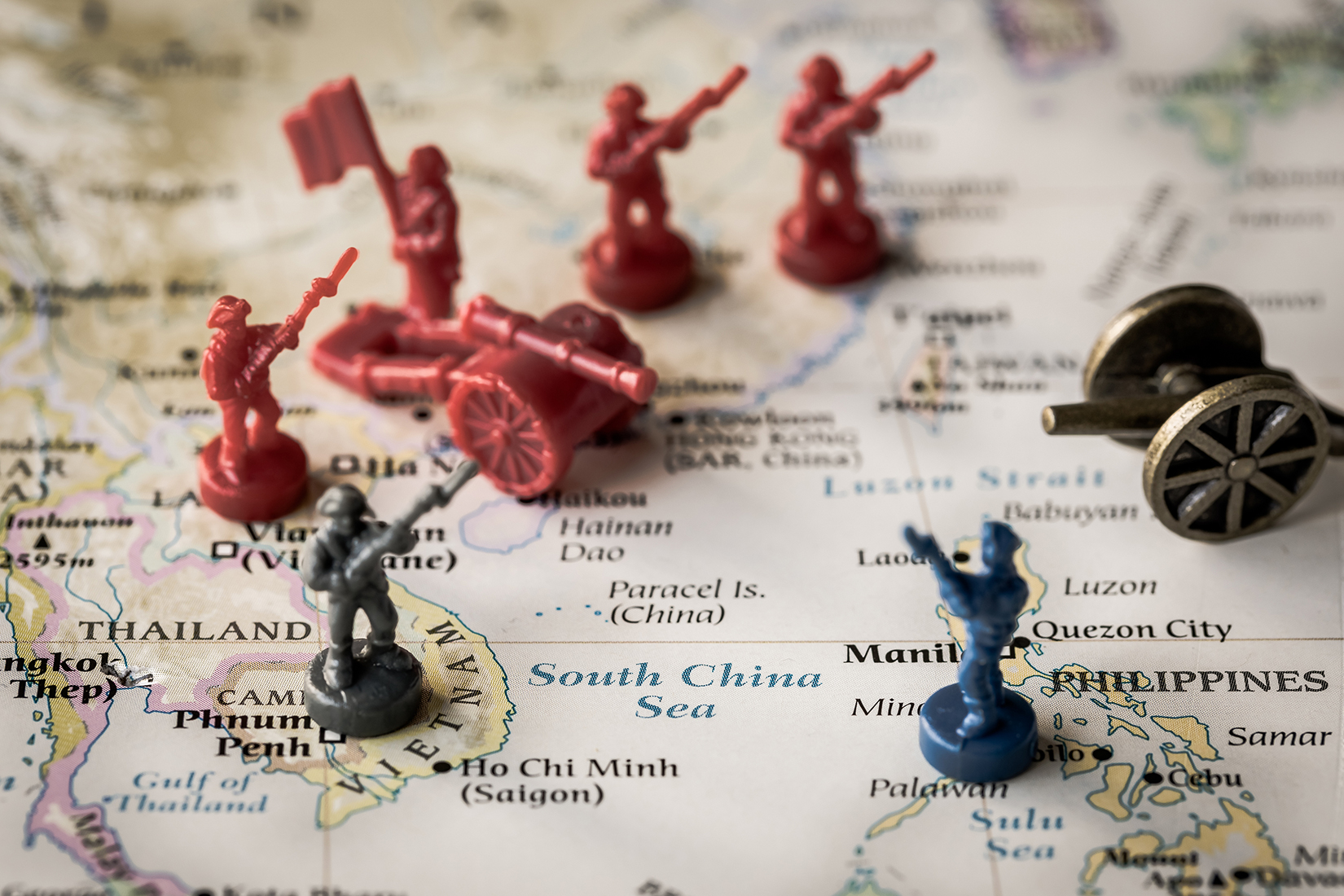 The South China Sea has become a security issue in the U.S.-China confrontation as the two powers struggle for supremacy in advanced technology, trade and the regional order. The U.S. has strongly opposed China’s assertive position there, and is itself becoming increasingly confrontational. After the ASEAN Chairman’s statement was released, U.S. Secretary of State Mike Pompeo welcomed the statement and said that issues in the South China Sea should be resolved in accordance with international law[13].

In July 2020, Secretary Pompeo issued a statement to mark the fourth anniversary of the 2016 arbitration decision that spelled out the U.S. position on territorial rights in the South China Sea. The statement flatly denied China’s claims in the opening paragraph, saying, “Beijing’s claims to offshore resources across most of the South China Sea are completely unlawful, as is its campaign of bullying to control them.” It went on to refer to the arbitration decision, as well as to strongly condemn Chinese claims like the “nine-dash line” as having no basis in international law. It added that China was violating the sovereignty of Southeast Asian maritime states by threatening the use of force[14]. In a letter to the United Nations, Australia supported the U.S. position, saying it rejected China’s claims as violations of UNCLOS that lacked any legal basis[15].

With the arbitration decision, along with the “endorsement” of major countries outside of the region like the U.S. and Australia, ASEAN countries one after another have clarified their own positions on the South China Sea. Indonesia sent a verbal communication to the United Nations saying it rejected China’s claims of the “nine-dash line” and historical ownership as lacking a basis in international law[16]. The Philippines, in a statement from the secretary of foreign affairs on the fourth anniversary of the arbitration decision, said that the decision is non-negotiable and the country reaffirmed its adherence to and enforcement of the decision[17]. Malaysia also rejected China’s “nine-dash line” in a verbal communication to the United Nations[18].

With countries denying China’s claims, Beijing worked to cultivate supporters among the more continental members of ASEAN that do not have stakes in the South China Sea and have greater interest in economic cooperation with China. Beijing has been conducting “mask diplomacy,” providing masks and other medical supplies to ASEAN countries to help them fight the coronavirus. It has made a special effort to provide aid to Cambodia, Laos and Myanmar, sending medical teams to those three countries[19]. China has also provided generous economic support to Cambodia, which has been put under sanctions by the EU, and Cambodia is expected to soon conclude its first bilateral free trade agreement with China[20]. 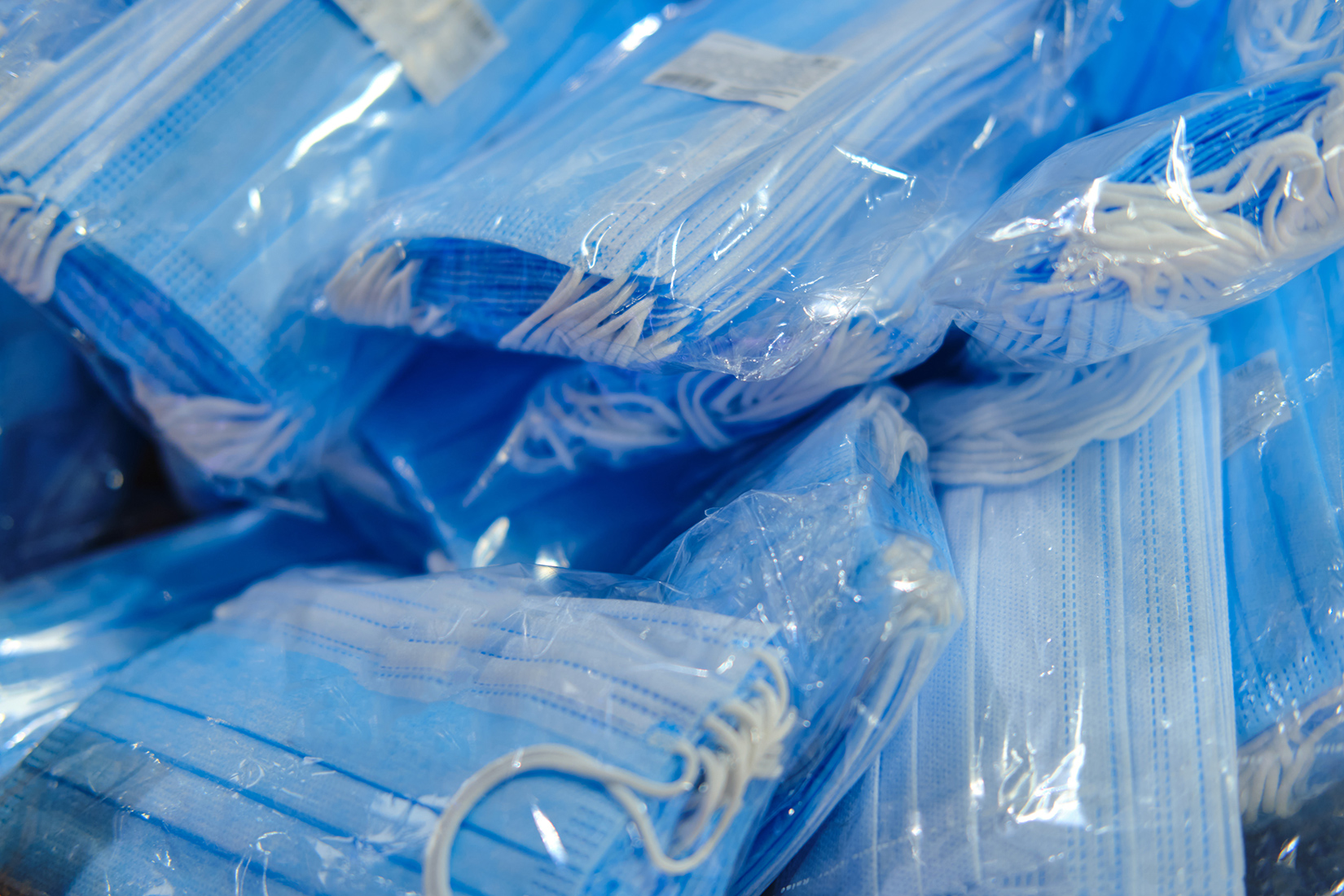 Despite their rejections of China’s claims, the Philippines and Malaysia are not fully committed. While Malaysia’s sense of alarm about Chinese activity in the South China Sea is growing, it is also moving forward with economic cooperation with Beijing. In July, the Malaysia Digital Economy Corporation (MDEC) and Huawei signed an agreement to make Malaysia into ASEAN’s digital hub[21]. Malaysia is one of the central points in China’s Belt and Road initiative, and it is an important part of China’s “Digital Silk Road” project. Malaysian Foreign Minister Hishammuddin Hussein said in parliament that he did not want the country to be “dragged and trapped” in the U.S.-China competition, and that he did not want Malaysia to have to choose a side in the South China Sea dispute[22].

Philippine President Rodrigo Duterte, known for his frequent pro-China statements, seemed to accept China’s position in the South China Sea in his July State of the Nation address. He also called on President Xi Jinping to provide coronavirus vaccines to the Philippines if China successfully develops such a treatment[23]. The Philippines appears to be shifting between the U.S. and China, with President Duterte banning the Philippine Navy from participating in planned joint exercises with the U.S. military in August in the South China Sea[24].