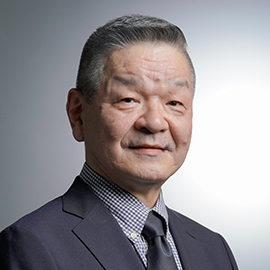 There is growing interest in how Japan would respond to a contingency involving Taiwan. Chinese Premier Li Keqiang, in his report on government activities at the National People’s Congress delivered on May 22, 2020, removed the word “peaceful” from the section addressing “reunification” with Taiwan, suggesting a possible change in policy[1]. Furthermore, Chinese military aircraft entered Taiwan's Air Defense Identification Zone (ADIZ) more than 380 times last year, according to Taiwan’s Ministry of National Defense (MOD). Then, as if to test the new Biden administration in the U.S., 13 military aircraft flew into the ADIZ on January 23, immediately after its inauguration, and 15 did the same on the following day[2]. The intimidating flights have not stopped since, with Chinese military aircraft entering the ADIZ more than 20 times in May, according to the MOD[3]. 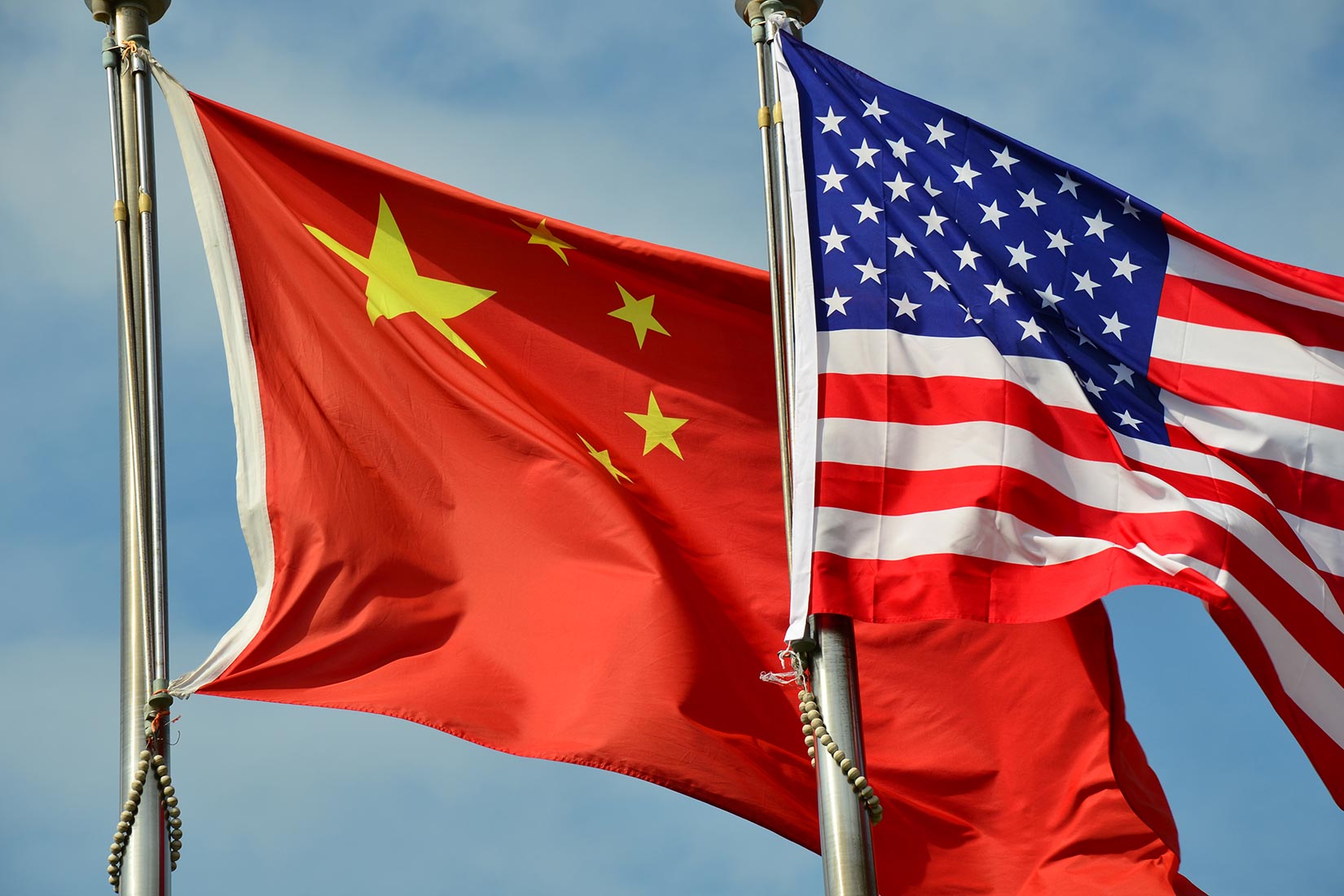 At a U.S. Congressional hearing in March, Philip Davidson, then commander of the Indo-Pacific Command, said that a Chinese invasion of Taiwan could happen in the “next six years,” and his successor, John Aquilino, said it is “much closer to us than most think”[4]. Behind these concerns, there are also worries about the delayed deployment of U.S. military forces in response to China’s growing military power[5]. According to a comparison of U.S. and Chinese forces in the Western Pacific as of 2025, China is expected to have three aircraft carriers deployed to the U.S.’ one, 108 multi-functional warships to the U.S.’ 12, six times as many submarines, and nine times as many warships. Regarding fighter jets, China has 1,250 fighters compared to the U.S.’ 250, and it plans to have 1,950 by 2025, nearly eight times more than the U.S. total. Additionally, China’s ballistic missiles also pose a major threat to naval forces approaching the area.

The U.S. overall has an advantage over China, including Washington’s 11 aircraft carriers, but even if it deploys forces from the west coast or Alaska, it would take two to three weeks for them to reach the first island chain that stretches from the Japanese archipelago to Taiwan and the Philippines. That makes it difficult to overcome the numerical advantage China maintains by virtue of geography. Given these conditions of relative power, it is no longer feasible for the U.S. alone to support Taiwan in the event of a crisis. Japan, which hosts important U.S. military bases, is in a position to take part in such a crisis.

In addition to emphasizing the “the importance of peace and stability in the Taiwan Strait” in the joint statement at the March 16 “two-plus-two” meeting (security consultations between the foreign and defense ministers), Japan and the U.S. went further in the statement at the April 16 leaders’ summit, adding the phrase, “encourage the peaceful resolution of cross-Strait issues.” This was the first time since 1969, before the normalization of diplomatic relations between Japan and China, that “Taiwan” appeared in the joint statement from a Japan-U.S. leaders’ summit.

This article will review Japan’s legal framework for addressing contingencies, and then, with a Taiwan contingency in mind, examine Japan’s response to each stage of a crisis as it develops from its initial stages into armed conflict, and what it should do to prepare. 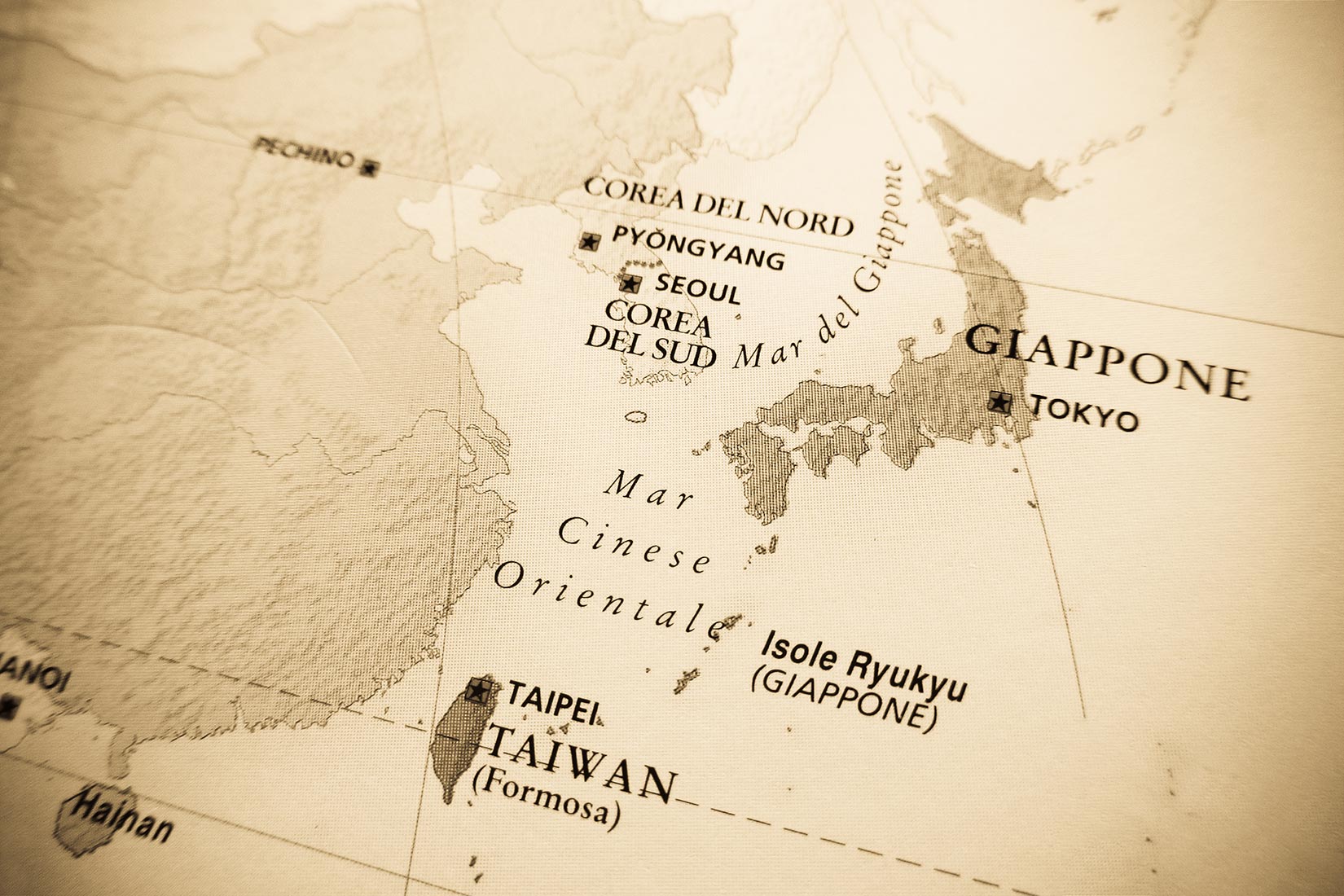 The actions of the armed forces of other countries generally involve cross-sectional responses to situations ranging from peacetime to wartime. In contrast, the actions of the Japan Self-Defense Forces are based on legal principles that enumerate its responses and authorities by action. This is the so-called “positive list” format[6]. For situations that affect Japan’s peace and security, it is designed as a “contingency management system” that classifies responses according to the situation.

Japan’s development of laws to handle “contingencies” began in 1999 with the “Emergency-at-Periphery Law,”[7] which responded to the post-Cold War shift of threat probability from direct armed attacks against Japan to emergencies occurring in the area around the country that could then spread to Japan. In 2003, the “Armed Attack Situation Response Law” was established to provide a framework for dealing with armed attacks, an area that had been neglected for roughly 50 years after World War II[8].

With the 2015 Peace and Security legislation, the “Law on Important Influence Situations”[9] was amended to remove the limitations in the Emergency-at-Periphery Law that restricted the scope of responses to the area around Japan. The 2015 legislation also added “existential crisis situations”[10] to the Armed Attack Situation Response Law. At this point there were five categories of situations that could impact Japan’s peace and security: “critical impact situations,”[11] “emergency response situations,”[12] “anticipated armed attack situations,”[13] “armed attack situations,”[14] and “survival-threatening situations.” It also laid out “joint international peace response situations,”[15] in which Japan proactively addresses situations that threaten the peace and security of the international community[16]. 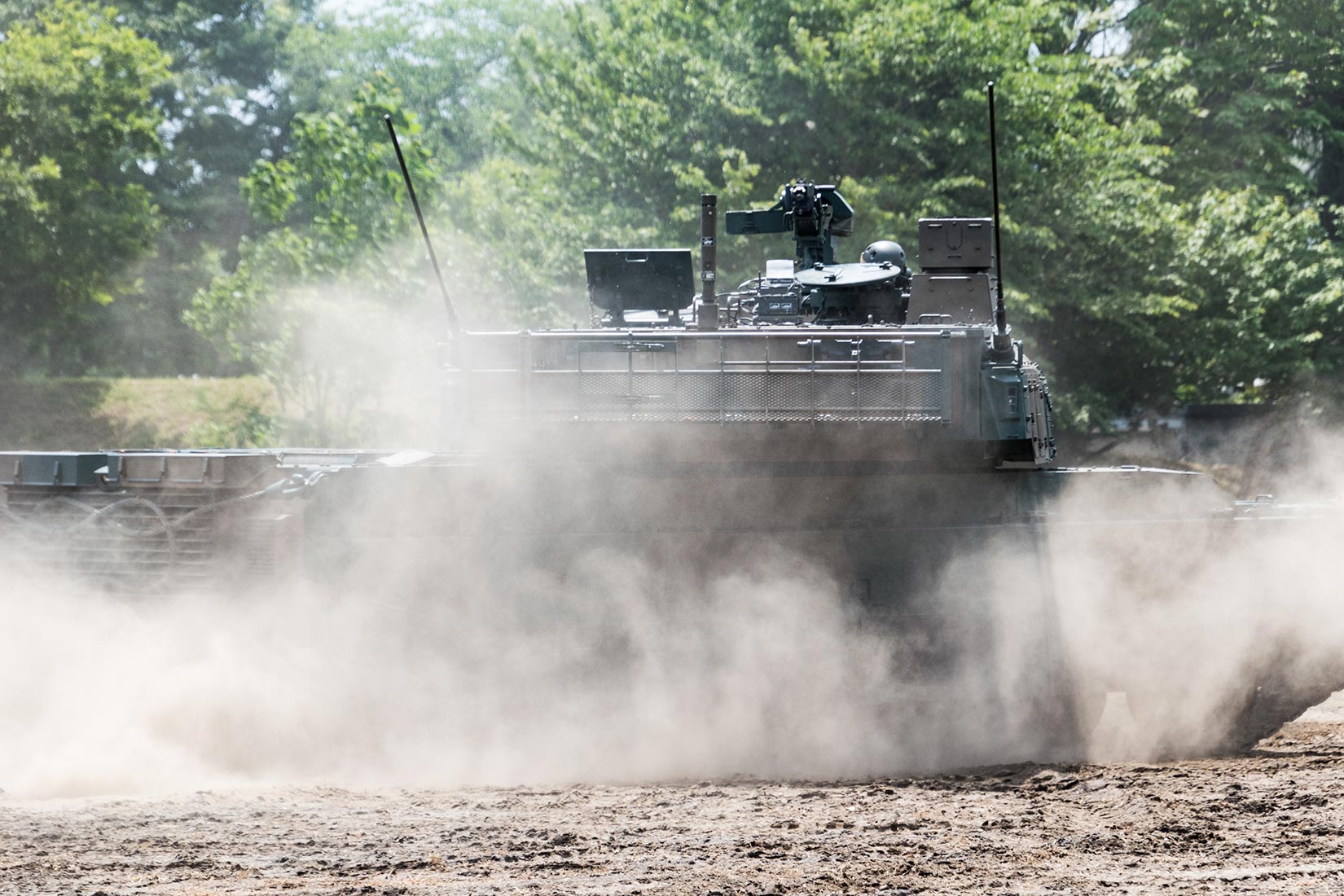 A Taiwan crisis is not expected to be classified as a “ship inspection operation”[18] based on economic sanctions, or a “joint international peace response situation.” It would instead likely be categorized as a “important influence situation” or a “survival-threatening situation,” depending on circumstances. Furthermore, if the situation spread to Japan, it would be recognized as an “armed attack situation.” However, considering Japan’s political environment, with its still deeply rooted “pacifism” and “consideration for China,” it is not always simple to immediately apply institutional categorizations for situations to reality. Therefore, the following is a discussion of Japan’s response to each scenario (see the table below for each type of situation and the SDF’s response).

If the U.S. concentrates its forces in the waters around Taiwan, supply support for the troops will be essential. If the situation turns tense, one cannot expect the ASEAN countries, which are concerned about their relations with China, to permit U.S. ships to make port calls for supplies. The U.S. forces may stop in Taiwan, but if their deployment is prolonged, they will need supply support at sea. In this case Japan’s support will be indispensable, as it can send supply forces back and forth from nearby Okinawa. For the SDF to provide supply support to U.S. forces, authorities must declare a “important influence situation.” Additionally, the declaration of a “important influence situation” allows for relevant administrative organizations other than the SDF to take “response measures,” and requests for cooperation from entities other than the government can be made[22].

If the situation develops into an armed conflict, the “important influence situation” would continue if already declared, or one would be declared if it had not been so already. Japan would support the U.S. forces that have become party to the conflict (and those of other countries participating). However, under a “important influence situation” the SDF will be unable to take “response measures” at the site of actual combat operations[23], nor will it be able to “defend U.S. forces.” Article 95-2 of the SDF Law, which is the basis for "defending U.S. forces," stipulates that the "protection of U.S. forces shall exclude locations where combat activities are currently occurring," and an attack on U.S. forces at this stage is itself a "combat activities”[24]. But with the reported threat of China’s anti-ship missiles, missile protection by the SDF will be an important form of support. Therefore, if the protection of U.S. forces is required, it is necessary to immediately declare a “survival-threatening situation.”

3) China’s attack spills over to Japan

The U.S. forces dispatched to the area around Taiwan will primarily consist of troops from U.S. military bases in Japan, such as Okinawa, Yokosuka, and Sasebo. In addition to the U.S. bases, Japanese ports and harbors, which are important rear bases, could become targets of Chinese attacks. In this case, Japan can declare an “anticipated armed attack situation” and issue a “defense convocation order” and a “standby order for deployment.” Furthermore, Japan could recognize an "armed attack situation" and order a "defense deployment" when there is a clear and imminent danger of an armed attack, and it could invoke the right of self-defense when an armed attack occurs[25]. 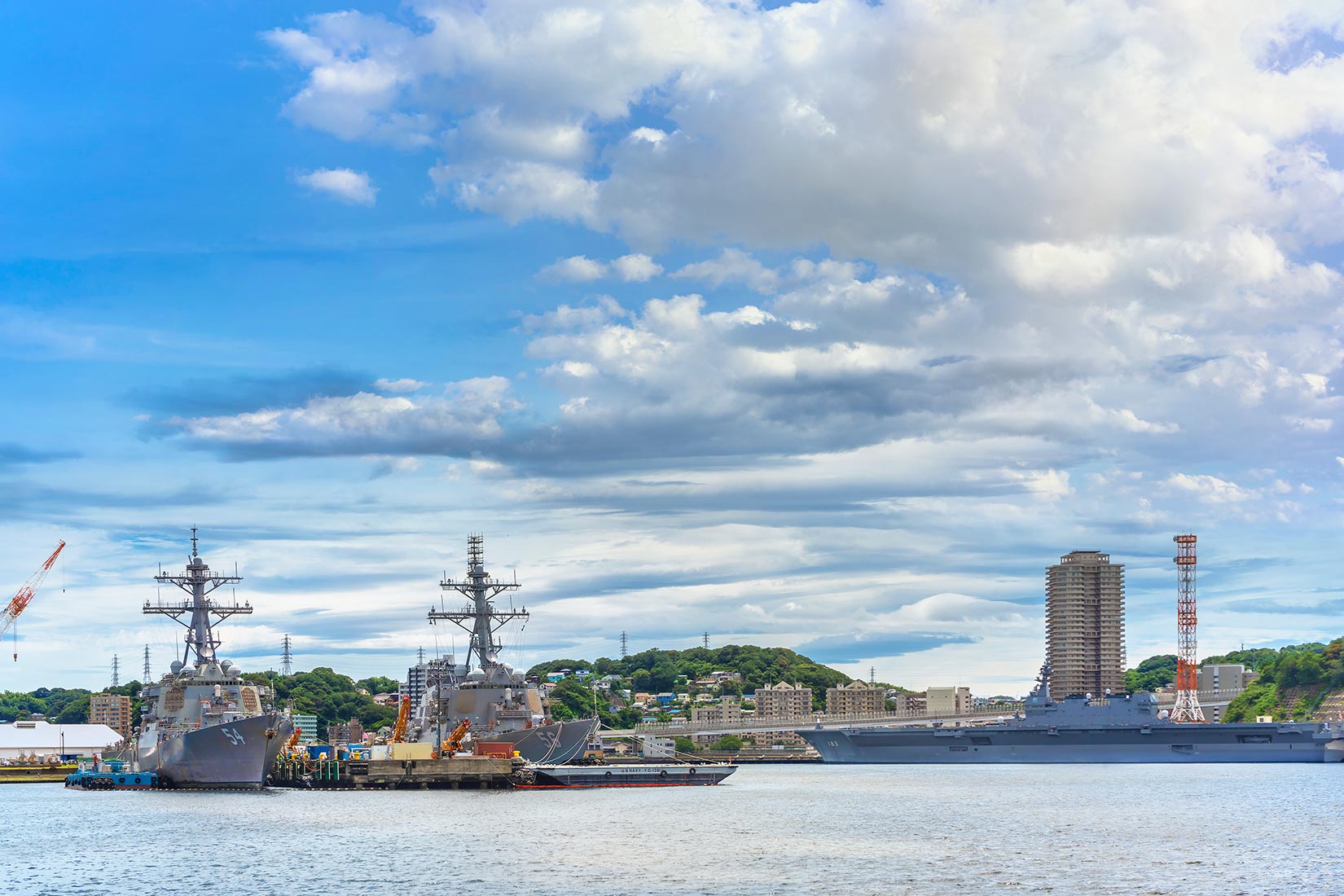 4. How should Japan prepare?

Finally, I would like to examine the issues that need to be considered in Japan’s response to a Taiwan crisis, and pose some questions regarding their resolution. As previously mentioned, China holds the military advantage in the Pacific, and it will be difficult for the U.S. military to address a situation on its own.

1) Obstacles to declaring a situation

A key factor in declaring a “important influence situation” or a “survival-threatening situation” will be the presence or absence of countries other than the U.S. that are helping Taiwan. However, China’s crackdown on democratic protests in Hong Kong has raised international alarm over Chinese hegemony, and the U.K., France and Canada have dispatched naval forces to the South China Sea as a part of the U.S.’ freedom of navigation operations. Germany has expressed its intent to do the same. In this context, the U.S. has high expectations of Japan and Australia in particular. However, if no country other than the U.S. is willing to support Taiwan, and if Japan is the only one to aid the U.S. in opposing China, confusion over declaring a contingency is inevitable. In addition to the fact that neither a “important influence situation” nor a “survival-threatening situation” has ever been declared before, confusion in domestic debate will likely make it even more difficult for the government to make quick decisions.

Furthermore, in the case that an “armed attack situation” was declared and the SDF was deployed in response to an attack by China, the SDF forces in the field would only be able to fight back using weapons under police authority, which could result in an enormous disadvantage. For this reason, a deployment order must be issued at an earlier stage so the SDF can immediately invoke the right of self-defense (the use of force) to fight back in the event of an attack[27].

In times of national emergency, timely and accurate decision-making is critical. In the current response to the COVID-19 pandemic various issues have emerged regarding the timing of declaring a state of emergency. This common problem of “situational awareness” was also noted in the September 2010 collision of a Chinese fishing boat with an SDF patrol boat, and in the 2011 Great East Japan Earthquake. The speed of decision-making in “situational awareness,” the topic of this article, is extremely important. In the COVID-19 response, there have been not only decision-making issues, but also contingency response problems, such as establishing waiting areas for people with minor infections. The problems revealed by these precedents must be examined in detail later so these substantial problems can be resolved.

Most importantly, however, even if procedures and manuals are prepared and information is obtained, decision-making is not something that can happen suddenly if one is not familiar with the process. Therefore, it is necessary to establish decision-making mechanisms and conduct exercises at all levels, from in-the-field where personnel directly deal with a contingency to the Prime Minister’s Office where final decisions are made[28].