Russian President Vladimir Putin has opened a Pandora’s box with his “special military operation[1]” against Ukraine, his threat to unilaterally strengthen Russia’s nuclear arsenal[2], and the creation of a de facto military alliance with Belarus[3]. All these represent a hegemonic challenge by the Russian Federation, and the world must never recognize such attempts to change the status quo by force. NATO countries, including the United States, meanwhile, also quickly announced that they had no plans or intentions to deploy their own troops in Ukraine[4]. They thus cannot escape the moral criticism that they did not do enough to deter the invasion and actually encouraged Russia to go ahead with the operation[5]. In this article, I consider the kind of alliance strategy and nuclear deterrence policy that are likely to be adopted by NATO, which will approve new “Strategic Concepts” at the Madrid Summit in June this year. 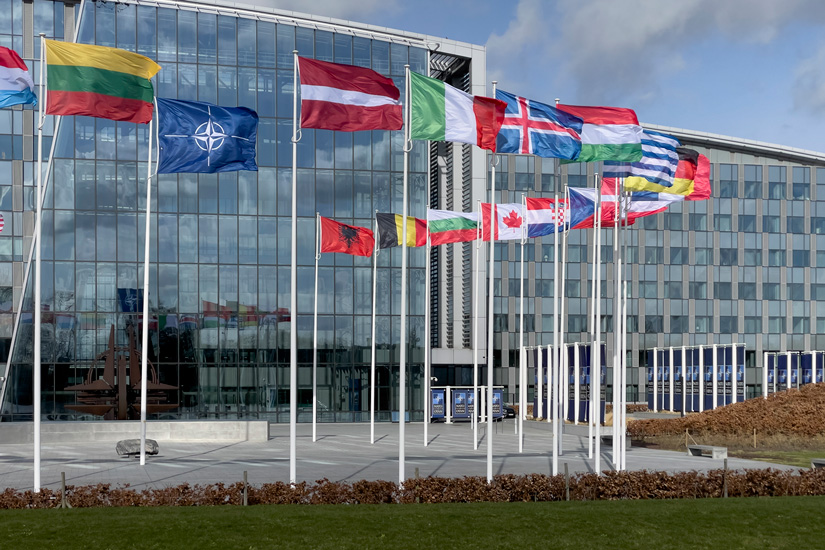 Returning to Its Core Mission

To eliminate Russia’s military influence on member states, NATO has decided to continue and enhance its surveillance activities with over 130 fighter jets and over 200 warships. It has also decided to deploy a new multinational combat group in Romania and has already dispatched 500 French troops[6]. As a result, in addition to the reinforcement of the enhanced Forward Presence (eFP) in the three Baltic countries and Poland on the eastern edge of NATO, a new combat group has been deployed on the southeastern side to create a NATO defense shield against the Russian military[7].

In addition, with the approval of the North Atlantic Council (NAC), NATO’s highest decision-making body, the NATO Response Force (NRF) of up to 40,000 personnel consisting of multinational land, sea, and air forces has been assigned to operational deployment for the first time under the Graduated Response Plans. The NRF has been called to respond quickly to a wide range of crisis situations since operations began approximately 20 years ago in 2004, from crisis management to collective defense. Until now, though, it has been mainly engaged in nonmilitary activities, such as support for displaced people in Afghanistan and support for the country’s presidential election. It will be put to the test now in responding militarily to the Russian threat.

There is no telling how the situation in Ukraine will unfold. The resistance of the Ukrainians has so far been unexpectedly strong[8], drawing out the war waged by Putin. While the Russians scored several early gains, they now appear to be increasingly stymied. In other recent examples, the Russian military ended its combat operations in five days when it invaded Georgia in 2008 and in four days after the annexation of Crimea in 2014[9]. Putin no doubt assumed that the Ukraine operation would also end promptly through the use of hybrid warfare combining military and nonmilitary tactics.

In planning the invasion, the Russian side may have miscalculated the impact military support to Ukraine from NATO and individual member states could make. Since the annexation of Crimea by Russia, NATO member states—notably, the United States, the United Kingdom, Canada, and Turkey—have contributed to improving the capabilities of the Ukrainian armed forces by providing various equipment on a bilateral basis and supporting the education and training of military personnel. In addition, since Russia’s invasion began, comprehensive support has been provided through the NATO Liaison Office in Kyiv, including cyber defense, command, and communication; provision of commercial satellite images, and logistical support[10]. These efforts have helped ensure the durability and sustainability of the Ukrainian armed forces in the face of the Russian onslaught.

Since the annexation of Crimea in 2014, cyberattacks and disinformation have come to be strongly recognized as existential threats in Europe, alongside military hardware like tanks and jet fighters. To prepare countermeasures against such threats, independent core research institutions (Centers of Excellence) related to hybrid threats have been established one after another, strengthening cooperation between NATO, the EU, and COEs[11].

In addition to the swift and effective implementation of concrete measures to deal with hybrid threats, direct information sharing by the intelligence community transcending alliances and borders has been another factor that has helped Ukraine. For example, the Five Eyes intelligence alliance[12] gave partial access to its satellite images, drone images, radar information, and intercepted communications in the combat zone, resulting in a degree of involvement in support of Ukraine by such Pacific countries as Australia and New Zealand[13].

These efforts have led to the smooth sharing of information between NATO and its partners and the prompt release of Western open-source intelligence (OSINT) to counter and disprove Russia’s disinformation, reducing the effectiveness of Russia’s nonmilitary attacks and serving to prevent the spread and escalation of damage. In other words, steady efforts to analyze, examine, and develop response measures to the hybrid war, which had been ongoing since 2014, grounded Russia’s hybrid arsenal, and global intelligence cooperation helped to slow down Russia’s military advances. This has given a ray of hope to Ukraine, but NATO must also confront the reality that the military alliance, designed to respond to traditional military warfare, was essentially powerless to deter and prevent the invasion. 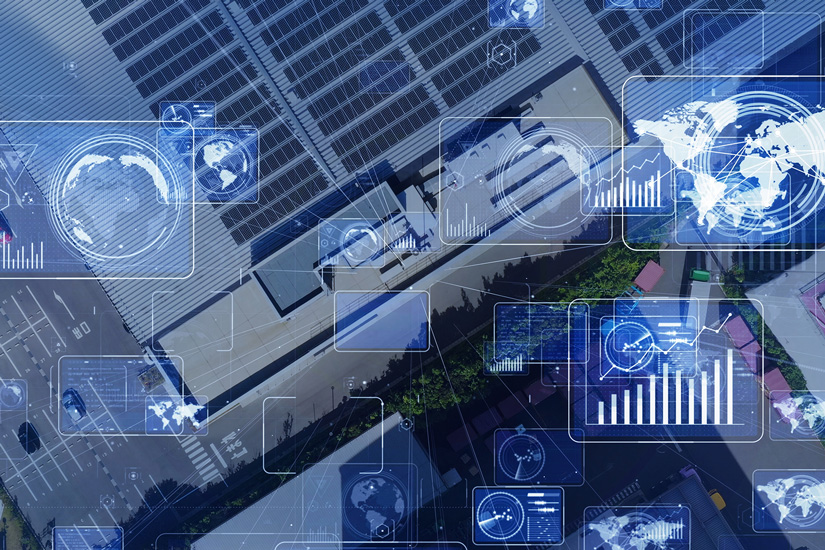 NATO is currently preparing for the Madrid Summit to be held in June 2022 with the aim of adopting new Strategic Concepts for the first time in 12 years. The core of the Strategic Concepts will reportedly deal with a broad range of issues that NATO is expected to face over the next 10 years. The Russian military invasion will inevitably lead to a partial revision of the concepts, but more fundamentally, Putin’s violent actions aimed at realigning the European security order will pose crucial problems for the alliance’s survival. For example, as the situation in Europe deteriorates, one key issue will be maintaining America’s military presence in Europe at a time when the United States is increasingly shifting its strategic focus toward the Indo-Pacific[14]. There are also concerns about rifts within the alliance[15], which have surfaced in dealing with Russia from around the end of last year.

The effectiveness of nuclear deterrence in the wake of Russia’s invasion will be another major agenda item, including how it is positioned within the new Strategic Concepts. The discussion was prompted by Putin’s February 27 order that Russia’s nuclear deterrence forces be put on high alert, shocking nuclear-free advocates around world[16]. Russia had continued to threaten NATO allies with nuclear weapons through test launches of nuclear-conventional dual-capable warheads, such as at the large-scale Vostok 2018 military exercise[17] in September 2018, and the deployment of SS-26 Stone missiles (Iskander-M)—intermediate-range missiles capable of carrying nuclear weapons—in the Russian enclave of Kaliningrad in May 2020[18].

If Russia continues to seek operational superiority through the development and deployment of new nuclear delivery systems[19] like supersonic missile systems and cruise missiles and the integrated operation of conventional precision weapons and low-yield “tactical” nuclear weapons[20], NATO will need to reconsider and significantly alter its existing nuclear policy.

NATO has stated that “as long as nuclear weapons exist, it will remain a nuclear alliance.” It has conducted consultations on its nuclear policy and posture in the Nuclear Planning Group (NPG) and has maintained a posture of maintaining nuclear forces, combining them with conventional forces and missile defense capabilities. Amidst the lack of transparency and growing uncertainty regarding Russia’s nuclear intentions, NATO needs to explore, agree on, and implement a nuclear deterrence strategy in keeping with real-world developments[21].

In operational terms, NATO will need to address the increasing fragility of the Suwalki Gap, a narrow strategic corridor of only 104 km on the Polish-Lithuanian border, should a Russian military unit with both nuclear and nonnuclear capabilities be stationed in Belarus in the future[22]. This means that any preliminary deployment of the NATO Response Force out of growing concerns over the security of the three Baltic states and Poland in the wake of the invasion of Ukraine could be hindered by the presence of Russian medium- and long-range nuclear forces deployed in Belarus. If NATO hesitates to engage freely in operations on its eastern front within its own territory, in a worst-case scenario, the three Baltic states could wind up being isolated, as operations, supplies, and communications are cut off. This could prompt an early activation of NATO’s collective defense provision (Article 5) and lower the threshold for large-scale war, including nuclear war, in Europe. 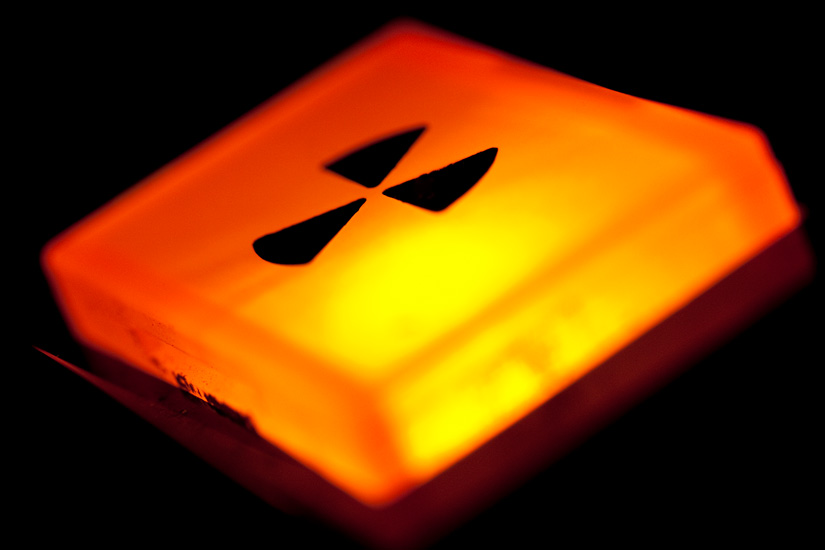 In response to these concerns and in the absence of any new measures to ensure the credibility of the US nuclear umbrella following the abrogation of the INF Treaty[23], Europe may choose to expand the Nuclear Sharing Agreement, which guarantees the sharing of nuclear deterrence risks and responsibilities among NATO member states. Nuclear sharing is designed to deter nuclear attacks by clearly outlining the sharing of responsibilities and potential damage within the alliance. At present, Germany, the Netherlands, Turkey, Italy, and Belgium are positioned as nuclear-sharing countries[24]. Given the changes in the European strategic environment, a multilateral, eastern nuclear shield could be built following discussions at the NATO Summit and other high-level meetings and acceptance of this system by member states in Central and Eastern Europe, helping to thwart further expansion by the Russian military.

As for East Asia, there is concern going forward of a growing nuclear threat from China and North Korea[25]. As a nonnuclear state, Japan should begin serious political discussions on ways to deter nuclear attacks based on lessons learned from and developments in Europe. As a first step, we need to begin openly discussing the option of nuclear sharing in response to changes in the environment surrounding Japan, in addition to acquiring the capability to strike enemy bases to strengthen Japan’s self-defense—an option currently under consideration within the government[26]. In a world of rapidly increasing volatility and uncertainty, we do not have any time to waste.

Translated from an article originally published on the Japanese IINA website on March 15.