In the summer of 2021, several extreme weather events occurred at about the same time in various parts of the world. As a result, temperatures rose to around 50 degrees Celsius in the U.S., Canada, and southern Europe; large-scale wildfires broke out one after another; and unprecedented flooding occurred in Germany, Belgium, and China. The damage caused by climate change has continued to increase over recent years. The global economic loss caused by global warming has increased by about 2.5 times over the 20 years ending 2030[1], and researchers have noted that 200 million people worldwide will be "Environmental Migrants" by 2050[2].

On August 9, the UN Intergovernmental Panel on Climate Change (IPCC) published its Sixth Assessment Report (AR6), which reviewed the latest scientific findings on global warming research and compiled the results. Established in 1988 by the United Nations Environment Programme (UNEP) and the World Meteorological Organization (WMO) to assess climate change science, the IPCC evaluates climate change impacts and risks, and advocates for adaptation and mitigation strategies[3]. 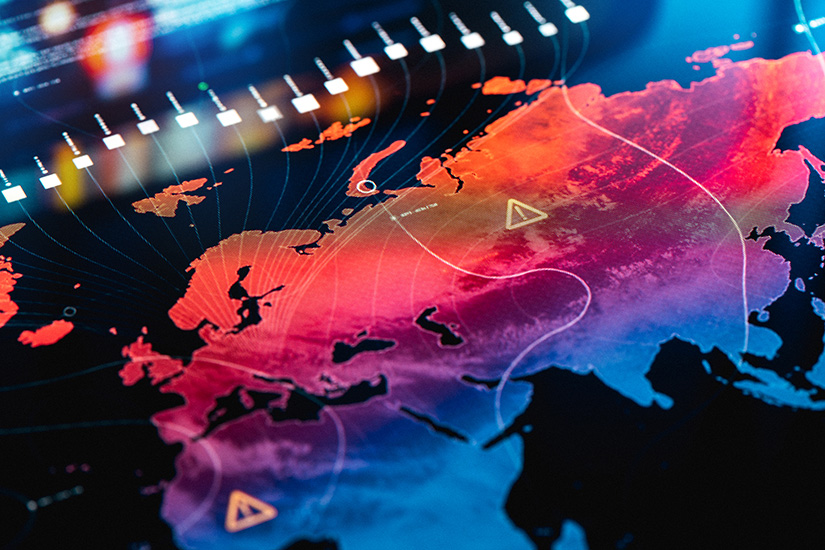 IPCC AR6 concludes that human impact on global warming is "unquestionable" and that "human-induced" climate change causes widespread and rapid changes in the atmosphere, oceans, snow and ice sheets, and the biosphere[4]. The previous IPCC AR5 (Fifth Assessment Report) published in 2013 used the relatively restrained expression that the possibility of human effects on global warming was extremely high. Less than 10 years later, the warning from scientists about the major impact of human activities on climate events stunned the international community.

AR6 also notes that the efforts of the international community to reduce greenhouse gas emissions over the past few decades have been completely inadequate, and it reiterates the strong sense of crisis that global warming and climate change cannot be mitigated unless humans make significant and steady progress in decarbonization[5]. Inger Andersen, Under-Secretary-General of the United Nations, warned, "As a result, climate change is a problem that is here, now. Nobody is safe. And it is getting worse faster," and urged the world to go even further[6].

In the long run, accelerated efforts to address global warming can mitigate climate change, but in the short to medium term, it seems unexpected that the impact of climate change can be immediately eliminated[7]. This is because increasingly severe environmental changes, such as melting ice and rises in sea level, are likely to have already reached "tipping points[8]" where human-induced greenhouse gas emissions can cause irreversible changes to climate systems and ecosystems. Many of the changes observed in the climate are unprecedented in thousands, if not hundreds of thousands of years, and some already in motion will be irreversible over hundreds to thousands of years[9]. This change has likely reached the point of no return, placing humans in an unstable global environment for generations to come. This influence of climate change is, in other words, a threat multiplier. 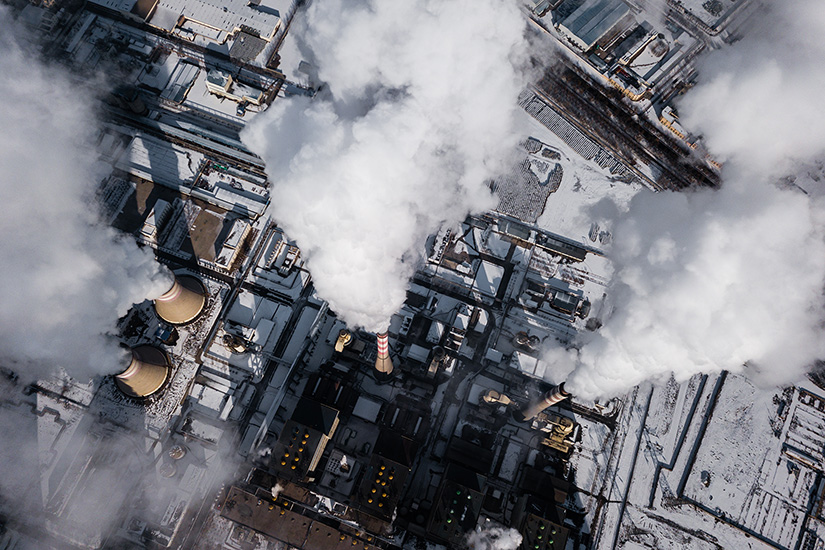 Climate Change Resilience and the Military

NATO, which has been active on energy security and sustainability since 2008[10], has been engaged in activities like dispatching military helicopters and personnel to support aerial firefighting for catastrophic wildfires in Greece, Albania, and Turkey since July this year[11]. NATO also dispatched troops in response to floods in the Balkan Peninsula in 2010 and wildfires in Kosovo in 2015. These operations are conducted through the Euro-Atlantic Disaster Response Coordination Center (EADRCC) and are considered civil support based on the civil emergency response mechanism[12].

To reinforce the collective defense obligations set out in Article 5 of the North Atlantic Treaty[13], NATO has already clarified the readiness and preparedness obligations of individual member countries in peacetime, and has pledged to eliminate vulnerabilities and maintain and strengthen resilience in the conduct of collective defense under Article 3 of the North Atlantic Treaty[14]. For NATO, large-scale natural disasters are one factor that increases the vulnerability of the alliance as a whole, and support for responding to such disasters appears to be part of strengthening resilience to ensure a collective defense posture. The same is true for pandemics, such as Covid-19.

Future climate change effects will be spread around the world with a combined speed and intensity that will likely exceed predictions due to “nonlinear interactions,” in which many weather factors have complex effects[15]. In this context, it is not difficult to imagine that the role and activities of NATO will continue to expand under the common recognition that the alliance will deal with imminent threats[16]. In fact, the "NATO Climate Change and Security Action Plan" adopted at the NATO Summit in June 2021 positions climate change as a "threat multiplier" and clarifies the push to strengthen military measures for climate change[17]. In Japan's Self-Defense white paper, it has been pointed out in recent years that the disaster relief operations conducted by the SDF have tended to be large-scale and long-term operations due to the effects of record-breaking heavy rains and typhoons. It is expected that a similar awareness of the issue will become more widespread in Japan[18].

On the other hand, as long as the military itself is a major player operating in the global environment, it will be affected by climate change as the general public. The likelihood of trying operations will increase in the face of extreme weather conditions such as super high temperatures, heavy rains and sandstorms. In this context, it is only natural that equipment to support the sustainability of the military and strengthen soldiers’ resilience are needed[19]. In fact, a variety of discussions have begun in the French security community on "Soldat Augmenté," in which technology improves the physical and cognitive abilities of soldiers[20]. From a biological viewpoint, the movement has begun to improve the ability of soldiers to withstand the effects of climate change[21]. 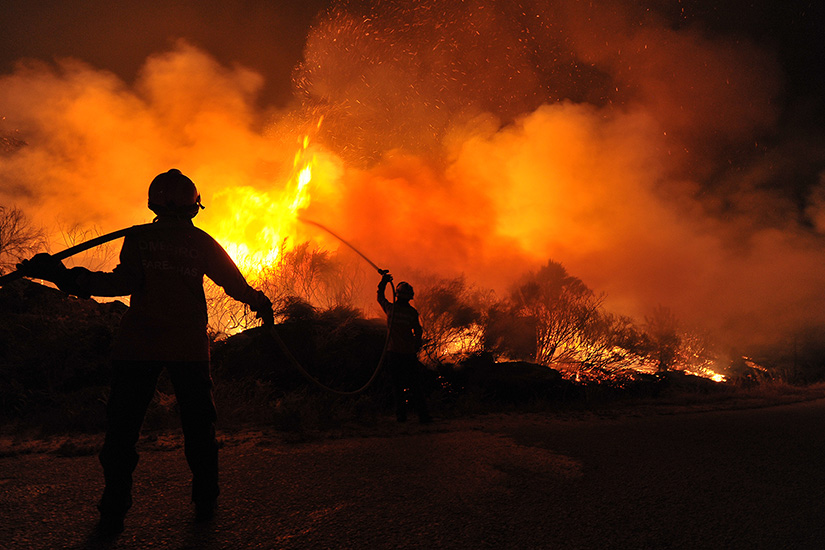 Global Environment and Domain of Operation

What autonomous strategies and doctrines should the military adopt considering that climate change is increasingly seen as the "greatest threat to security?[22]" At present, the boundaries of each domain have become blurred due to the rapid evolution of technology, and their integration is progressing. As a result, in addition to the existing domains of land, sea and air, the interconnectivity of cyber and space has increased, and there is a move to consider these domains as an integrated and comprehensive domain of operations[23].

From a macro perspective, the global environment affected by climate change, cyberspace and outer space — the new domains — are global commons that combine "nonrivalness and nonexcludability[24]." However, the risks of preventing their free access and exploitation due to human-induced factors have proliferated and become more serious[25].

In particular, climate change, in which the atmosphere, oceans, snow and ice, and land surface are interrelated, is feared to have a synergetic impact on the entire interconnected operational domain because of its expanding, irreversible effects. Therefore, it is time for the military to position climate change as one of the new operational domains, as it has done with cyberspace and outer space, and to establish strategic coping strategies that emphasize military approaches.

Regarding cybersecurity and mission assurance (MA) of the space system, it is essential to identify "attribution" to understand attackers from multiple perspectives and to clarify their intentions and capabilities. In dealing with human-induced climate change as an operational domain, as with cyber or space operations, first priority should be given to identifying the drivers of climate change and evaluating them objectively, as fitting the military perspective of clarifying the reality of threats. Second, in order to realize organizational reform premised on a long-term response by the military, appropriate resource allocation, and the cultivation of climate literacy, the urgent task is to develop security and military strategies on climate change. Furthermore, as climate change becomes increasingly severe, there is a strong need to promote information sharing and mutual assistance among allies and friendly countries, and to strengthen climate resilience capabilities. This will be important to protect the global environment, which is an important domain of operations as well as a global common.