Afghanistan After the U.S. Withdrawal — how Japan can Support Rural Development in a People-Oriented Manner 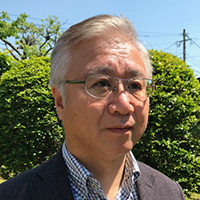 The U.S. forces stationed in Afghanistan will be completely withdrawn by September 11 of this year. The government of Afghan President Ashraf Ghani, the lawful government based on the 2004 constitution[1], is suffering from harsh attacks of the Taliban. The Taliban have refused to negotiate a peace with the government, which is facing internal struggles and a loss of public trust. There is widespread concern in Afghanistan and abroad that after the U.S. withdrawal, Afghanistan will either remain mired in civil war, or it will once again be ruled by an extreme Islamic regime under the Taliban.

The U.S. military has helped the Afghan Security Forces (ANDSF) with aircraft operational support and training since 2015. As mentioned above, however, the ANDSF failed to weaken the Taliban and instead allowed it to expand. How did the ANDSF, which was supported by the U.S. military and thought to have the advantage, come to find itself in the inferior position? The choices of the people, who are in a position to be ruled play a large role in this.

The first consideration of the Afghan people is the protection of their lives and livelihoods, and their second is whether governance is in line with their own tradition, culture, and customs. Whether the government or the Taliban can fulfill these criteria for the people will be key for either side to gain their support. Also, when considering governance and the people, it is important to understand how governments have governed populations in the past. 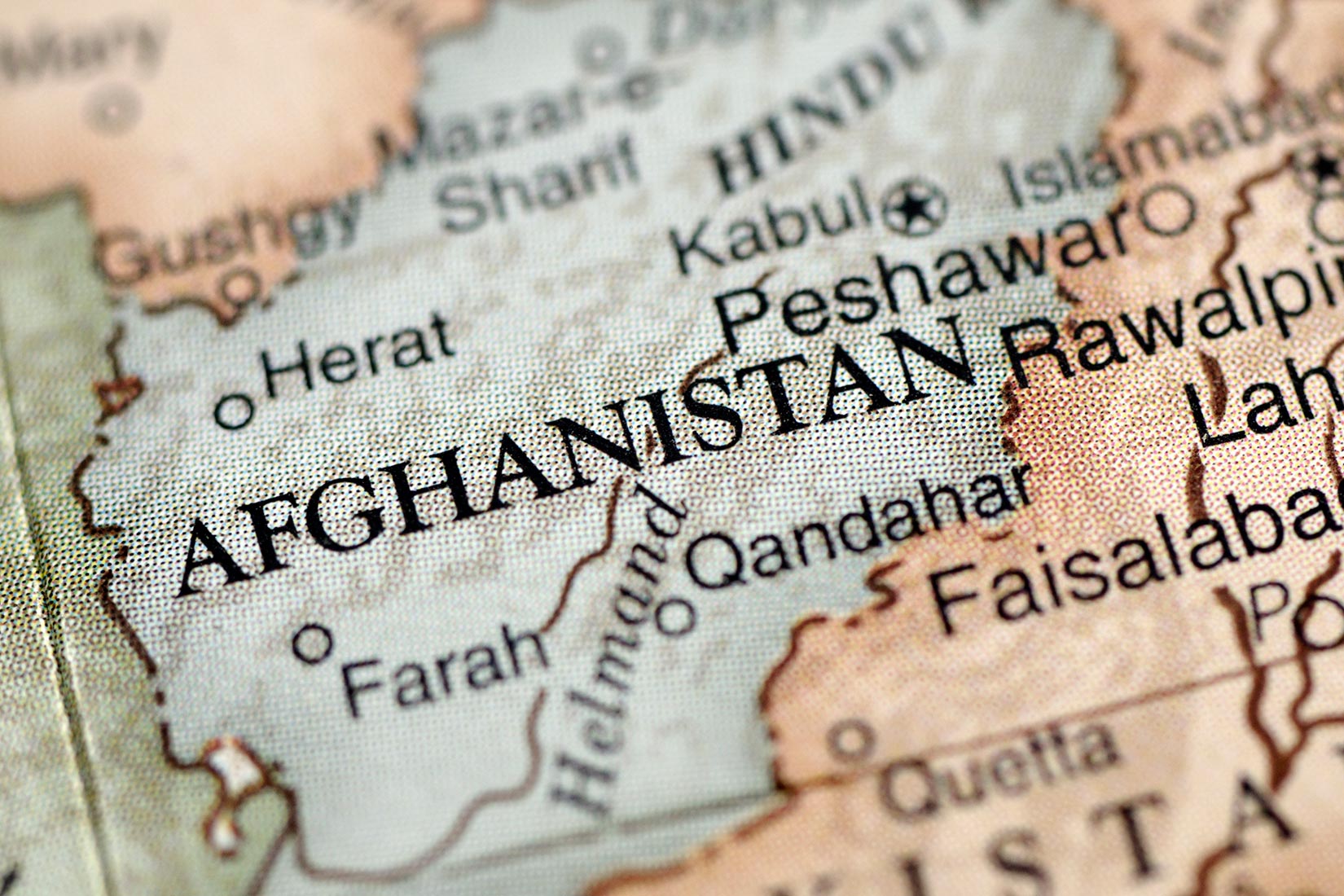 Governance in Afghanistan after the British and Soviet withdrawals

The U.K. fought three wars in Afghanistan in the 19th and early 20th centuries, and it made Afghanistan a protectorate until 1919. The 40 years following the Second Anglo-Afghan War were the most stable period during this time. In 1881, after that conflict, Abdur Rahman returned from his exile in Russia to unify the country. Britain made the country a protectorate and took control of its foreign policy while providing financial support to the government.

Emir Abdur Rahman unified Afghanistan by force of arms, created a standing army with young men from the Pashtun tribes, and conquered and Islamized Kafiristan (now Nuristan Province). He also paid salaries to local religious leaders (mullahs) across the country, turning them into civil servants, leading to closer contact and cooperation with religious leaders.

After the Third Anglo-Afghan War in 1919, Afghanistan regained control of its foreign policy and became independent, but financial support from Britain ended. King Amanullah, then the country’s leader, received aid from France, Germany, and other countries, but Afghanistan’s rapid modernization (in other words, an influx of anti-Islamic culture) and economic deterioration led to the estrangement of military and religious officials, as well as the Shinwari rebellion and the uprising of Bacha-ye Saqao, which forced the Afghan king into exile in 1929.

After the Soviet invasion from 1979 to 1989, the Najibullah communist regime (the Democratic Republic of Afghanistan) survived for three years, but it collapsed in 1992 when the Mujahedeen seized the capital of Kabul. The Mujahedeen then established the Islamic State of Afghanistan, but conflict arose between various factions. Each faction formed around warlords that controlled and occupied areas of the country. The warlords ruled without paying heed to the law, and unjust and tyrannical politics were the norm in every region. In this context, the Taliban was formed among the Pashtuns who had taken refuge in Pakistan, and by 1996 it controlled about 90% of the country, including major cities. The Taliban’s rule was based on a strict interpretation of Islamic law and it restored order to society, but it also provided a base to the international terrorist organization Al-Qaeda and it overrode internationally recognized rights for women and other basic human rights, resulting in international condemnation and U.N. sanctions. 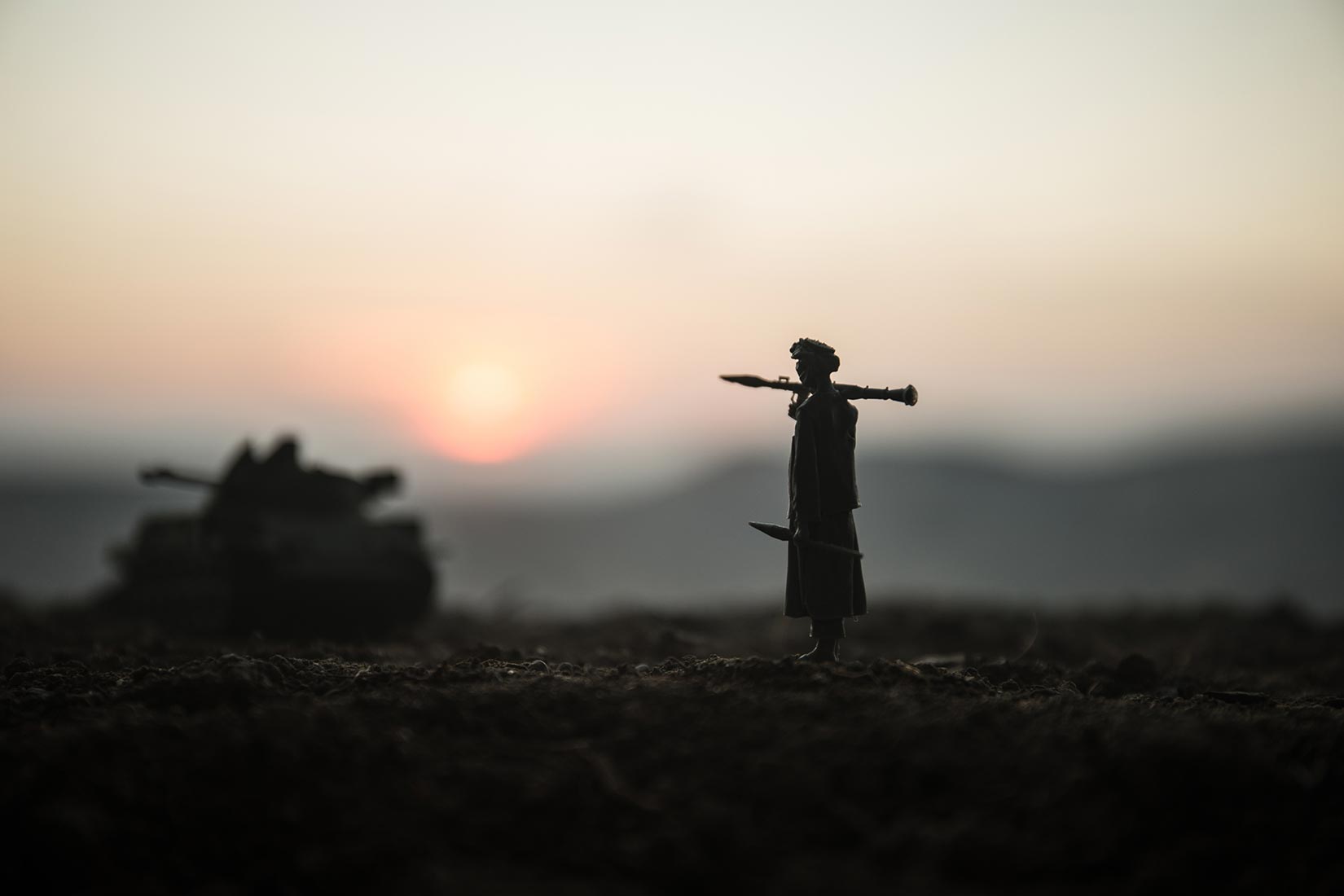 Afghan governance from the perspective of the people

For the people who have experienced the history discussed above, the following can be said[3]:

First, if, as was the case under Emir Abdur Rahman, the government respects the tribal society and the Islamic order rooted there; and funds flow from the government to the key members of the tribes or communities (the elders and mullahs); and life is stable, the people will be content, trust in the government will increase, and governance will be stable. The people naturally rose up against King Amanullah, who had rapidly introduced modernizing policies that seemed anti-Islamic while also eliminating the salaries of the mullahs, who had been civil servants.

Second, even if the government advocates Islamism, the people will become alienated if there subject to undue burdens and tyranny, as was the case when the warlords occupied the provinces in the early 1990s. After that, the people welcomed the Taliban and their strict Islamic order with open arms.

Third, the above two points can be said the apply to the Pashtuns, who have dominated the country since the Durrani dynasty formed the prototype of modern Afghanistan in the 18th century, and who are still the nation’s largest ethnic group. For other populations, like the Hazaras, who are Shia, and the Tajiks and Uzbeks, who are Sunni, political stability and economic vitality are beneficial, but the Islamism of the Taliban, which enforces the customs of the Pashtuns, deprives them of their own cultural traditions.

The last thing to remember is that the Afghan population tends to oppose and eventually reject foreign rule and its impact on their culture and customs. The 20th century saw the rejection of an influx of Western culture and customs under King Amanullah’s modernization program, and the rejection of communism with its anti-religious and anti-Islamic elements. In the international intervention in the country in the 21st century, the U.S. military’s search for Al-Qaeda and Taliban soldiers who violate Islamic culture and customs; the provision of rewards to informants, which causes discord among the population; and misdirected bombings have led to opposition and rejection of the U.S. and the international community that supports it. 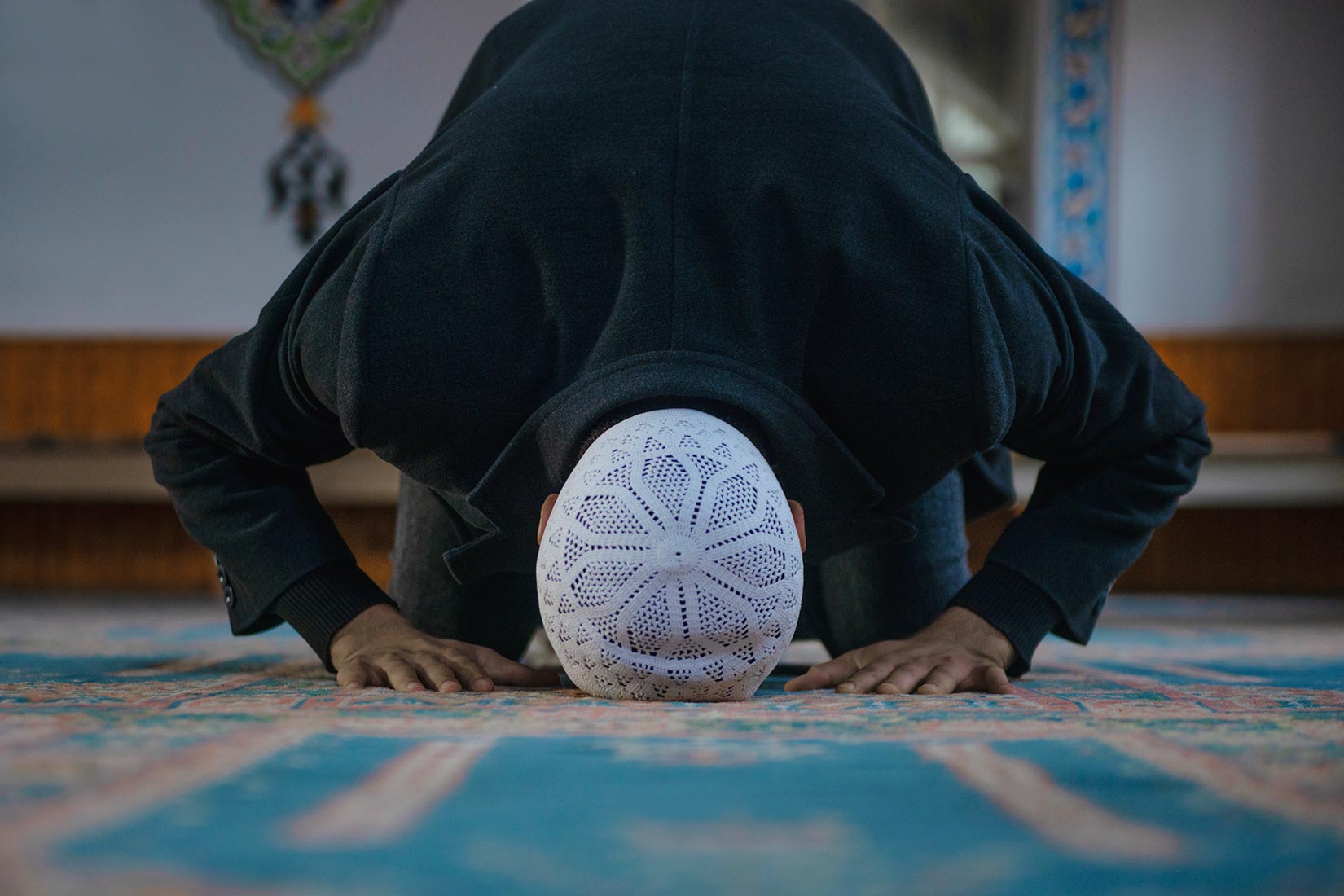 What Japan should do after the U.S. withdrawal

After the complete withdrawal of U.S. troops from Afghanistan, there are concerns that civil war will continue and that the Taliban will eventually regain control. Some argue that steps should be taken before the withdrawal, including the restoration of intelligence-gathering and counterterrorism networks, the development of strategies and measures to ensure the safety of humanitarian and development aid workers, and the protection of women’s rights[4]. If such steps are to be taken, they should be done in a way that sits well with the people who have suffered from incessant warfare for over 40 years — namely they should protect the lives and livelihoods of the people and ensure that their religion, culture, and customs are respected.

In a September 2019 article, I discussed the success of the Peshawar-kai’s (PMS) Green Land Project (Midori-no-Daichi Keikaku) led by the late Doctor Tetsu Nakamura. With the help of this group, 16,500 hectares of farmland and a community of 650,000 people were created, and the area is now free from the conflict in Afghanistan. In December of that year, Nakamura was shot and killed, along with his driver and four security guards. But the people of the community he helped create have carried on his will and are working to develop the community and region. PMS continues to provide support from Japan[5].

A recent report from PMS said that it had received a request from a former PMS employee and Nuristan provincial government official to construct an irrigation canal, and that they had first proposed training for engineers from the province. The report also noted that the organization is working on “Guidelines for PMS Irrigation System” in line with JICA’s plan, and it hopes the completion of the guidelines will offer hope and encouragement to the people of Afghanistan[6].

This community can safely exist in the midst of the war between the government and Taliban because the residents can live and prosper there, and a community centered around a mosque has developed. Neither the government nor the Taliban can openly criticize the community[7].

For the past 20 years, Japan and the rest of the international community have supported the current political system (the constitution, government, parliament, ANDSF, etc.) created in line with the Bonn Agreement. At a December 2020 meeting of donor countries, Japan said that it would work to maintain its annual support of $180 million for the next four years, and that it is ready to consider additional support if progress is made in the peace process[8]. At that meeting, donor countries pledge $3 billion for 2021 and a total of $12 billion over four years, indicating the international community will continue to support Afghanistan.

As political and military conflict continues, this international aid needs to become more people-oriented. Of course, this would require political approval from the Afghan government and the Taliban. That, in turn, requires international recognition of the Taliban not only as a party in the peace negotiations with the government, but also as one to be consulted in rural development. When recognizing the Taliban, leaders should form a working group on village development with buy in from the government, the Taliban, and international partners to think about what kind of communities villages should be. In that case, PMS’ farmland and community development in Nangarhar could be of great help. By including the Taliban in such a group, participants could also discuss issues of Islam and internationally recognized human rights.

The above suggestion may seem impossible given the current political and military situation in Afghanistan. However, Japan proposed the Afghanistan Peace and Reconstruction Initiative at the U.N. in December 1995 (in a speech in the General Assembly by U.N. Ambassador Hisashi Owada), promoted dialogue between the Taliban and various Afghan factions, and, while it supported the U.S., has provided reconstruction assistance without sending in the Self-Defense Force for the past 20 years. With a track record like that, there is nothing that is impossible for Japan. The success of PMS’ Green Land Project and JICA’s effort to expand this model nationwide should win Afghans’ trust.

In March 2004, when I was serving at the Japanese embassy in Afghanistan, a member of the House of Elders from Zabul Province told me, “We are being struck by the Americans on our right cheek, and by the Taliban on our left. I don’t want any more war. Japan restored the city of Kandahar by repairing the main roads and other work, and I’d like to ask Japan to restore Zabul as well.” I responded by telling him to rely on the central government, which was supported by the international community. The U.S. military’s Provincial Reconstruction Teams (PRT: military units that would do reconstruction work together with civilian engineers) were expected to be deployed, and the international community was trying to provide support through the central government.

But now the U.S. troops will be withdrawn, and the area controlled by the central government shrinking dramatically. Japan should take the initiative in peace and reconstruction, as it did in the late 1990s when it proposed the Peace and Reconstruction Initiative, this time focused on people-oriented rural development.