The African Union’s Security Policy — Implications for ASEAN and Japan 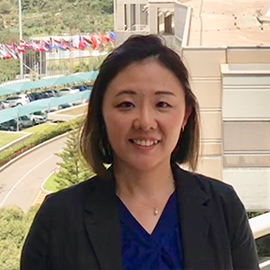 The African Union (AU) celebrated its 20th anniversary on May 25, 2021. The organization has 55 member states including Western Sahara, which is not recognized by the United Nations. It is pursuing important policies, such as fighting COVID-19, promoting the African Continental Free Trade Area (AfCFTA) trading bloc that went into effect in January 2021, and releasing the African passport in 2016 to facilitate smoother movement throughout the continent.

Most importantly, since May 2021 the AU has made noteworthy decisions on African security issues, including the deployment of election observers to Ethiopia and a commission of inquiry into the Tigray War, dealing with the breakdown between the U.N. and local government in Somalia, and suspending Mali from the AU. That has important implications for the Association of Southeast Asian Nations (ASEAN) and Japan, as both ASEAN and Japan are looking to become involved in the situation in Myanmar, which has been chaotic since the February 2021 coup. The national military has violently cracked down on protesting and resisting civilians that include pro-democracy activists, as well as ethnic minority forces engaged in armed struggle.

By focusing on the continuity in African security from the past Organization of African Unity (OAU) to the AU, this article reconsiders the AU’s present security function. It will then examine three ongoing security risks and consider how the AU can play a role in global security. 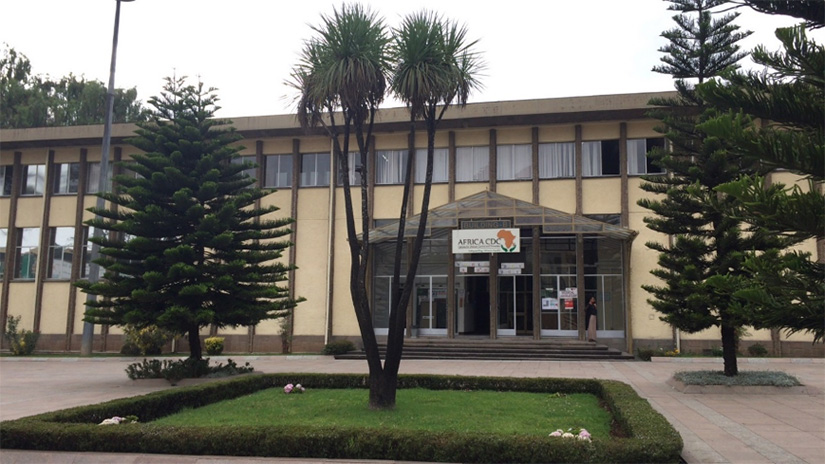 Caption: Building B of the AU headquarters, which retains the feel of the OAU era. At the time this photo was taken in 2018, the sign of the African Centres for Disease Control and Prevention (Africa CDC), which is now the central organization for Africa’s response to COVID-19, can be seen. (Photo taken by author in June 2018)

From the OAU to the AU

The AU’s current involvement in security was not part of the plan for its predecessor, the OAU, which was founded in 1963. The OAU began with 20 member countries, and international relations then were undergoing a major structural shift: the Cold War and decolonization. Some have noted that the OAU Charter's principle of non-interference in the internal affairs of member states was one of the reasons why the organization was reluctant to resolve disputes. However, there have been many turning points over the past 58 years that have led to present conditions.

First, the fact that the OAU was established to promote the decolonization of Africa and Pan-Africanism was a major motivation to resolve African security issues in a regional framework. At the leaders’ summit on the tenth anniversary of the OAU, Ethiopian Emperor Haile Selassie said in his speech on May 28, 1973 that member states had agreed and been able to carry out their obligation to resolve intra-African disputes first in the OAU before taking them to other mechanisms (i.e., the United Nations). On the other hand, he also noted that Africa could only play a limited role in collective security if it remains fragmented. He then proposed the creation of a permanent African peacekeeping force[1]. A permanent peacekeeping force never materialized, but there were nonetheless instances of external involvement in conflicts in the region during the OAU era. From 1981-1982, OAU peacekeeping operations were deployed to Chad[2].

In the 1990s, faced with the end of the Cold War and the increasing number of and qualitative changes in conflicts in Africa, the OAU established the Mechanism for Conflict Prevention, Management and Resolution (MCPMR) in 1993[3]. Salim Salim, the Tanzanian-born, long-time Secretary General of the OAU, submitted a report recommending the creation of MCPMR at the 56th Session of the OAU Council of Ministers in June 1992. It noted the need to build a system in which the OAU, in coordination with the U.N., would be permanently involved in regional conflict resolution[4]. 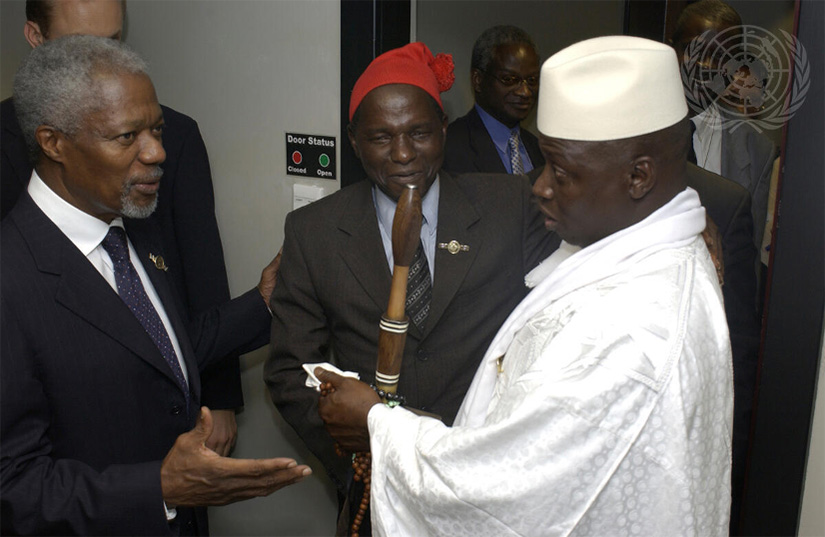 The Peace and Security Council (PSC) was established in Addis Ababa on May 25, 2004, after the parties at the 38th OAU Summit in 2002 decided to reorganize into the AU. The PSC is empowered to make important decisions on regional security policy, including establishing peace support missions, arbitration, conflict prevention, and levying sanctions against illegal regime changes[5]. To begin with, the AU founding treaty includes in Article 4 (h) the power to intervene in member states in the event of war crimes, genocide and crimes against humanity, subject to the decision of the Assembly of the African Union[6]. In combination with the African Standby Force (ASF), which was set to begin operations in 2010, the AU has become a platform to pursue African security at the regional level. In addition, sub-regional mechanisms support decision-making and policy implementation in the AU[7]. In Africa, authorities maintain a multilayered, continent-spanning structure that is based on sub-regional frameworks. These indicate that the reorganization of the OAU into the AU brought about a major shift in security matters. However, the AU still faces many challenges, such as a lack of institutional implementation, insufficient resources, and power struggles at the sub-regional level[8].

Current Security Risks in Africa and the involvement of the AU

In this way, Africa’s own efforts at addressing regional security sprouted and grew into a more substantive function in the transition from the OAU to the AU. How is the AU currently involved in security risks in Africa? This section will examine the cases of Ethiopia, Mali and Somalia. 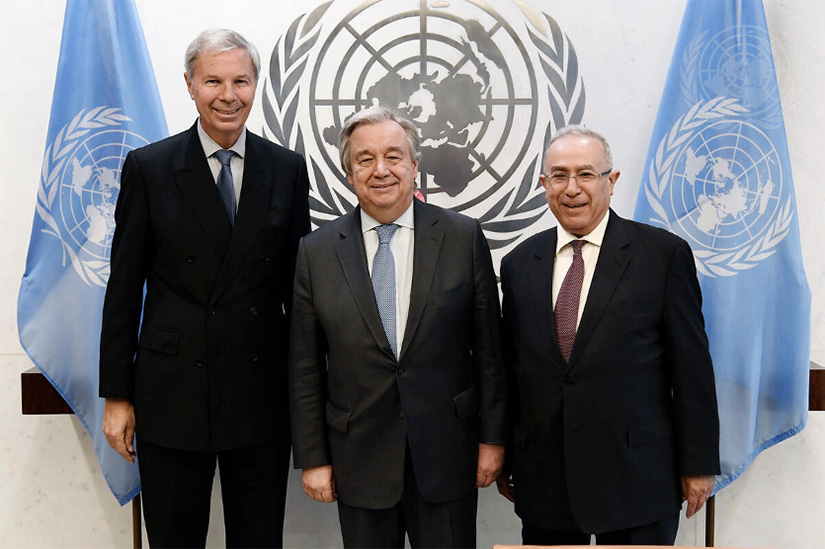 UN Photo/ Evan Schneider
Caption: U.N. Photo/Evan Schneider; UN Secretary-General Antonio Guterres meets with AU Special Envoy Ramtane Lamamra (right) and UN Special Envoy Jean-Marie Guéhenno (left) about the AMISOM Trust Fund in 2018. Guéhenno is a former head of the UN Department for Peacekeeping Operations, and Lamamra is a former commissioner for peace and security of the AU Commission. Both were chosen for their positions based on their extensive knowledge of the history of UN and AU involvement in Somalia.

To what extent can the AU involve itself in the internal unrest in Ethiopia, where Prime Minister Abiy Ahmed has won the Nobel Peace Prize? One answer can be found in The AU Election Observation Mission to Ethiopia, approved by AU Commission Chairperson Moussa Faki on June 4, 2021[9]. AU election monitoring is supposed to be based on changes made since the organization changed from the OAU, including the African Charter on Democracy, Elections and Governance (2007), the AU/OAU Declaration on Principles Governing Democratic Elections in Africa (2002), and the Guidelines for AU Election Observation Missions and Monitoring Missions (2002)[10]. The deployment of an election monitoring mission demonstrates the AU's involvement in Ethiopia’s internal unrest, which includes reports of fighting between Ethiopian government forces and the Tigray People's Liberation Front (TPLF), military suppression of northern Tigray by government forces, mass killings and refugee outbreaks since November 4, 2020. The AU has also decided that the African Commission on Human and People’s Rights will send a commission of inquiry to investigate human rights violations and inhumane acts in Tigray[11]. However, the Ethiopian government has refused to grant it entry[12], and it remains to be seen to what extent the AU will be able to take substantive measures.

Mali is a classic example of how the AU has always had to navigate the difficult waters of working with sub-regional organizations, suzerain states, and the international community. On June 1, 2021 the AU Peace and Security Council announced it would suspend Mali’s membership in the AU. The step was taken in response to two coups in August 2020 and May 2021, as well as the arrest and removal of the president and prime minister of the transitional government by the military. The Economic Community of West African States (ECOWAS) also announced on May 30 that it would suspend Mali’s membership[13]. Furthermore, on June 10, French President Emmanuel Macron announced the end of Operation Barkhane (l'Opération Barkhane) and the gradual withdrawal of French troops, which had been deployed to defeat Islamic extremists in Mali[14].

And how about Somalia? In this case the AU’s response has been, in some aspects, at odds with that of the U.N. and local government. On February 9, 2021, the AU Peace and Security Council discussed the extension of AMISOM, the mission deployed to Somalia. The Council adopted a communiqué criticizing the U.N. for not keeping common step with the AU, stating the AU would conduct its own investigation[15]. However, the elections scheduled for December 2020 in Somalia were delayed, and the special envoy chosen by the AU to coordinate with the Somali authorities was rejected by the Somali side[16]. This indicates the AU is not always in lockstep with the U.N., and that its security decisions may not be in line with those of member states and local authorities. It is clearly a challenge to reconcile regional security at the global, national and local levels. 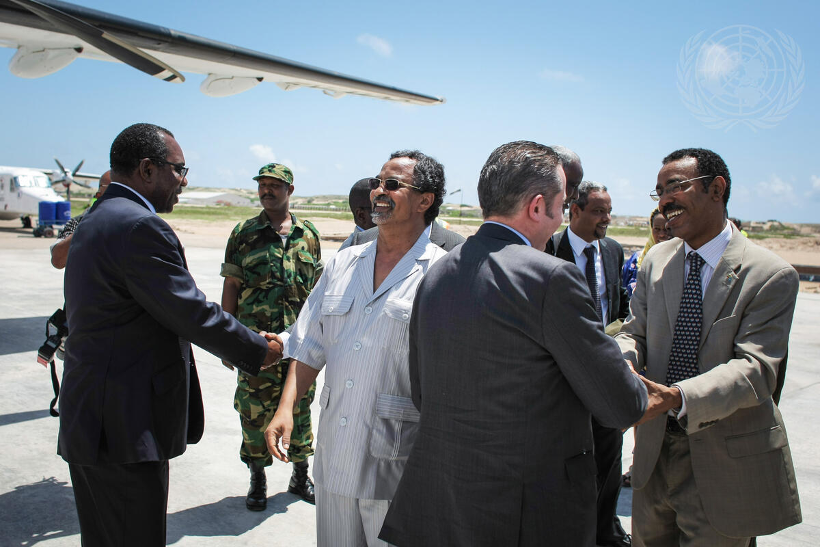 Caption: U.N. Photo/UN7288293
Members of the AU Peace and Security Council (PSC) visit Somalia in October 2013, and are greeted by the head of AMISOM and the Special Representative of the AU Commission.

For Japan, the AU is an important counterpart in Africa. Not only that, but more generally the AU offers many implications for Asia and Japan regarding what kind of organizations and institutions to build for regional security.

For example, unfortunately neither ASEAN nor Japan had the institutions or assets to effectively address the situation in Myanmar after February 2021[17]. ASEAN sticks to the principle of non-interference in countries’ internal affairs, as well as the principle of unanimity in decision-making. As Myanmar itself is a member state, there is an institutional limit on how far ASEAN’s decisions can go. In fact, Myanmar’s military established a military government in a coup, even though international observers — including Japan — certified that the November 2020 elections were fair and transparent[18]. The military regime’s violent crackdown on peaceful protesters, which have included civilians, pro-democracy activists and ethnic minorities, has been strongly condemned by the international community[19]. The situation in Myanmar has become increasingly chaotic due in part to the presence of some ethnic minority groups who have been waging an armed struggle for some time. The situation is a serious risk for the Asian region. As the largest ODA donor, Japan has a huge responsibility for the current situation, and it should find a mechanism for effective conflict resolution through regional organizations like ASEAN.

It may seem that the complex history and political dynamics of Asia would limit ASEAN, but this is not necessarily the case. African countries are far from monolithic, and they have also been affected by intra-Africa dynamics and extraterritorial interventions. They are constantly trying to figure out how to connect their diverse histories, cultures, political systems, and economic situations to create regional dynamism and stability. By analyzing the AU’s history from 1963 during the Cold War to present, one can understand why the organization ventured into the most sensitive field of security. This, in turn, will be useful in making decisions about how ASEAN should be involved in regional security, and understanding Japan’s place in Asia.

The AU’s role in African security is limited, resources are always scarce, and challenges abound. Moreover, practically speaking, Africa faces a variety of security risks other than those discussed in this article. Nonetheless, throughout its history the AU has remained engaged in regional security issues. We should continue to watch its efforts closely.