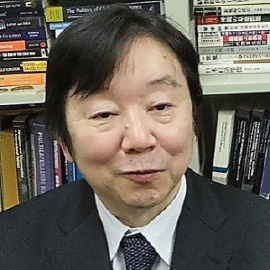 Matake Kamiya is currently professor of international relations at the National Defense Academy of Japan. He is also vice president at the Japan Forum on International Relations, adjunct research fellow at the Japan Institute of International Affairs, member of the research committee of the Researchi Institute for Peace and Security and vice president of the Japan Association for International Security. He served as Distinguished Research Fellow at the Centre for Strategic Studies: New Zealand, during 1994-1995, as a member of the editorial board of Australian Journal of International Affairs from 1997 to 2000, and as editor-in-chief of Discuss Japan - Japan Foreign Policy Forum from 2013 to 2016. His current research interests include the U.S. -Japan security relations, future of the liberal international order, Japanese foreign and security policies, the Indo-Pacific security, and nuclear issues including Japan's(non-)nuclear policy. He has been serving as the leader of the Japan-U.S. joint research project on “China Risk and China Opportunity” since 2017.

Born in Kyoto in 1961, Kamiya is a graduate of the University of Tokyo, School of Liberal Arts, and Columbia University, Graduate School of Arts and Sciences (as a Fulbright grantee).