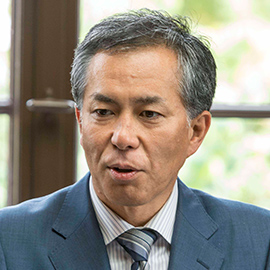 Capt. Kentaro Furuya(JCG) is an adjunct professor at the National Graduate Institute for Policy Studies (GRIPS) and professor at the Japan Coast Guard Academy. He obtained his first master’s degree from World Maritime University (MSc) and the second from the University of Greenwich (MA with Distinction). He has served as a coast guard officer and dedicated himself to maritime safety and security at the scene and to formulation of policy on shore. He was also appointed as a member of the Japanese delegation to the International Maritime Organization. Recently, he was assigned as a faculty member to the Maritime Safety and Security Policy Program, a collaborative program designed and administered jointly by GRIPS and the Japan Coast Guard (JCG) where students study professional knowledge, analytical skills, and communication skills relevant to their services. He is in charge of teaching the law of the sea and coast guard operations. His recent publications include “Maritime Security—The Architecture of Japan’s Maritime-Security System in the East China Sea,” Naval War College Review, Vol. 72(4).2019; and “The Guanabara Case: The First Case of Punishment of Somali Pirates under the Japanese Piracy Act,” The International Journal of Marine and Coastal Law, Vol. 28, 2013 (with Professor Tsuruta, J.).