Declining Democracy, Diffusing Authoritarianism: Is Democracy Compatible with the Middle East and Africa? 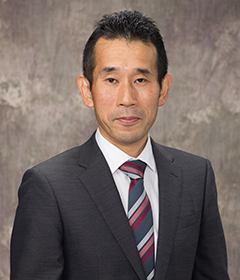 In August 2022, a referendum was held in Tunisia, and a law granting significant powers to the president was approved with 94.6% support[1]. The Jasmine Revolution broke out in Tunisia in December 2010, sparking the “Arab Spring” democratization movement in the Middle East. However, the democratization movements in each country subsequently failed one after another, and even in Tunisia, the last stronghold of the democratic initiative, the curtain came down on the movement.

In sub-Saharan Africa, violent forms of extremism such as Islamic radicalism is raging across West African countries, northern Nigeria, and Somalia. Developed countries that champion democracy regard this as a "challenge to democracy," declaring a "fight against terrorism" and providing enormous support for the eradication of terrorism. However, violent extremism has not abated[2]. On the contrary, since 2020, military coups have occurred one after another in Mali and other countries which have governance challenges, creating a chaotic situation[3].

Why did the “Arab Spring” fail?

Looking back at the democratization movement that unfolded during the Arab Spring, it is clear that there was a gap between the views of developed countries and those of people in the Middle East regarding the content of the "democratization" sought through this movement. In many developed countries, the "Arab Spring" is often understood as a movement for "political freedom" from authoritarian regimes, but what the people of the Middle East sought was "economic freedom" (i.e., liberation from economic deprivation) before "political freedom.” In the Middle East, as the population grew, young people flooded into the labor force, but society could not cope with this increase in the working population, resulting in increased unemployment, worsening economies, and greater social impoverishment[4]. Under these circumstances, the people became increasingly dissatisfied with the political system, leading to demands for democratization. However, in many countries that experienced the popular revolutions of the "Arab Spring," the democratic regimes that came into power failed to properly manage the economy, and the people were left disappointed. Subsequently, the momentum for democratization waned, and support for authoritarian regimes has grown. According to a poll by Arab Barometer, which has been conducting surveys of public attitudes in the Middle East for more than a decade, the opinion that "democracy is the best political system" has receded from 2010-2011 to 2018-2019[5]. In Libya, where the Gaddafi regime was overthrown, citizens are calling for the return of the monarchy[6].

The impact of the "fight against terrorism"

The September 11 terrorist attacks in the United States in 2001 marked a turning point in the U.S. positioning of terrorism as a "threat to democracy." Subsequently, the "fight against terrorism" became an important political agenda among democratic countries, especially in the United States, and led to increased attacks on bases of violent extremists in the Middle East and Africa, which were regarded as sources of terrorism. In addition to direct attacks by developed countries, attacks by local actors were encouraged by the provision of military support (weapons, funds, and military training) to government forces and local armed forces. As a result, militaries and other forces strengthened their capabilities. On the other hand, terrorist organizations also obtained weapons and funds from various external sources, and their combat capabilities have become more sophisticated. As a result of the growing military power on both sides of the confrontation, there has been a tendency to disregard the use of peaceful means for conflict resolution, such as mediation and reconciliation, and to make extensive use of military force to resolve conflicts. 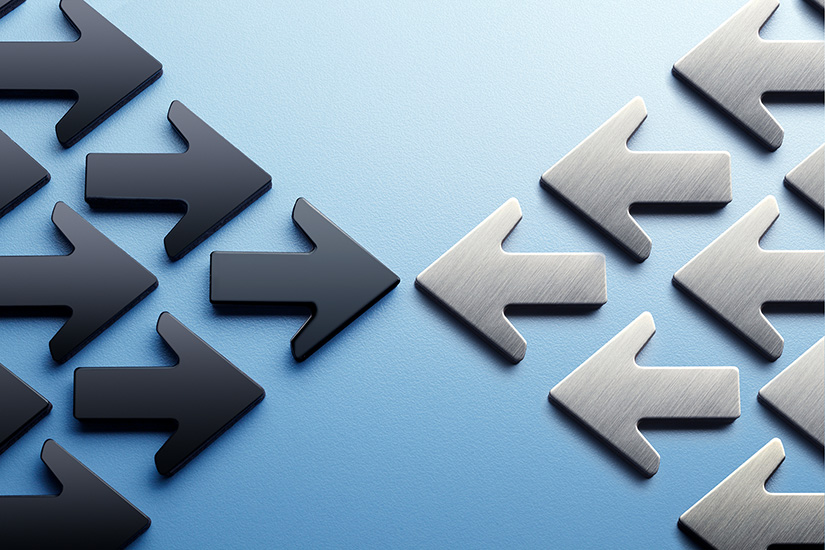 Some of the factors contributing to the emergence of violent extremism are social disparity, inequality, and government oppression. As peaceful protests and dissatisfaction with the government go unheeded, and as protests are violently suppressed, the actions of those who are dissatisfied with society become more radicalized. Support for terrorist organizations that represent these grievances also grows. On the other hand, through the damage caused by terrorist acts, citizens close to the regime demand a strong government that eliminates terrorism, and support actions by the military and others to eliminate terrorism. Such suppressive actions further increase discontent among the oppressed. In addition, the military, which has systematically grown in size and gained the support of the people, is more likely to launch coups and other political actions for its own preservation[7]. In other words, many of the actions taken in the "fight against terrorism" have focused on containing terrorism rather than eliminating its root causes, which has widened social divisions, undermined the potential for democracy, and increased the likelihood of authoritarianism and coup d'états.

African Peculiarities and the "Patron-Client" System

When considering democratization in Africa, the negative legacy of past colonial rule cannot be ignored[8]. Ethnic groups were divided among several countries, or many ethnic groups were united under one country because of colonial rule. Many African countries have been striving to create their own national identities since independence, but the "electoral" system, which is an essential component of democracy, has the effect of highlighting ethnic identities that had been submerged in the subconscious, and this has the potential to cause social division and conflict within countries[9] The divisions become more acute in the absence of inclusive policies and consideration for minorities.

The "patron-client" system is an original model of politics. This is a system in which the socioeconomically superior patron provides patronage and access to resources to the inferior client, and in return, the client provides loyalty and labor to the patron, guaranteeing the patron's status. The chieftaincy system, which places the tribal chief at the top of the governance system, is one form of this system. The patron-client system has existed widely throughout the world for thousands of years, and it is not unique to African tribes. The feudal systems of Europe and Japan also fall into this category. This system tolerates donations, bribes, and nepotism, and its legitimacy and the representation of governing leaders are sometimes questioned, so the current democracy has denied this system and formed in shape[10]. On the other hand, the patron-client system is a system in which people with shared interests come together to respond to external threats and to preserve and expand their own interests, and thus has had some success in helping ethnic minorities collectively protect their own interests. For this reason, it has a history of spontaneously emerging in many parts of the world. Democratization can be seen as a process of transition from the patron-client system that has existed until now, but the key to successful democratization is how to take care of ethnic minorities and socially vulnerable groups, especially in African countries, which are made up of multiple ethnicities. 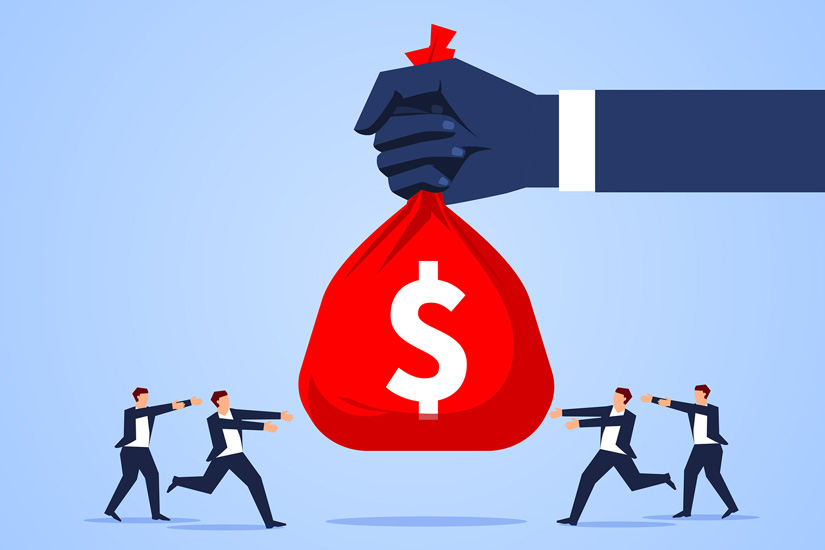 Looking back at the process of democracy in Europe, people have struggled for hundreds of years and made significant sacrifices to achieve democracy. The administrative system and officials who provide stable public services to the people have been indispensable factors in the consolidation of democracy. When considering democratization in the Middle East and Africa, the existence of such administrative structures and officials is a factor that cannot be ignored.

Has democracy lost its value?

The patron-client system increases the likelihood of corruption and saps efficiency from public administration, as nepotism places people close to political leaders in key positions[11]. The decision-making process for political leaders is also opaque, and leaders’ degree of representation is sometimes called into question. Political leaders are also driven by the desire to expand their territory to continue to distribute resources to those under their control, which can lead to conflicts and disputes among neighboring groups, and they are forced to pay higher administrative costs for armaments and security.

Many young people in Africa want to move abroad for economic and educational reasons, as well as disgust at corruption, security problems, and restrictions on freedoms in their own countries. In a survey by the Ichikowitz Family Foundation, more than half of the young people in Africa surveyed said they wanted to move abroad within three years. In Sudan and Nigeria, that number was over 70%[12]. This is a very unfortunate result and a worrisome situation for the countries’ futures. People's expectations for the "economic freedom" and "political freedom" guaranteed under a liberal democratic system have not disappeared. The question is how to realize a democratic society with substance.

Democracy is not a panacea. In many developed countries that advocate liberal democracy, inequality is widening, populist sentiment that excludes immigrants and refugees is spreading[13], and societies are at risk of division[14]. The advantage of democracy lies in its fairness, but fairness alone cannot create a society that satisfies all people. It is necessary to free people from economic deprivation, to provide special consideration and support for the socially vulnerable and minorities, and to create a coexistent society that is inclusive of those marginalized groups. The concept of "human security" is based on the idea of "freedom from fear," "freedom from want," and "respect of dignity," and pays attentions to the individual's level of life. No desirable democratic system can survive if it is built without people sharing such thinking. It is necessary to guarantee political and economic freedom, and at the same time to underpin a philosophy of "coexistence" that is inclusive of minorities and other socially vulnerable groups. 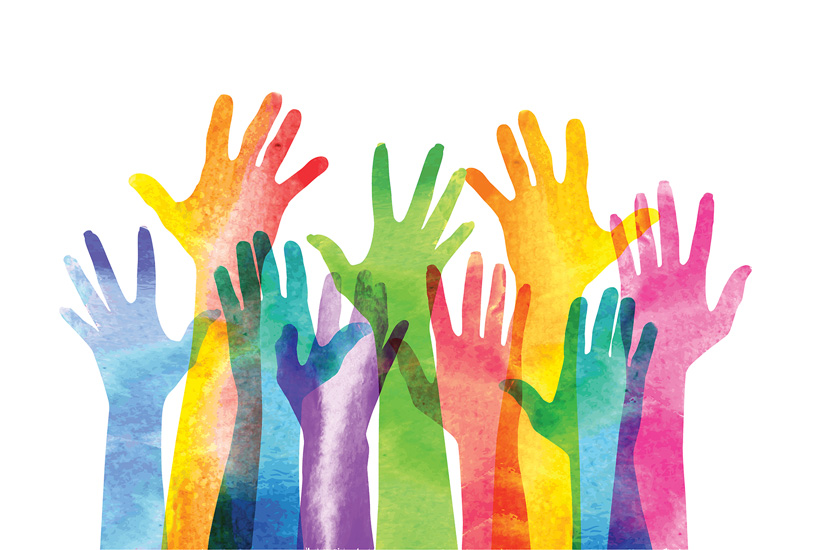 It is not that democracy is incompatible with the Middle East and Africa — democracy is still valuable so that people will not abandon their homeland and will continue to have hope for the future of their own countries. Realizing this will require the creation of a philosophy and administrative system that supports this idea, as well as the development of human capacity in these areas.

The views expressed in this article are the author's own and do not represent the official views of Japan International Cooperation Agency.