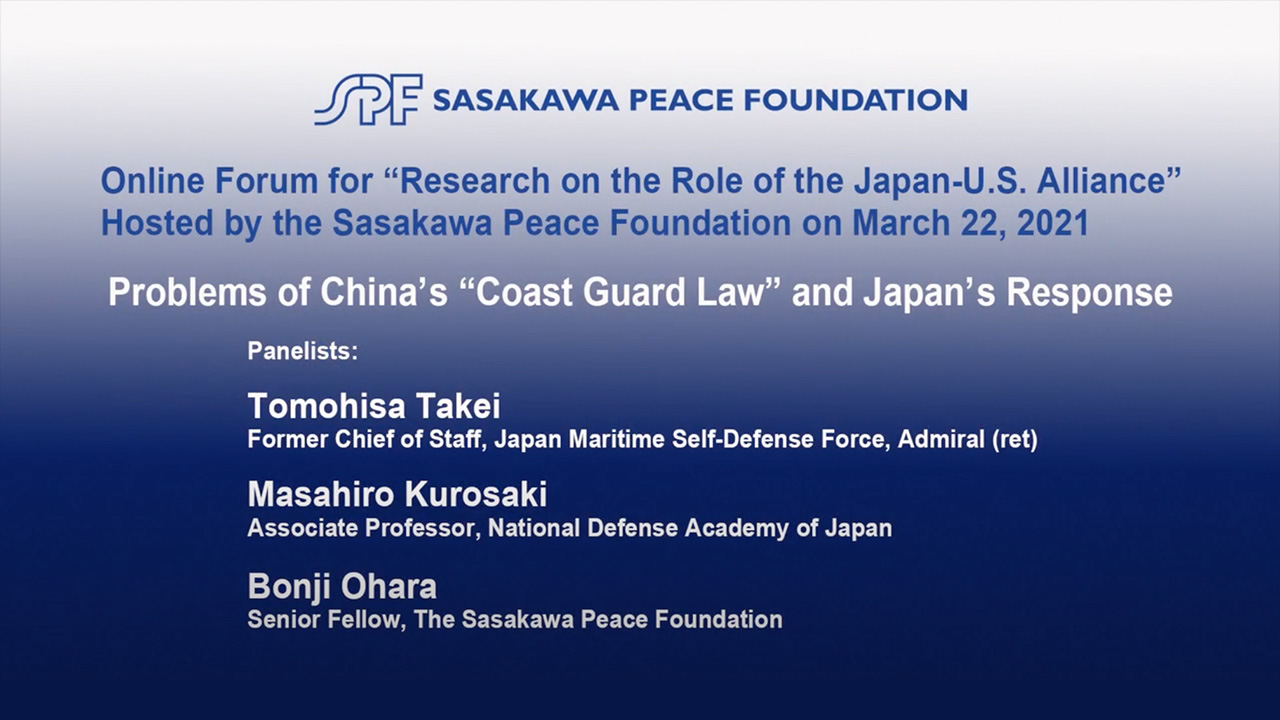 China enacted its Coast Guard Law on Jan. 23, 2021, which took effect on Feb. 1. Japanese media reports pointed out that the China Coast Guard was now authorized to use weapons and that China had put in place domestic laws to serve as the legal basis for actions not allowed under international law. However, the problems with this Coast Guard Law have not really been clarified. Moreover, the discussion on how Japan should respond has only just begun. This open forum analyzed the Coast Guard Law from the standpoints of operations and international law and discussed the issues with this law and Japan’s response. 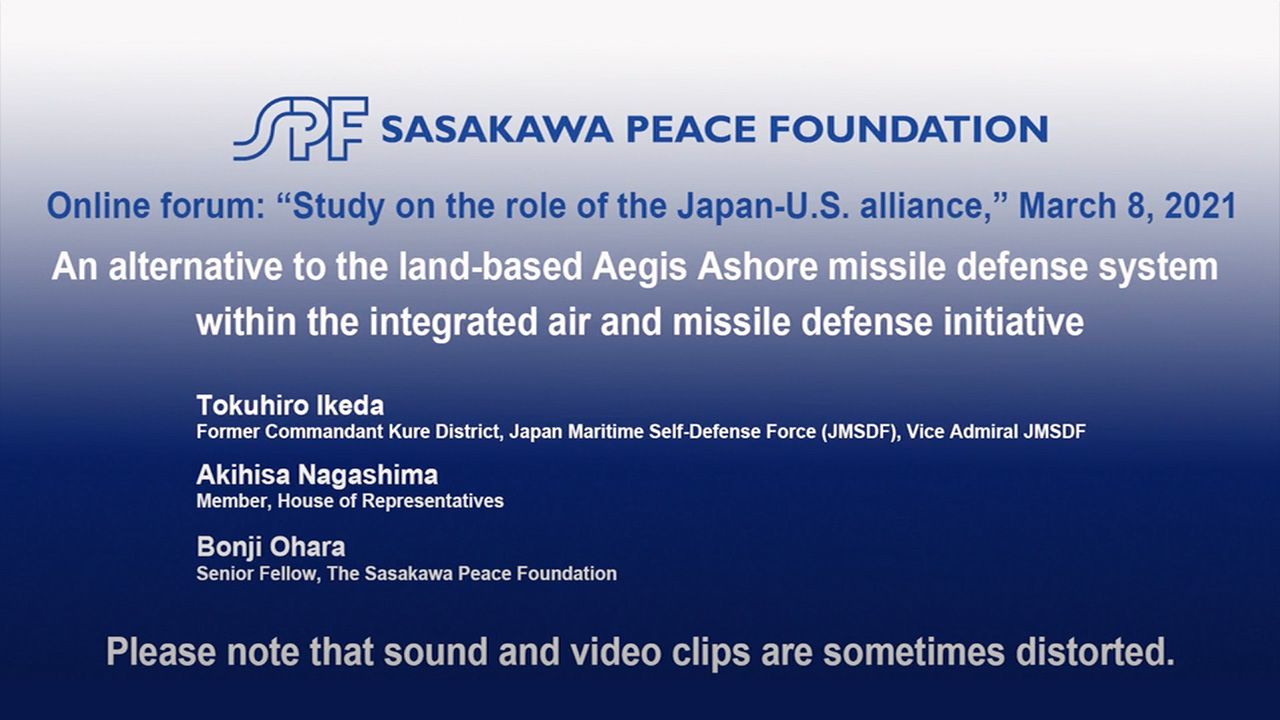 The Japanese government passed a cabinet decision on Dec. 18, 2020 to build naval vessels equipped with Aegis systems to be operated by the Maritime Self Defense Force as an alternative to Aegis Ashore. However, the type of ship on which Aegis systems will be installed has not been decided. An operational plan needs to be developed first before ships can be built, and it is necessary to clarify how ships with such systems will be positioned within the integrated air and missile defense initiative. In light of the decision on the alternative to Aegis Ashore, the forum reexamined Japan’s ballistic missile defense policy, including the role of ships equipped with Aegis systems.