Security Dialogues and Defense Exchanges between Japan and Asian Countries

Project Outline
This project aims to provide opportunities for exchanges for active military officers (Colonel to Major, and Captain to Lieutenant Commander) or retired Generals of Japan and other Asian countries in order to promote mutual understanding and build confidence in the field of security, and by so doing contribute to peace and stability in the Asia region. In FY2014, delegations from South Korea and Vietnam were invited to Japan. The delegation from South Korea was represented by retired Generals, and they interacted with military personnel including Japanese retired Generals in Japan. On the other hand, the Vietnamese delegation was composed of active military officers, and they had the opportunity to have exchanges with Japanese active military officers during the visit to Japan.
Project Activity
➣   Exchanges were held on Japan-Korea security (11 November, 2014 uploaded)
➣   Invitation of field officers from Vietnam (12 December, 2014 uploaded)

Exchanges were held on Japan-Korea security supported by SPF

From October 28 to 31, eight members of the Somg woo fea, Korea Retired Generals and Admirals Association, visited Japan. They paid courtesy calls on the State Minister of Defense and the Chief of Staff, Joint Staff, and had discussions with retired Generals of the Self-Defense Forces who are currently members of Japan Security Research Association. The delegation also visited the Naval Systems Research Center (Meguro), the Ground Self-Defense Force Fuji School (Shizuoka Prefecture), where they learned about technical development, education and training systems, and the equipment of the Self-Defense Forces. Although inter-governmental relationship between Japan and South Korea remain uneasy in recent years, this project, as an initiative led by a private foundation, played a role in contributing to fostering mutual understanding between the two countries and confidence building in the security field by providing opportunities for a dialogue between defense personnel. 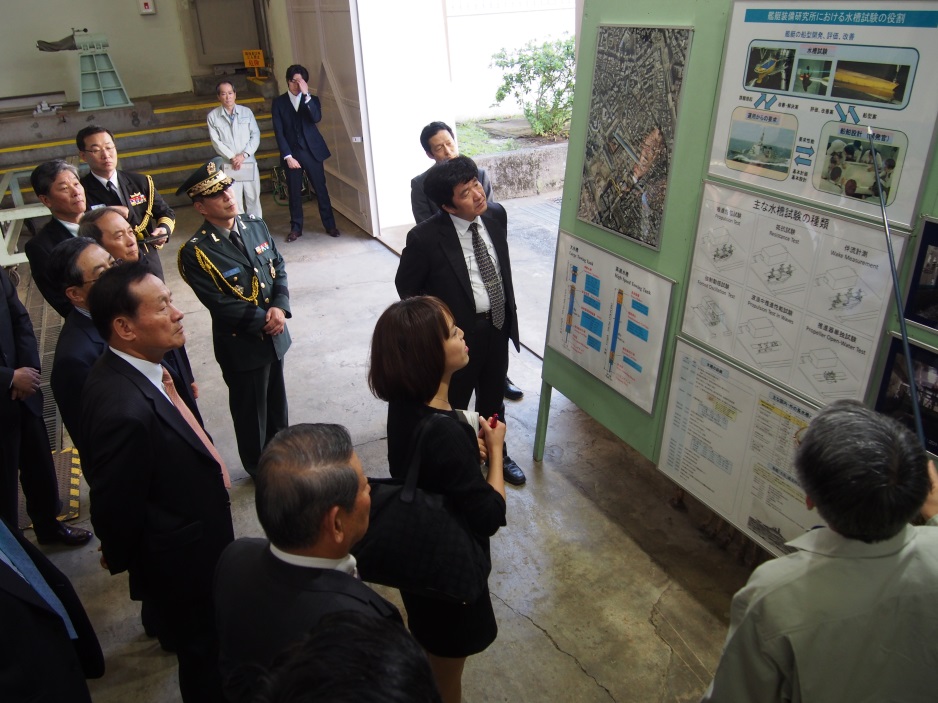 Invitation of field officers from Vietnam

Japan and Vietnam have developed the "Strategic Partnership for the Peace and Prosperity of Asia (October 2006)". The two countries maintain good economic relationship. However, more effort should be made to strengthen bilateral relationship in order to promote peace and stability in the Asia-Pacific region. Accordingly, as part of the "Security Dialogues and Defense Exchanges between Japan and Asian Countries" project, a 14-member (12 Army, 1 Navy, 1 Air force) delegation of active field officers from the People's Army of Vietnam headed by a Vietnamese General visited Japan, by SPF's invitation from November 30 to December 6, 2014. While in Japan, the delegation paid courtesy calls on the Vice Minister of Defense, the Director General, Bureau of Defense Policy and the Chief of Staff, Joint Staff, and visited the National Institute for Defense Studies (Meguro), the Middle Army HQ, Ground Self-Defense Force (Itami), the Kure District, Maritime Self-Defense Force (Kure), and the Officer Candidate School, Air Self-Defense Force (Nara).
When visiting the Ground Self-Defense Forces, in addition to paying a courtesy call on the Middle Army Commanding General, the delegation also was briefed on the equipment involved in humanitarian assistance and disaster relief (HA/DR) from the infantry regiment and Middle Army Medical Service. When visiting the Maritime Self-Defense Forces, the delegation paid a courtesy call on the commandant of Kure District and was given a chance to take a look at the Hyuga-class destroyer "ISE". In addition, the delegation visited the officer candidate school to learn about education and the training for young officers in the Air Self-Defense Force. Between visits to each of the Self-Defense Force, the delegation visited Hiroshima Peace Memorial Park, Kyoto and Nara, and came into contact with Japanese history and culture.