Adaptation to Climate Change in the Ocean and Coastal Area 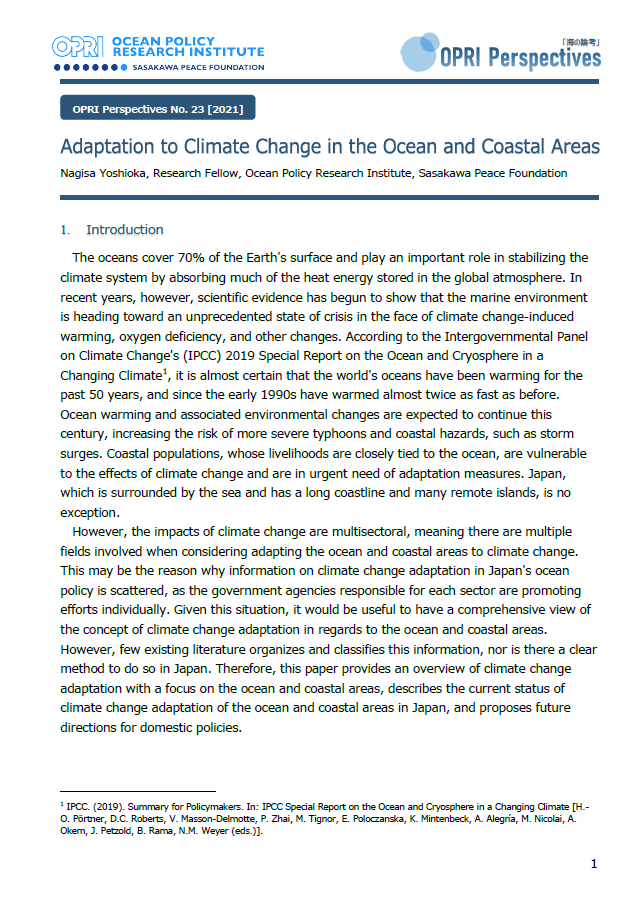 The oceans cover 70% of the Earth's surface and play an important role in stabilizing the climate system by absorbing much of the heat energy stored in the global atmosphere. In recent years, however, scientific evidence has begun to show that the marine environment is heading toward an unprecedented state of crisis in the face of climate change-induced warming, oxygen deficiency, and other changes. According to the Intergovernmental Panel on Climate Change's (IPCC) 2019 Special Report on the Ocean and Cryosphere in a Changing Climate, it is almost certain that the world's oceans have been warming for the past 50 years, and since the early 1990s have warmed almost twice as fast as before. Ocean warming and associated environmental changes are expected to continue this century, increasing the risk of more severe typhoons and coastal hazards, such as storm surges. Coastal populations, whose livelihoods are closely tied to the ocean, are vulnerable to the effects of climate change and are in urgent need of adaptation measures. Japan, which is surrounded by the sea and has a long coastline and many remote islands, is no exception.