The Problem of Seafarer Replacement Arising from the COVID-19 Pandemic and Japan’s Response: From the Perspective of the 2006 Maritime Labour Convention 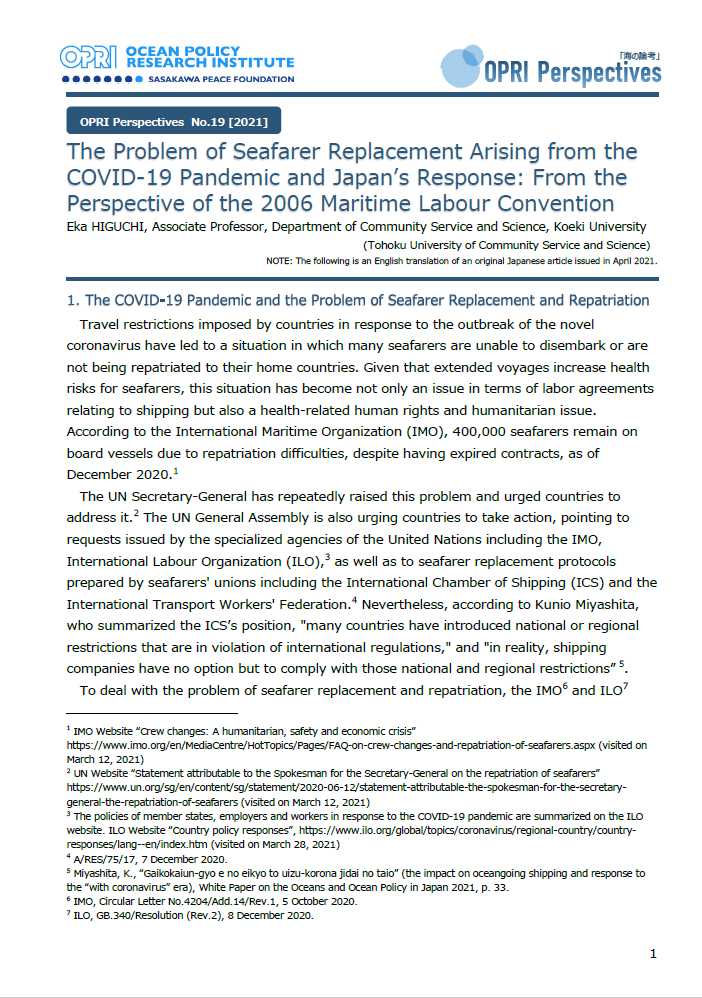 Travel restrictions imposed by countries in response to the outbreak of the novel coronavirus have led to a situation in which many seafarers are unable to disembark or are not being repatriated to their home countries. Given that extended voyages increase health risks for seafarers, this issue has become not only an issue in terms of labor agreements relating to shipping but also a health-related human rights and humanitarian issue. The UN Secretary-General has repeatedly raised this problem and urged countries to address it. The UN General Assembly is also urging countries to take action by mentioning requests issued by the International Maritime Organization (IMO), International Labour Organization (ILO), and other specialized agencies of the United Nations. According to the IMO, many countries have taken measures to replace or repatriate seafarers as a result of these efforts, and 55 countries, including Japan, have designated seafarers as “key workers” as of February 2021. At the same time, however, the IMO has also voiced concerns about countries that have not taken such measures and that continue to impose travel restrictions. Focusing on the issue of seafarer replacement and repatriation that arose in 2020, this paper presents standards in the Maritime Labour Convention of 2006, which is the relevant international convention in this case, and then considers the Japanese government’s responses.