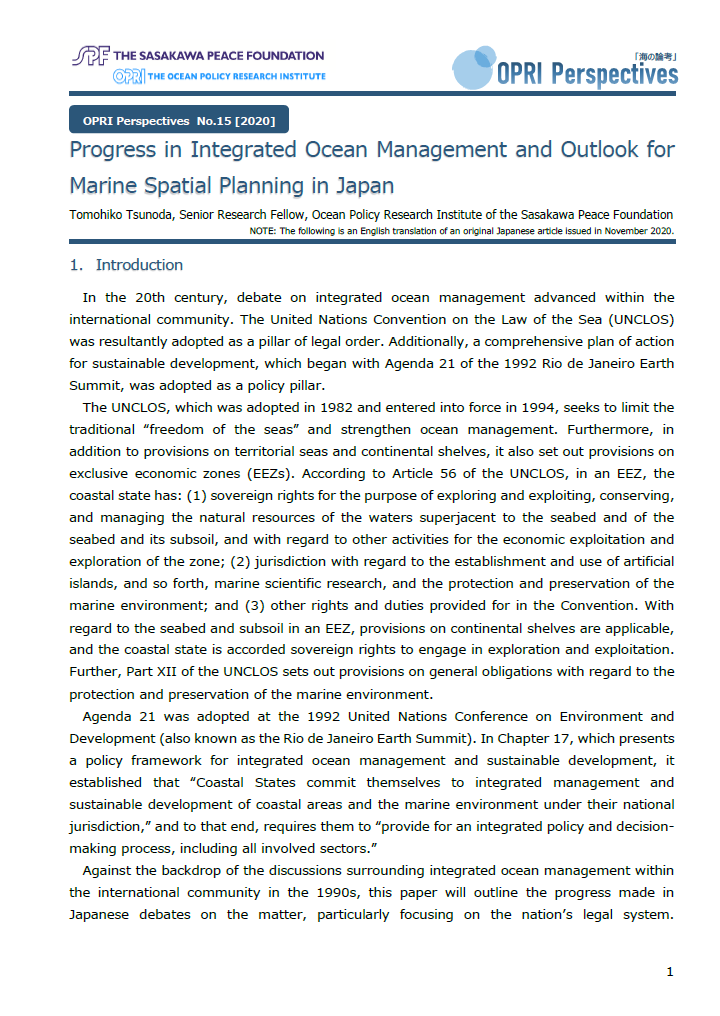 In the 20th century, debate on the subject of integrated ocean management advanced within the international community. As a result, the United Nations Convention on the Law of the Sea entered into force in 1994 as a pillar of legal order. Meanwhile, a comprehensive plan of action for sustainable development, which began with Agenda 21 of the 1992 Rio de Janeiro Earth Summit, was adopted as a policy pillar. Against the backdrop of the discussion surrounding integrated ocean management within the international community in the 1990s, this paper will outline the progress made in Japanese debates on the matter. In particular, this paper will examine the legal system and the development of the Basic Act on Ocean Policy that was enacted in 2007. Simultaneously, it presents a future outlook for Japan, while focusing on marine spatial planning as pathways for realizing integrated ocean management.