Current Situation for Research into the Marine Issue of Microplastics, and Future Challenges 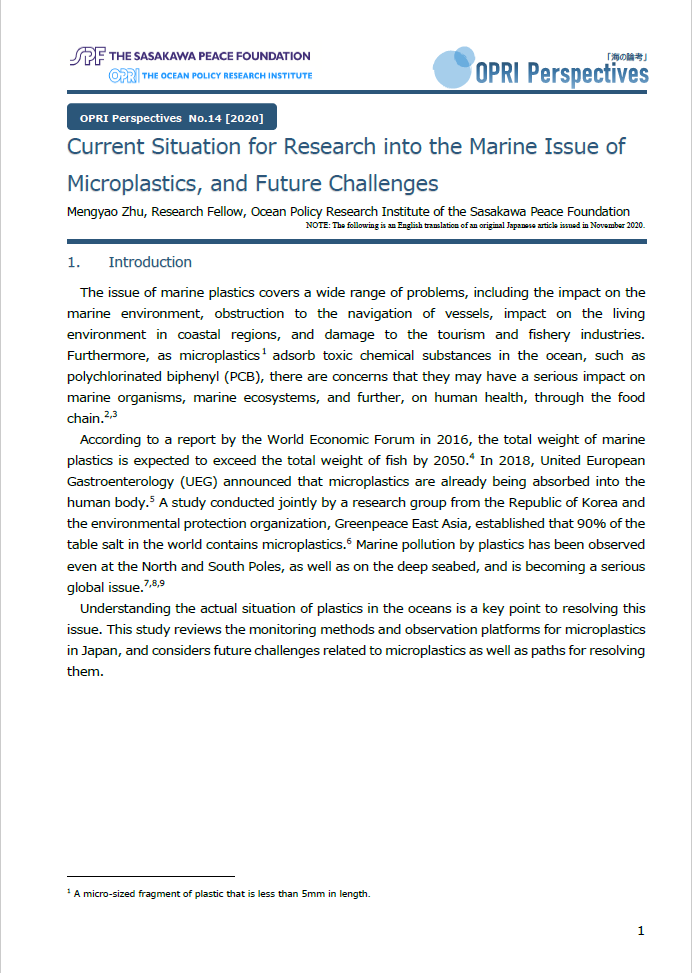 Marine plastic pollution caused by plastic waste, such as microplastics, is spreading on a global scale. As reported, microplastics have been observed even at the North and South Poles, as well as on the deep seabed. For this reason, it is drawing increased attention from the global community as a new and serious marine environmental issue. At the UN Summit held in 2015, the prevention of marine pollution, including marine waste, was established as the 14th goal under the Sustainable Development Goals (SDGs). To resolve the problem of marine plastics, it is first necessary to make clear the actual situation regarding microplastics through observation surveys and studies. As a maritime power that ranks sixth in the world in the area of its exclusive economic zone (EEZ) and fourth in the world for its sea water volume, Japan is expected to play an important role in resolving this issue. This study gives an overview of the monitoring methods and observation platforms for microplastics in Japan, and considers future challenges related to microplastics, as well as paths for resolving them.