On the first day of the Reiwa Era, May 1st 2019, the Ocean Policy Research Institute (OPRI) of the Sasakawa Peace Foundation co-organized a Regional Workshop just prior to the ADB Annual Meeting held in Nadi, Fiji. The theme of the workshop was the Blue Economy, Disaster Risk Financing, and Ocean Infrastructure and it was co-organized with the Asian Development Bank Institute (ADBI), Fiji National University, and the Asia-Pacific Applied Economics Association (APAEA). Focusing on sustainable ocean management and blue financing, 20 speakers from academia and funding institutes made presentations at the workshop with 70 participants, consisting of specialists and government officials from Pacific states.

In his opening remarks, OPRI President Atsushi Sunami pointed out that the theme of the workshop – the “beautiful harmony” of humanity, ocean, and disaster risk management was an apt reflection of the meaning of the new “Reiwa” era of Japan. In addition, he noted that further development of the blue economy requires more innovative financing activity, thus emphasizing the significance of “blue finance.” In his keynote speech, ADBI Dean Naoyuki Yoshino spoke on the importance of private investment for ocean infrastructure, especially the energy sector. He suggested that such infrastructure investments could create a ripple effect on government revenue and also a positive cycle of better rates of return on investment.

The three sessions of the workshop were the “Blue Economy, Ocean Infrastructure and its Impact,” “Implications of Disaster Risk Management for Blue Economy,” and “Regional Focus – Small Island Developing States,” with presentations by specialists followed by discussions. Professor Joeli Veitayaki from the University of the South Pacific indicated the importance of fund accessibility for coastal communities from the viewpoint of climate change adaptation and ocean conservation. Moreover, other specialists suggested the application of innovative financing mechanisms through insurance for coral reef preservation. 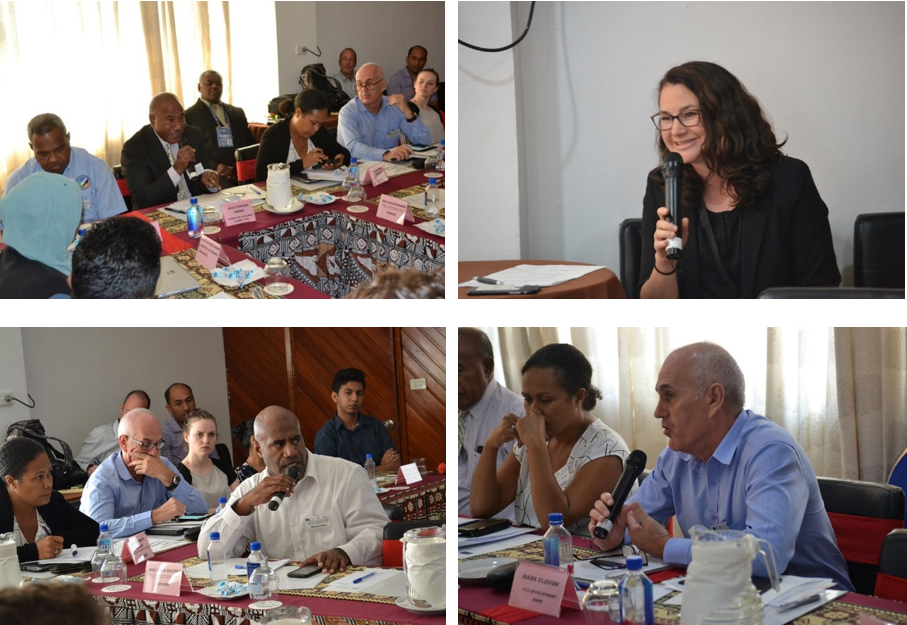 Lively discussion among the participants. 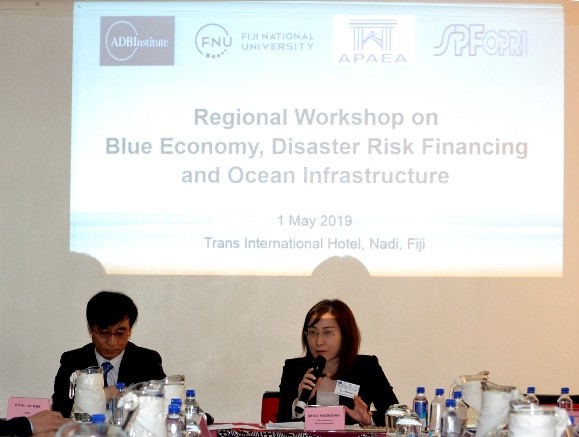 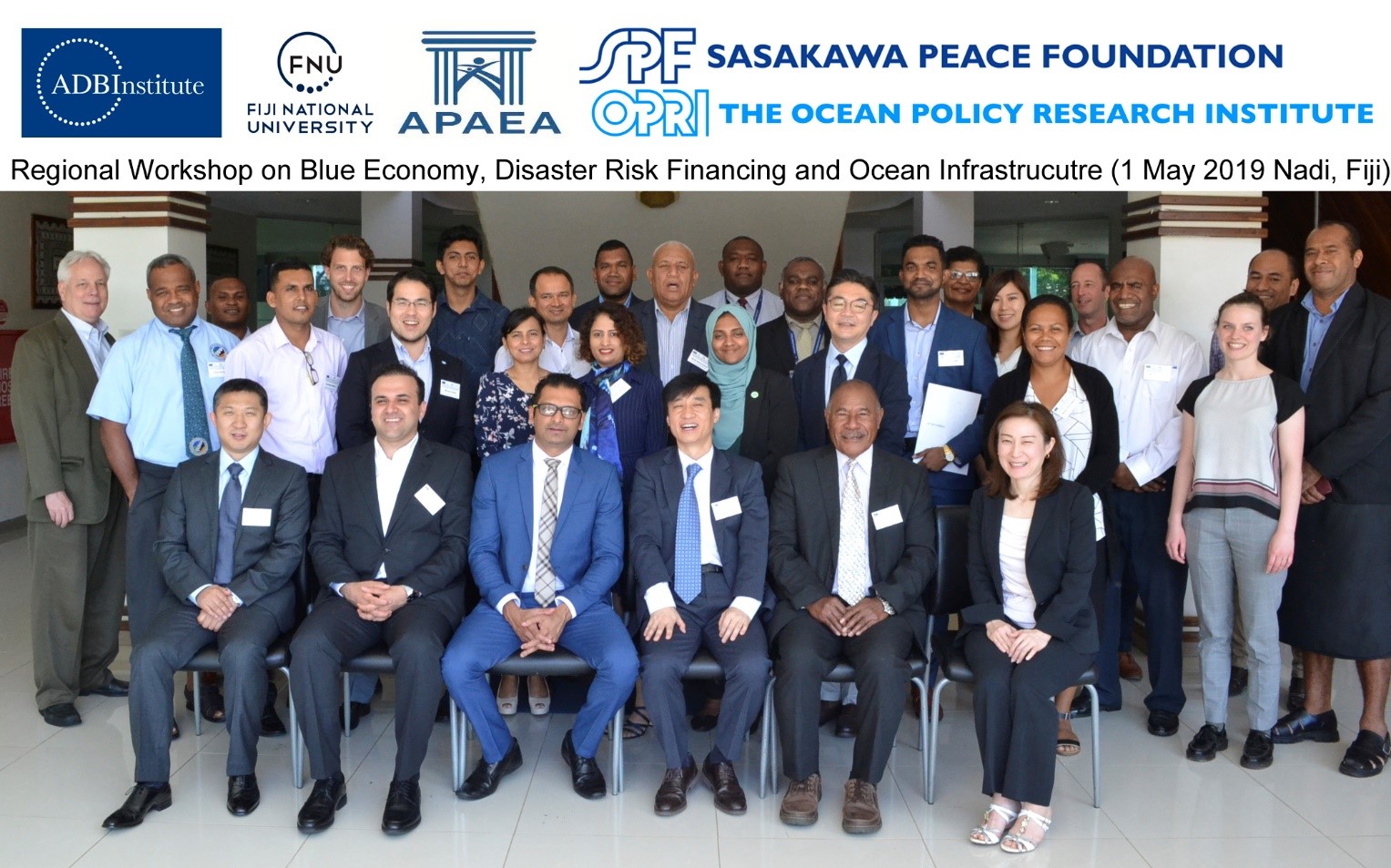 Group picture of the workshop

Japanese Finance Minister Taro Aso and other political leaders also attended the ADB Annual Meeting, where the announcement of the “Ocean Financing Initiative” was made to advocate the investment of $5 billion in an “Action Plan for Healthy Oceans and Sustainable Blue Economies,” highlighting the massive and problematic issues of ocean pollution. It is indispensable to consolidate economic growth in the fishery and tourism industries that small island developing states (SIDS) depend on, using diversified and sustainable financing methods, and to tackle problems such as climate change and natural disaster risk while increasing regional resilience. The workshop provided the occasion for academia and practitioners to share and accumulate knowledge. It is hoped that productive discussions and academic collaboration on these challenges will continue to be carried out among the participants in future.