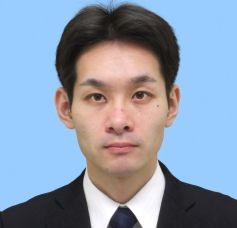 Hiroshi Sambyakugari is a Research Fellow at the Sasakawa Peace Foundation (SPF). He received an M.A. in Security Studies from the National Defense Academy of Japan. His main research field includes Japanese defense policy and the U.S.-Japan Alliance, in particular the Japan-United States Security Consultative Committee (Two-plus-Two). He presented on the theme of "US-Japan Security talks between The 1997 Guidelines and The New guideline" at the "Japan Association for International Security" regular study group in July 2019.

Between 2006 and 2011, he worked for the Japan Maritime Self-Defense Force (JMSDF). He was assigned to the destroyer and was dispatched to the Indian Ocean in 2009. His retirement rank in the JMSDF was Lieutenant Junior grade. From 2016-2019, he worked for the Research Institute for Peace and Security (RIPS) where he managed the Japan-US Partnership Program. He is currently in charge of the "Security Dialogues and Defense Exchanges between Japan and Asian Countries" project at SPF.

Security Dialogues and Defense Exchanges Between Japan and Asian Countries